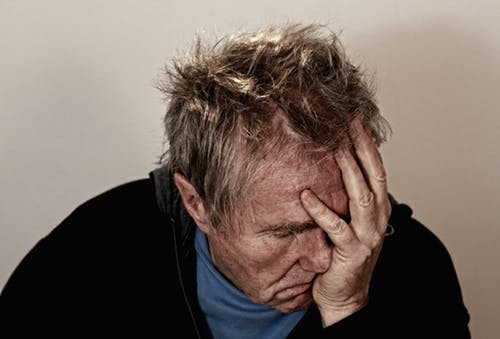 We scour through recent court cases, laws moving through congress, whispers in the government and various, international news sites to find the latest things happening that could infringe upon your freedom… or that just make us laugh and cringe due to the never-ending stupidity of governments around the world.

If we had to pick one, dominant trend for 2018, it would be the rise of the “snowflake.”

It seems last year, everyone was a victim… and if you had an opinion on anything, you risked “triggering” huge amounts of people who would then retaliate your horrible offense with a social-media lambast.

We’ve compiled six of the most ridiculous stories we encountered in 2018.

Ironically, while humor seems to be dead in greater society, these stories are damn hilarious, and some are outright absurd.

A British vegan man expressed concerns that the company he worked for invested money from its pension funds in non-vegan companies.

Then he was fired.

He sued, and now, a British court will decide if vegans should have protection, just like religions, for their beliefs.

If the court rules in his favor, British vegans will be protected by law against workplace discrimination based on their “beliefs.”

The further we go on with this whiny, victim mentality trend, the more claims anyone could have to consider themselves discriminated against.

Fired for being too short, old, fat, bald or sexy.

2. Climate Activists did only what was necessary to save us all

If you broke into a home to save a child from a raging fire, you probably wouldn’t face any criminal charges.

But if you did, you could use the “necessity defense.” It was necessary to break the law to save the child. The emergency made the law unnecessary under the circumstances.

Climate activists tried to use that same defense.

They trespassed on private property and tampered with an oil pipeline. The emergency they say is global warming.

Using the emergency shut off valve on the pipeline was necessary to stop climate change, they argued.

An appeals court agreed and said the activists could use the “necessity” defense.

But the tactic never got tested in court.

In October, charges were suddenly dropped against the activists. This actually upset some activists who hoped that the case would set a precedent for future “necessity defenses.”

3. Scotland Cracks Down on the Right to Peel Potatoes

Things might be different if William Wallace had prevailed…

Scottish Police arrested a man for possession of a dangerous weapon in public. He was carrying a potato peeler.

Being “in possession of an object which had a blade or was sharply pointed,” carries up to four years in prison as Great Britain cracks down on a rash of knife violence.

But guys with potato peelers probably aren’t the main source of knife crimes in the UK.

Now who’s going to make all the chips?

He wasn’t selling drugs on the corner. This Charleston teen was selling palmetto roses: handcrafted souvenir roses woven from palms.

And Police actually arrested the teen for this unauthorized entrepreneurship.

See, the city of Charleston runs the Palmetto Artisan Program. The program is meant to teach entrepreneurship skills to 9 to 16 year-olds. It is illegal for nonparticipating youth to sell palmetto roses within the city.

Adults over the age of 18 in the city are free to craft and sell their own palmetto roses.

Apparently there is no legal way for a 17-year-old to sell palmetto roses in Charleston.

But this teen and many others consider the Palmetto Artisan Program too restrictive.

It requires youth to waste a full week “training” for something they already know how to do.

God forbid they make more money selling the roses on their own.

So Charleston isn’t really teaching a lesson in entrepreneurship. It’s a lesson in cronyism and overregulation. Get the government to arrest your competition, and it’s easy street!

Great job, Charleston. You really taught this teen a valuable lesson about the sorry state of American entrepreneurship.

How many times have you gone to the grocery store looking to purchase something that has been brutally slaughtered, only to be tricked into buying a soy substitute?

The French parliament had enough, the great patrons of steak and béarnaise sauce, and criminalized using meat terms to describe non-meat products.

For instance, a company that describes their flattened bean and tofu patties as veggie-burgers will be fined $300,000.

The same goes for calling non-animal products milk. Do almonds have udders? No. That is nut protein dissolved in water.

It might not surprise you that the law was crafted by a cattle-farmer. Just get rid of that pesky free speech and he can sell more meat!

Since 2013, the European Union has required all products with traditional dairy names to come from “normal mammary secretion.” They grandfathered products like coconut milk and peanut butter.

Meanwhile in the US, you can still call your pureed-veggie-tubes meat-free hot dogs.

A similar class action lawsuit was dismissed in US courts. Judges said that no reasonable consumer would be misled by terms like almond milk.

California was all set to slap the cuffs on that poor teen just trying to make a living waiting tables.

In early 2018, California lawmaker Ian Calderon introduced state legislationthat would have made it illegal for a waiter to bring a customer a plastic straw unless specifically requested.

Wait staff who dropped an unrequested straw on the table could have faced up to six months in jail, and a $1,000 fine.

Calderon said that the excessive penalties automatically apply to any new misdemeanor.

So no matter how trivial the rule, boom, maximum fine and maximum prison time.

That exact bill never passed. But a different California law went into effect January 1, 2019 banning plastic straws in some restaurants. The new version only carries a fine to the restaurant of up to $25 per day, maxing out at $300 per year.

There you have it. Six of the most absurd stories we encountered in 2018.

From a teenager getting arrested for working hard making palm roses to veganism being considered a religious belief.

If you’ve ever wondered what you’re government has been up to… here’s a brief snapshot.