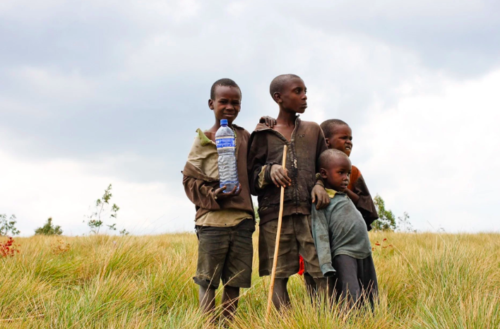 STAFF NEWS & ANALYSIS
The Unseen Costs of Climate Alarmism Are Paid by the Global Poor
By Laura Williams - September 09, 2019

Young people are often heralded for their good intentions and their love of social causes. What we’re less experienced with, like all humans, is multiple-stage planning—the kind of forethought it takes to anticipate not just what to do, but the unintended consequences of doing it.

The issues we’re most passionate about—or afraid of—are the hardest to see clearly. For example, Rep. Alexandria Ocasio-Cortez (D-NY) was dismissive of those who point out  “the costs” of combating climate change.

Her certainty that anticipated problems years down the road necessitate immediate sacrifice ignores the principle of unseen consequences. It feels good to advocate for immediate, sweeping change, but the costs—the trade-offs—of implementing long-term climate plans would be near-term tragedy for millions around the world.

The Fallacy of Good Intentions

Reality doesn’t bend to good intentions. If we fail to consider the secondary and unseen effects of even our well-meaning actions, our grand plans can make things much worse. French economist Frédéric Bastiat famously illuminated these difficult-to-anticipate aftereffects:

[Any] act, a habit, an institution, a law, gives birth not only to an effect, but to a series of effects. Of these effects, the first only is immediate; it manifests itself simultaneously with its cause—it is seen. The others unfold in succession—they are not seen: it is well for us, if they are foreseen. Between a good and a bad economist this constitutes the whole difference—the one takes account of the visible effect; the other takes account both of the effects which are seen, and also of those which it is necessary to foresee.

One of the principal laws of economics and logic is that nothing is ever just one thing, because resources always have alternative uses.

When the UN claimed H5N1 avian flu epidemic would kill millions in 2005, researchers diverted precious resources away from far more serious health problems. Fewer than 300 died from H5N1, which is about a tenth of the lives malaria claims every day. The panic over a perceived pandemic can kill far more than the disease itself because the resources marshaled to fight it come from somewhere else.

When we embrace the meatless burger as a victory over factory farming, we don’t consider how much added land must be cleared to raise soybeans. We enthuse about “zero-emission” electric cars but fail to see the coal-burning power plant at the other end of our electricity grid. We agree to eschew plastic straws without calculating whether “strawless” lids actually use more plastic. The larger the proposed change, the greater the potential fallout.

We protest pipelines without considering how many tanker trucks must be added to move that fuel to heat homes. We decry fossil fuels as dirty or villainous, without appreciating their role in protecting forest which would otherwise be farmed or burned for fuel.

In our zeal to do what feels like a helpful thing, we don’t anticipate the consequences. The larger the proposed change, the greater the potential fallout.

The Seen and the Un(fore)seen: Climate Mitigation Edition

Each of the UN’s Intergovernmental Panel on Climate Change (IPCC) reports, that guide our understanding of climate change, account for large leaps in worldwide wealth between 2000 and 2100. Even the poorest in the world—sometimes called “the Bottom Billion”—will be four to eighteen times as wealthy as they are today, according to the IPCC.

Wealthier people are more able to cope with climate change and are overall less likely to die from all-natural causes than the very poor. Whatever the ill effects of climate change, the funds needed to keep people safe will be far more abundant in the future than they are now. In the short term, the resources AOC claims must be used to fight distant climate change have more pressing alternative uses because people are poorer now than anyone will be then, even by IPCC’s somewhat dire predictions.

To demand sacrifice from the residents of developing countries—like paying higher prices for scarce food so some of it can be burned as biofuel—will do far more damage than a potential flood in 50 years, when the risk of starvation will be small. Such demands make no sense, as Matt Ridley colorfully explains in his book, The Rational Optimist:

[Climate alleviation expenditures require] that a life saved from coastal flooding in 2200 should have almost the same spending priority now as a life saved from AIDs or malaria today…it implies that your impoverished great great great grandfather, whose standard of living was roughly that of a modern Zambian, should have put aside most of his income to pay your bills today.

Even in the IPCC’s worst-case scenarios, those facing the harms of climate change in 100 years will be many, many times more prepared to deal with those harms than we are currently equipped to sacrifice in hopes of preventing them.

We should celebrate young peoples’ desire to do good and to change the world. We should also be aware of the disastrous impacts of “just doing something” when no one can foresee how the doing—or our own undoing—may unfold.

My great-grandchild’s access to the Florida Keys cannot be prioritized over a living child’s access to adequate food, even if growing it requires fossil fuel and pesticides. To demand that we “do something” to curb economic growth is to prioritize future convenience over contemporary survival.

Dr. Laura Williams  teaches communication strategy to undergraduates and executives. She is a passionate advocate for critical thinking, individual liberties, and the Oxford Comma.

This article originally appeared on FEE.org.