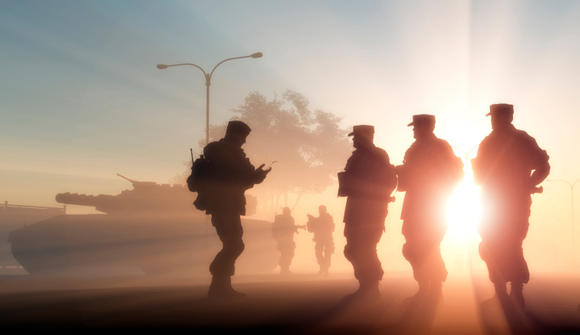 Pakistan-Afghanistan hotline set up to reduce tension … Pakistan and Afghanistan have established a hotline between their respective military commanders to reduce frequent cross-border tensions … Security co-operation between the two countries is seen as crucial in countering the growing Taliban threat. – BBC

Dominant Social Theme: Everything is going to plan. Step by step we create peace, even if it takes 20 years of warfare.

Free-Market Analysis: The meme of the long war is in full swing. In fact, the idea is not to mention the length of the war, only the steps taken to ameliorate it.

The BBC is doing its best to advance this perspective. This strategy and that strategy certainly provide indications of progress. Don't they?

This article, for instance, talks earnestly about the expanded conversation between Afghanistan and Pakistan. This is held out to be a Good Thing.

The article informs us, "News of the hotline comes as Afghanistan will host discussions next week with Pakistan, the US and China to prepare the ground for possible Afghan peace talks involving the Taliban."

Surely this sounds hopeful. We learn, "Afghanistan sees Pakistani support as crucial if negotiations with the Taliban are to be successful. "

Meanwhile, the article quotes Pakistani Prime Minister Nawaz Sharif as saying that "working for the achievement of a peaceful neighbourhood is a cardinal principal of Pakistan's foreign policy."

Sharif wants the negotiations to coordinate security measures that make the gains in Afghanistan "durable and irreversible."

Obviously, US generals want to ensure the same thing (no matter that at least some of the gains seem ephemeral). In fact, earlier this week a "top U.S. general" told USA Today that the Pentagon might ask for an additional deployment of troops for Afghanistan.

But let us expand. The difference between the two approaches is stark. The BBC ignores the history of the conflict and simply reports on enhanced communication and renewed peace talks. The Pentagon is coming from a more negative perspective.

Afghanistan's security situation is so tenuous that the top U.S. commander there wants to keep as many U.S. troops there as possible through 2016 to boost beleaguered Afghan soldiers and may seek additional American forces to assist them.

Army Gen. John Campbell said in an interview with USA TODAY that maintaining the current force of 9,800 U.S. troops to train Afghan forces and conduct counter-terrorism raids is vital, and that the scheduled reduction to 5,500 by Jan. 1, 2017, should be put off as long as possible.

… News from Afghanistan in 2015, when American troops ended their daily combat mission after 14 years, has been grim. Taliban insurgents stormed the northern provincial capital of Kunduz in October and were pushed out after fierce fighting that included an inadvertent attack by a U.S. warplane on hospital that killed 42 civilians.

The article goes on to explain that "in the second half of 2015, the overall security situation in Afghanistan deteriorated with an increase in effective insurgent attacks and higher (Afghan security force) and Taliban casualties."

We can see clearly that the Pentagon has decided not to sweeten this bloody news. The BBC and USA Today article approach the war from very different points of view, but neither article mentions the tragic length of the war or the myriad justifications that have been advanced.

This is the meme, ultimately, and it is one that verges on insanity. No matter who is in power in the West, this "war" trudges forward. It is perhaps the clearest evidence of a supine and rigidly controlled media. Reports simply assume the length of the war whether or not they mention it. One is not supposed to dwell on it or even ask why.

That regulatory democracy tolerates this sort of reporting month after month and year after year is compelling evidence of the West's moral degeneracy and the corruption of its leaders. Confront this reality and plan accordingly.