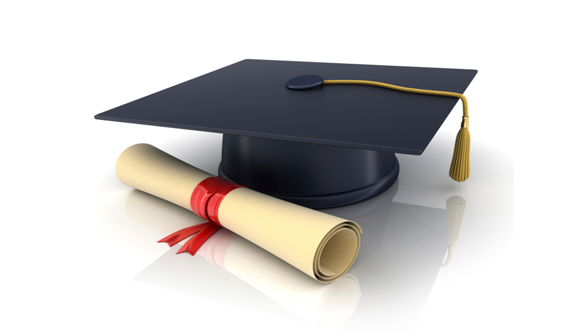 STAFF NEWS & ANALYSIS
There are better options than taking on the biggest liability of your lifetime
By Joe Jarvis - July 20, 2022

It was early in 2016 when I came across a Facebook post talking about a free entrepreneurship workshop for young people due to be held that summer in a country that I had barely heard of— Lithuania.

I was intrigued and searched the Internet for more information.

It turned out that thousands of prospective students had submitted application videos to the workshop, vying for one of the coveted 50 slots.

So I made my own video… and much to my own surprise, I was accepted to the workshop! A few months later I flew to Lithuania and met the founders of the group— Viktorija, and Simon Black.

I’ve always been a writer and had published a fiction novel prior to attending, so I felt a little out of place at a an entrepreneurship workshop.

But Simon taught me that entrepreneurship doesn’t necessarily mean having your own business. Entrepreneurship is about value creation, in whatever form that takes. And that’s why there were other students from all sorts of vocations, including artists, musicians, actors, teachers, corporate managers, and, yes, plenty of business owners.

It’s no exaggeration to say that I learned more in one weekend at the workshop than I learned in all four years of university.

But my learning didn’t end in Lithuania.

A few months later, Viktorija asked if I wanted to write an article for Sovereign Man. As a freedom-oriented author, I jumped a the chance; Sovereign Man’s ethos really appealed to me.

That single article soon turned into my dream career, and I’ve been writing for Sovereign Man for six years, in addition to maintaining my own projects.

But one of the things I really enjoy is that, in addition to the money, I also receive a ton of growth and mentorship.

James (aka Simon Black, Sovereign Man’s founder) has spent countless hours with me, reviewing my work and helping me to improve my writing skills. I’ve also learned an enormous amount about finance and economics.

In short, I have essentially been paid to receive in-depth education and one-on-one mentorship from a world-class businessman.

My larger point here is that “education” doesn’t always require going to an expensive university and taking on a ton of student debt.

I’m not suggesting there’s anything wrong with university. And for certain careers, obviously, like law or medicine, university education is a firm requirement.

I do believe, however, that young people ought to think really, really hard before signing up.

Student debt (especially in the United States) is one of the biggest, one-sided liabilities that a young person will ever take on.

Sure, eventually if you buy a house, your mortgage will most likely be bigger than your student loan, especially now with home prices at record highs.

But at least your mortgage will be backed up by an asset of equal value.

Student debt, on the other hand, is the price we pay for an education of dubious value.

Education is like a lot of things in life: you get out what you put in. And let’s be honest— a lot of 18 year olds don’t have the motivation or dedication just yet to put a ton of work into their education.

So it’s worth asking the question: is that piece of paper really worth the biggest financial liability of your life? Especially when universities are turning into altars of censorship and woke identity politics.

After all, there are alternatives to university.

I highlighted my own experience to show that, in some cases, having a job is a great way to receive an education.

With the right job and the right people, you’ll essentially be paid to learn what it actually takes to be successful in the real world. This might be a lot better than taking on a ton of student debt just so that you can be radicalized by university professors and major in Twitter insults.

Also consider the value of your time, the most precious asset of all.

Spending four years in university learning how to be professionally outraged is a heavy price to pay, given that much of that education doesn’t translate into tangible, valuable skills. You’ll learn a lot more over the same period with the right job and right mentors.

It seems like people are starting to wake up to these realities; university enrollment is trending lower, according to the National Student Clearinghouse Research Center.

And that makes sense. Young person today have plenty of paths outside of a traditional college curriculum: quick skills training programs, certification courses, apprenticeships in the digital economy, etc.

For example, anyone interested in software development, data analytics, or cybersecurity, can attend a specialized coding school for much less time and money than college.

Many of these programs even guarantee their students a minimum salary up to $70,000 upon completion, typically in 4-6 months.

And business-minded young people might be better off finding their education in the real world.

At our last Total Access event in Austin, one woman told us how her son used his college money to start a business. He now runs a successful HVAC installation company and is still in his early 20s.

Even for young people who don’t yet know what they want, there are opportunities to explore the world and gain skills while being paid. Or at least earning room and board.

For example, workaway.info connects travelers willing to work with hosts around the world looking for help.

This could provide the social experience and networking many crave from college, along with the excitement of traveling, and the benefits of building skills.

There are so many opportunities that it would be a shame not to at least consider options other than college.

For example, in a report we released last summer, we review certification courses and apprenticeship programs that are a fraction of the cost and time commitment compared to college, but actually have a track record of landing students high paying jobs.

We also talk about incubator, accelerator, and start-up programs which offer training and funding for budding entrepreneurs.

But if a university degree is a must have, we also include strategies for pursuing less expensive and more academically focused higher education.

For example, Switzerland’s Federal Institute of Technology (known as ETH) is one of THE top universities in the world and is regarded as the MIT of Europe. They offer extensive coursework and degree programs in English. But its tuition is a measly $750 per semester.

If you would like to gain access to this, and our full library of Monthly Letters, Alerts, Case Studies, and Black Papers, join Sovereign Man: Confidential today.