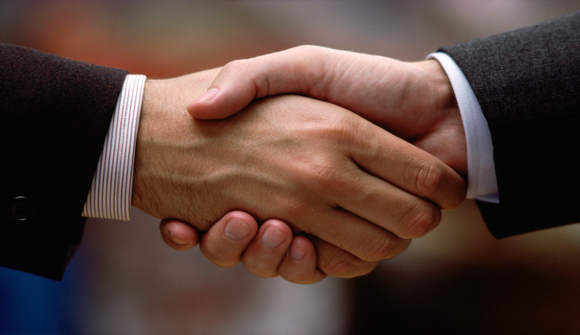 STAFF NEWS & ANALYSIS
This is what keeps us working for the man
By Joe Jarvis - January 01, 2019

You load sixteen tons, what do you get?
Another day older and deeper in debt.
Saint Peter don’t you call me ’cause I can’t go,
I owe my soul to the company store.

Merle Travis wrote the song Sixteen Tons about working your life away in the coal mines and spending your whole paycheck–and then some–at the company store. You had no other options in the corporate mining villages of the early twentieth century.

The most famous version of the song came from Tennessee Ernie Ford. Sixteen Tons was covered by many others, including Johnny Cash, and even Elvis at some concerts though he never recorded it.

And South Park recently featured their own version in an episode called “Unfulfilled,” about working for Amazon.

Of course, South Park is a comedy cartoon series that parodies real-life events.

They depicted Amazon fulfilment centers as the only available jobs in the small Colorado town. People worked in dangerous collaboration with machines, and went home to spend their entire paycheck on Amazon.

Jeff Bezos was depicted as a telepathic villain. He would tune in to various Alexa streams to gauge the mood of the town. And anyone who didn’t do his bidding would have their Prime status revoked.

South Park did the same thing with a Walmart episode about a decade back. Walmart possessed some unknown power which compelled people to shop there, they were powerless to resist. Even better if they could work there and get an employee discount… despite the low pay.

And then Amazon came along to compete with Walmart.

And for the consumers, this is a win. Sure we can talk about consumerism and how much we need, but the fact is Amazon and Walmart provide the necessities for pretty cheap.

Corporations are designed to resemble the feudal system as much as possible. And the government is the sweeper, making sure a corporate job is the best option for most Americans. It’s just like how the King and Lords conspired to keep the peasants in line, and extract as much work and wealth as possible from the system.

Think about it. The government makes you buy healthcare. Well, I might as well just get a job that covers it instead of trying to figure it out myself…

The government puts up so many roadblocks to self-employment or entrepreneurship–regulation, licensing, paperwork, compliance agencies… Why bother? I might as well just go to a job and go home, and not deal with the stress of it all.

Sometimes the government forces independent contractors to be considered employees instead. This increases the liability and responsibility of the company. But it takes away the contract worker’s freedom to work other jobs, set their hours, and remain independent. Now they have a boss, instead of being their own boss.

And people think they are getting stability from a corporate job, like it’s a sure thing. But don’t get too comfortable, especially if the job is highly specialized. What if you’re replaced by technology or younger workers? What do you do with 20 years experience in something obsolete?

You can be fired at any time. If it’s 5 or 10 years before you were going to retire… what are you going to do? Find a job that pays just as well? Rely on bankrupt Social Security?

Even if you are one of the few workers left who still have a pension, even private pensions in the USA are on shaky ground, over half a TRILLION dollars short on what they are supposed to pay out. Already certain companies have escaped or reduced their pension obligations, shafting their former workers.

But worst of all, corporations monopolize your time. 40 hours per week is a lot of your life. Add in commute times, and getting ready… you basically get 2/7 of your life to yourself.

You’ll buy a car, you’ll take out a mortgage–oh what a surprise how integrated the government is in the banking, auto, and oil industries…

You’ll keep your corporate job to pay for it all, and the income will be taxed. You’ll be encouraged to spend by the media and your peers, and the spending will be taxed.

To break the system, we need to make our own path, instead of being herded into corporate America.

And real alternatives exist, especially now. Do I need a full-time job? Do I need to commute to work? Do I need a car? Should I really saddle myself with student debt or a home loan at such a young age?

You don’t necessarily need college to get the skills required for your dream career. Owning a home is one option of many. And the sharing economy could even reduce the need to own a car, save us money, cut traffic and pollution.

The best economy I can imagine is one where individuals all try to solve the biggest problem they can find, based on their interests. Fill a need, provide a service, create a solution.

When you’re responsible for creating your own career, the skills you learn will not apply to just one industry. The hustle will not only benefit you in one narrow sector.

And yes for some people, this will resemble corporate work. But for many others, it could a job of their own creation that never even existed before.

There’s no right answer. It’s up to you to grab your ingredients and blend them all together. None of us will end up with the exact same shake. Don’t allow the government and corporations to hand you some bland concoction that works for them, as if it is the best or only option.

Because right now, the government and the corporations like the arrangement they have.

As I talked about the other day, it is important to change embedded traditions that don’t work anymore. But it can be tricky to see which ones are useful traditions–even if we don’t know why–and which are simply outdated burdens.

You always need options. One of the best ways to have options is to make a hobby a backup job plan. If anything ever goes wrong, start that business you always wanted to, or teach lessons in something, provide a service, or make a unique useful product not easily mass produced.

If my writing career suddenly came crashing down around me, I would probably become some sort of wilderness guide, leading foraging and hiking expeditions. I’d get more serious about studying wild medicinal plants, and make products to compliment my natural classes.

I’d probably start by looking into Airbnb’s “local experiences” platform that allows you to sell experiences to travellers. I would check out Etsy to sell products. And I would use my experience–and quickly gain more–with marketing to grow the business.

Times they are changing.

There is evidence that contract work, self-employment, and the “gig economy” are growing.

So the future I see is not one where you hunker down at a corporate job for 40 years. That never seemed particularly fulfilling to me anyway…

Rather, I see an end to the marriage between government and business. A time is coming where people are not cajoled into working their lives away at a meaningless job.

And the best part is, this option is already available to anyone who decides to reach out and grab it.