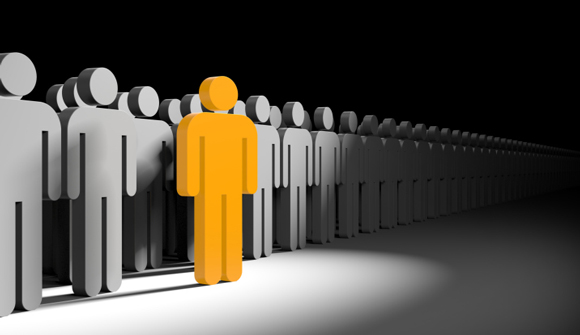 The Plot Against America: Donald Trump's Rhetoric … You can't effectively say that Donald Trump is vulgar, sensational, and buffoonish when it's exactly vulgar sensationalism and buffoonery that his audience is buying … Donald Trump, when he really gets going, hardly speaks in sentences anymore. He doesn't need to …. Whether we call him a Fascist or a right-wing demagogue, Trump's acts and words remain the same. It makes sense that, in America, an insurgent movement would grow out of the media and entertainment, that it would issue from enormous prior celebrity, and not from an obscure rural corner, the world of militias and white nationalists. (Their approval of Trump, nevertheless, has now become evident. A white-supremacist and neo-Nazi group called Stormfront, hanging on to Trump's coattails, has, according to Politico, upgraded "its servers in part to cope with a Trump traffic spike." Politico goes on, "And former Louisiana Rep. David Duke reports that the businessman has given more Americans cover to speak out loud about white nationalism than at any time since his own political campaigns in the 1990s.") – New Yorker

Dominant Social Theme: Trump is a Nazi. The US political system is falling apart.

Free-Market Analysis: The New Yorker was a lot better when it published 50,000-word articles on wheat. This article, filled with adjectives about the mystifying appeal of Donald Trump and his loutish followers, is a kind of new low. It is so predictable that it kind of writes itself the way a cartoon coloring book provides numerical signposts.

Is Donald Trump a fascist? He might as well be, the article concludes. It uses the approbation of the neo-Nazi group Stormfront to establish Trump's authoritarian credentials. But shouldn't the article mention that Stormfront is possibly a CIA invention developed as a tool to smear unwanted viewpoints? That's certainly what the article does among other things.

Is he a Fascist? Trump's movement flourishes without white hoods and burning crosses, without jackboots, gangs of thugs, insignias, patriotic anthems, without secret police or any state power at all. After all, he hasn't won anything yet. His movement doesn't fit any standard definition of Fascism.

A plumply loutish golden billionaire, he is a superb entertainer. Yet there are sickening echoes in his speeches of the Fascist movements of the twentieth century—extreme nationalism, the appeals to bigotry and fear, the emphasis on humiliation, the shrewdly gangsterish, undermining contempt for anyone who stands in the leader's way.

The article goes on this way, finding little good in The Donald or his rhetoric. It is not exactly character assassination but it is close. It drips disdain for Trump's rhetoric, his followers and their fears. What's odd, of course, is that one could write a similar article about, well …. Hillary or Bill Clinton. Or even Barack Obama.

But those articles would never find their way into this version of The New Yorker. Donald Trump doesn't have any real power yet, or not the kind that Clinton has, or even Obama. He's a relatively safe target, despite his habit of talking back to newsmen who displease him.

What is it that makes Trump so bad? He's attacking the shibboleths of the banking class. The world is inevitably globalizing and Trump stands in opposition to some of the main mechanisms of that evolving internationalism.

Trump wants to bring "jobs" back to the US. He wants to shut the borders. He wants to sign fair trade treaties and to "make America great again."

All this is anathema to the globalists who certainly may have put him up to it, as every thesis needs an antithesis. But leave aside the phenomenon of Trump and one is left with the reality of his rhetoric: The Donald has a point.

And that's why Trump has support. The New Yorker can write a thousand snarky articles about Trump and his lowbrow ways but it won't matter because a lot of what he says is truthful.

And in this distressing day and age, people respond to the truth. They are drawn to Trump rather than Jeb Bush because Bush's carefully crafted campaign is not built on truth.

Bush could tell the truth but he doesn't wish to. His campaign endorses the very things that so many rank-and-file Republicans find threatening and infuriating.

Bush – along with some of the other candidates – wants to expose the US to a larger Hispanic contingent. He is broadly in favor of trade treaties such as NAFTA and CAFTA. He is an elitist through and through, someone very comfortable with the way the current US system concentrates power at the top among a handful of elderly, white men for the most part.

Trump is not perceived in the same way. No matter his private politics, his current public persona is populist. He is portrayed – and portraying himself – as an Everyman who is sick and tired and "not going to take it" anymore.

It doesn't matter if this persona reflects Trump's real sentiments. It's working well for him. People are responding to him.

Just as importantly, The Donald has done something few candidates have accomplished recently: He's panicked the GOP's establishment controllers in a way that no has since perhaps Ron Paul some eight years ago.

In a recent article entitled "Will Elites Blow Up the GOP?" conservative Patrick Buchanan chronicled Trump's challenge to the party's power brokers and charted their panic as well.

The article is based on a recent dinner at which Republican Party elites reportedly plotted ways that Trump could be denied the nomination even if he deserved it. Buchanan writes: "The absurdity of such a conspiracy would be matched only by its stupidity. Has the GOP establishment learned nothing from history?"

Buchanan believes that those who wish to play kingmakers at a brokered convention are kidding themselves. Sure, they may be able to generate it mechanically but could they win with it? Buchanan clearly thinks not.

What the Republican collectivity has to realize is that it is they and the policies they produced that are the reason Trump, Carson and Cruz currently hold an overwhelming majority of Republican votes. It was the elites of both parties who failed to secure our borders and brokered the trade deals that have de-industrialized America and eviscerated our middle class.

It was the elites of both parties who got us into these idiotic wars that have blown up the Middle East, cost us trillions of dollars, thousands of dead, and tens of thousands of wounded among our best and bravest.

That Republican elites would sit around a dinner table on Capitol Hill and discuss how to frustrate the rising rebellion against what they have done to America, and decide among themselves who shall lead us, is astonishing. To borrow from the Gipper, they are not the solution to our problems. They are the problem.

Trump is surely correct in this regard, but his very correctness unveils a larger, troublesome spectacle. Just as the GOP leadership is morally bankrupt and devoid of ideas, so one could make the same argument regarding the Democrats. At this point it looks as if Hillary Clinton may be the Democratic nominee. She is in a sense the Jeb Bush of the Democratic Party.

The leadership of both parties is devoid of ideas and animated only by the stale breath of the globalist impulse. Voters realize this, which is one reason the democratic process is in such poor shape – and not only in the US but in Europe, too.

Donald Trump does not represent an existential threat to the US republican paradigm – whatever is left of it. He is merely a sign of the times. He is not going to get "better" and neither is the system.