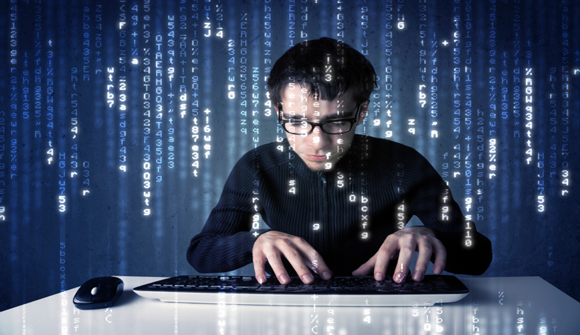 Police in the UK are distributing a flyer to teachers in public schools, to be passed on to parents.

The poster warns parents to check their children’s computers for certain technology, as it could be a sign that their child is a hacker.

These are all, by the way, perfectly legal. And they are useful for plenty of activities besides hacking.

The poster says Discord is “often used to share hacking tips.” But you’re more likely to find a teen using Discord to chat while playing Fortnite.

Kali Linux is useful for penetration testing used to boost cyber security and protect against hacking threats. It should be encouraged among teens if parents want them to train for the modern economy, and protect themselves against hackers.

And worst of all, the flyer encourages parents to CALL THE POLICE on their own children, for using these perfectly legal computer programs.

Until last week, the IRS website advised players of the video game Fortnite that their pretend money could face a real tax.

The IRS used the in-game virtual currency V-bucks as an example of a potentially taxable convertible currency.

V-bucks are purchased with real dollars but used only in the game to buy upgrades. They aren’t actually convertible back to dollars.

Now the IRS has clarified that if the money stays in the game, it is not taxable.

But if a video game currency were to leave the game, it triggers a potentially taxable event.

Just like Bitcoin or other cryptocurrencies, the IRS treats all virtual currencies–including video game money– like property.

That means if you make money on the sale of the currency– or if you spend the currency after it has increased in value– that is a capital gain.

New York City has a lot of zoning rules, but plenty of exceptions.

For instance, builders can buy the unused zoning rights of adjacent properties.

Say the zoning laws limit a property to 20 floors, but a building is only 15 stories tall. A next-door property could buy the rights to the remaining five floors, and make their own building 25 stories.

One particular project used this loophole aggressively to gain permission to build a 51 story building. They got all the necessary permits from the city for the build.

But activists weren’t happy. They sued the builders over what they called a “gerrymandered” zoning lot. But the builders had permission, so they kept building.

Now the structure of the building is already completed, but a New York Judge just ruled for the activists.

Falls Church, Virginia planned to spend $600,000 each for covered bike racks at two of the city’s Metro stations.

Now, five year later, the cost of the bike racks has reached $1.9 million EACH… but they still aren’t finished.

This city spent over $20,000 per bike parking spot, and has nothing to show for it.

But we should totally trust the government with more responsibility and control over our lives.

A new bail reform law in New York prevents judges from requiring bail for most misdemeanors, and some non-violent felonies.

After a suspect is processed, they are released without having to pay anything.

And it’s great to see fewer people being locked in cages for victimless crimes like smoking a plant.

But there is always someone waiting to abuse the system.

Case in point, Charles Barry has been arrested six times since the law went into effect on January 1st. He likes to hang out in the subway and snatch money from a hand, pickpocket, or pose as a subway worker.

Now every time he is arrested, Barry is quickly back on the streets to steal again.

Leaving the courthouse the last time, he praised the new law, yelling to reporters, “Bail reform, it’s lit! You can’t touch me, I can’t be stopped…I take $200, $300 a day of your money… It’s a great thing. It’s a beautiful thing.”

Barry also has a habit of missing court dates, which requiring bail is supposed to prevent.

We’re no strangers to writing about people being arrested for the most trivial reasons. So I’d rather see a few guys like Barry walk free in exchange for countless innocent people spared from sitting in a cell.

But it’s just frustrating that legislators couldn’t be bothered to insert a couple of lines of text into the bill to prevent actual criminals like Charles Barry from taking advantage of much needed reform.