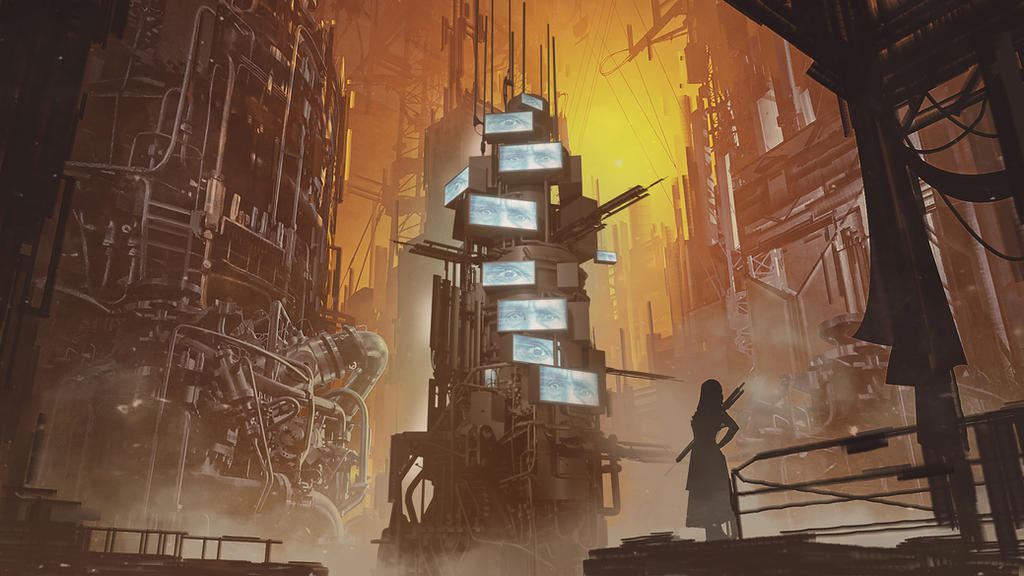 Given the CCP’s relatively advanced state surveillance/censorship regime, the mere fact that the images below have leaked into the online sphere is a minor miracle.

Their survival in the face of the CCP’s level-ten censorship speaks to the insatiable human hunger for real information, or maybe to the still-unconquered Wild West that the internet was intended to become.

In any case, the imagery emerging from Orwellian nightmare Shanghai is, without exaggeration, jaw-dropping. Even in the context of widespread authoritarian government abuses carried out in the name of “public health,” to which we have become increasingly desensitized, it shocks the conscience.

The CCP, to the extent that it ever did, no longer feigns any pretense of benevolence. It rips the most haunting pages from the great dystopian novels and even techno-enhances them before hitting the streets.

“In the far distance, a helicopter skimmed down between the roofs, hovered for an instant like a bluebottle, and darted away again with a curving flight. It was the police patrol, snooping into people’s windows.”
-George Orwell, 1984

“Shanghai residents go to their balconies to sing and protest lack of supplies. A drone appears: ‘Please comply with Covid restrictions. Control your soul’s desire for freedom. Do not open the window or sing.'”

Lockdown in Shanghai: dog robots announce that nobody is allowed to leave the house. Drones fly around, come right up to you when they spot you outside and tell you to go back inside.pic.twitter.com/rLCVzHM8zP

Full Lockdown in Shanghai, this is how they broadcast announcements.

Accepting that this is actual reality is almost impossible to process – it mimics far too closely the most far-fetched dystopian sci-fi thrillers to pass the credibility sniff test.

A human rights catastrophe. The world should not be silent. pic.twitter.com/QU3QSFuIc0

One would be hard-pressed to come up with just a potential “public health” justification for this — given the plethora of evidence that such draconian lockdown measures (which were also force-fed to Western populations and will be again if the biomedical authorities are not purged) don’t work to prevent viral spread.

The Chinese state is currently ripping children from their mothers’ arms and tossing them into government concentration camps deceptively marketed, true to form, as “hospitals.” 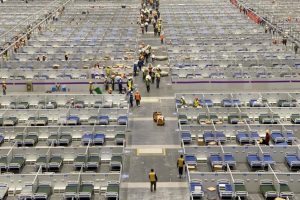 In this way, the authoritarian government, as it always does, inverts reality via semantical engineering.

Decent, non-MAGA-terrorist people know, of course, as do the Chinese authorities, that “public health” is best doled out to defenseless corgis at the end of a truncheon.

And another video of a similar occurrence inside of a CCP COVID death camp:

Again, the state demonstrates its love:

If you think none of this could happen in the West…

Yes, in the US we have a Bill of Rights (and similar such guarantees of liberty in other Western states) that, in theory, would prevent the worst government overreach. In practice, though, as demonstrated by Snowden’s leaks proving indiscriminate NSA mass surveillance of every American’s digital communications, among thousands of other scandals, the Bill of Rights is effectively dead.

Here is Canadian PM Justin Trudeau describing his admiration of China – not in spite of, but rather specifically because of, its authoritarian trampling of human rights with impunity:

The human rights trampling isn’t the bug; it’s the feature.

And here is Bill Gates mentor Charlie Munger, with a face only a mother could love and maybe not even her, explaining the benefits of China’s policy regarding how it handles dissidents:

“We Americans would like to think that our free expression and allowing all kinds of opinion and all kinds of criticisms of the government is a totally essential part of the economy – what the Chinese have proved is that you can have a screamingly successfully economy with a fairly controlling government.”

Authoritarian, highly centralized CCP-style corporate governance is the model of the elites. They look to the Chinese example in awe, and envy.

Shanghai-style lockdowns across the West from London to Seattle to Melbourne, a nightmare to normal people, is their wet dream.

Imagine the Chinese pressure-cooker pressed on your neck, squeezing the humanity out of you one drop at a time:

What else is more worth viciously safeguarding than our humanity? Those government agents beating corgis to death with sticks have already lost theirs – they are now something not wholly human, a hybrid of sorts made up in part of biological bits and in part of corporate state machinery.

The will to resist, to stay human, is the last line of defense. Ultimately, social engineers in the West are hard at work devising what they term “moral enhancements” to induce involuntary compliance with lockdowns — so that even passive resistance inside of your own inviolable conscience becomes impossible:

“Widespread administration of psychoactive drugs could provide ‘moral enhancement’ that would make people more likely to adhere to social norms such as wearing masks and adhering to social distancing guidelines.” 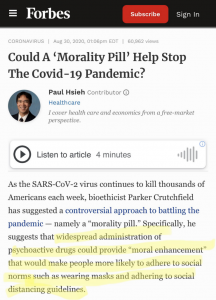 “For the first time in his life he did not despise the proles or think of them merely as an inert force which would one day spring to life and regenerate the world. The proles had stayed human.”
-George Orwell, 1984