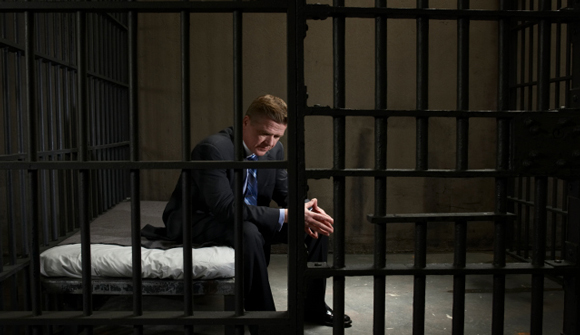 Business  Arrow Policy Planned Espionage Act could jail journos and whistleblowers as spies …  Proposals in the UK for a swingeing new Espionage Act that could jail journalists as spies have been developed in haste by legal advisors, The Register has learned.  The proposed law update is an attempt to ban reporting of future big data leaks.  The British government has received recommendations for a “future-proofed” new Espionage Act that would put leaking and whistleblowing in the same category as spying for foreign powers.  That threatens leakers and journalists with the same extended jail sentences as foreign agents. Sentences would apply even if – like Edward Snowden or Chelsea Manning – the leaker was not British, or in Britain, or was intent on acting in the public interest. – The Register

Britain is doing one of the things it does best, which is thinking of how to punish people. Now it’s figuring out ways to throw more people in jail for longer periods of time for exposing various kinds of government crimes.

That’s right. It’s not thinking about lessening those crimes, only covering them up.

The British government has received an updated Espionage Act that is a good deal stronger than the act on the books. It puts journalists in the same boat as foreign agents when it comes to spying and also does not differentiate between those who are citizens of other countries and those who come from Britain.

The proposals have been slammed by journalists who faced down British and US government threats after publishing Edward Snowden’s sensational revelations in 2013.  The UK Law Commission’s recommendations are contained in a 326-page consultation paper titled Protection of Official Data [PDF].

“It is alarming that such a far-reaching proposed reform of laws which could be used to jail whistleblowers and journalists should have been drafted without any adequate consultation with free speech organisations”, Alan Rusbridger, the former Guardian editor who published the Snowden revelations, told The Reg.

According to the commission, the proposed “redrafted offence” of espionage would “be capable of being committed by someone who not only communicates information, but also by someone who obtains or gathers it”.  There should, it says, be “no restriction on who can commit the offence,” including hackers, leakers, elected politicians, journalists, and NGOs.

The journalists who helped Edward Snowden with thousands of GCHQ documents and who visited him in Hong Kong in 2013, could be thrown in jail for long periods of time under this potential legislation.

David Leigh, The Guardian’s former investigations editor reportedly said that the Law Commission’s recommendations were a “a giant leap backwards to the bad old days when public-interest journalists went in fear”.

Additionally, British offices abroad of all types would be “prohibited places” or “protected sites”, so that reporting about then would be subject to the penalties of the Law Commission.  There should be no public-interest defense for those caught up in the Commission.

The commission supposedly consulted with journalists and others from across Britain, but the article states that it did not do much consulting in reality.  The commission itself admits that the job was too big to allow time for much consulting. And even though the commission was directly involved, its fact-finding was suggested by the government itself.

It was not generally press released either but only provided to the Telegraph newspaper because, “it’s a nuanced issue. We wanted to secure an opinion editorial first”.

In reality this is simply a British government project that has been initiated not in parliament from what we can tell, but behind the scenes by London’s City, the financial backbone of England and Europe.

The City doesn’t want leaks going all the way up the chain to the square mile establishment itself. Instead, laws should be put in place that return sentences of between 2 to 14 years.

The article adds that the commission ought to be encouraged to cast its net far more widely now that it has gotten to the end of its fact-finding phase. It must act more independently.

We are also on record as pointing out that Snowden himself was a CIA agent and that much of what he released was already known or didn’t damage either America or Britain very much. And now his efforts are being used to justify this legislation.

Conclusion: Besides, as stated above, the impetus for legislation probably comes from the very top as the City wants legislation before something emerges over time that implicates the City itself.