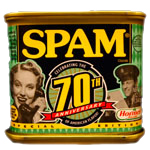 Nearly half of Americans (47%) believe the government should require all radio and television stations to offer equal amounts of conservative and liberal political commentary, but they draw the line at imposing that same requirement on the Internet. Thirty-nine percent (39%) say leave radio and TV alone, too. At the same time, 71% say it is already possible for just about any political view to be heard in today's media, according to a new Rasmussen Reports national telephone survey. Twenty percent (20%) do not agree. Fifty-seven percent (57%) say the government should not require websites and blog sites that offer political commentary to present opposing viewpoints…. Democratic efforts to restore the so-called Fairness Doctrine which would mandate politically balanced commentary on the airwaves. Just this week Robert McDowell, a Bush appointee to the Federal Communications Commission, suggested that the restoration of the Fairness Doctrine, abolished in 1987 by the Reagan administration, could lead to government regulation of content on the Internet. – Rasmussen

Dominant Social Theme: All right, perhaps Americans aren't so smart when it comes to their Constitution, but at least they'll leave the Internet out of it. And it can't be that bad anyway, over there, since they're still free to poll.

Free-Market Analysis: So let us ask the correct question: Who exactly is wrought up over the fairness doctrine? It doesn't seem to be quite the issue on the ‘Net that it is on "talk radio." Maybe that's because the traditional right wing Republican message has found much more fertile soil on the radio than it has on the Internet, where free-market approaches are still quite popular.

In fact, that may be the reason for this poll, to keep the issue of the fairness doctrine alive and activate the libertarian opposition by linking it to the Internet as well. Here's some more on Scott Rasmussen, from Wikipedia:

Scott Rasmussen, a public opinion pollster, is the founder and CEO of Rasmussen Reports. He also co-founded the sports network ESPN, and is currently president of the Ocean Grove Camp Meeting Association. Rasmussen's polls are notable for their use of automated public opinion polling, involving pre-recorded telephone inquiries. … Scott Rasmussen is an Evangelical Christian and is president of the Ocean Grove Camp Meeting Association, a not-for-profit corporation with historic ties to the United Methodist Church and the Wesleyan tradition. The Camp Meeting founded the town of Ocean Grove, New Jersey in 1869 and maintains a Christian seaside resort community providing opportunities for spiritual birth, growth, and renewal. His slogan for the 2006 Annual Camp Meeting was 'In the Redemption Business.' From an early age, Rasmussen was exposed to the broadcasting business through his father, Bill Rasmussen, who was a broadcaster for the New England Whalers. In 1979, Scott and Bill Rasmussen founded ESPN, the cable sports network. Scott Rasmussen has been an independent public opinion pollster since 1994.

ESPN is an extraordinary success story and the Rasmussens obviously must have a great deal of wealth and significant clout with the evangelical wing of the Republican party. Obviously the fairness doctrine is making them nervous. Yet in a way it is poetic justice as the rise of the fairness doctrine threat corresponds with the diminishment of talk radio as a credible media experience – mainly because of a split between free-market Republicans and the so-called Neo-cons.

It was the recent and astonishingly successful presidential candidacy of classic liberal Ron Paul (R-Tex) that really highlighted the split. On the one hand, you had a growing group of free-market Republican youngsters and on the other hand you had the gray eminences of the Republican right. The young Republican Turks expected that the old guard would welcome their brand of republicanism but they were surprised at the level and vehemence of their rejection. The differences came down to two major points. The free-market wing of the Republican party is focused on classical liberalism, a return to honest money and what has been called "isolationism" – the idea that the American empire ought to be traded in for something less ostentatious and that military activities around the world ought to cease, except clearly in self defense.

As a result, the credibility of old-guard Republicanism is in some need of repair. Many younger Americans who are apt to be politically active see little difference between the two parties. The Internet, in fact, has served as a fault line, for it has educated many as to the basic issues of classical liberalism. This is the fundamental issue of the election of 2008 – an issue perhaps not well understood by observers of the American scene.

Rasmussen and the evangelical right are fighting yesterday's battles. Whether or not this latest Rasmussen effort can be seen as a kind of "push poll" or not, the lumping in of the Internet with "talk radio" (a Big Party medium) is likely not going to be successful. Sean Hannity, one of the most influential of the Big Party pro-war Republicans often likens talk radio to the "alternative media." But between Rush Limbaugh and Sean Hannity, the audience they reach is in the tens of millions, and they are syndicated by large corporations that are beholden, one way or another to the federal government that Hannity and Limbaugh claim to criticize. The Internet truly is an alternative medium – and it is certainly not talk radio.

In any event, the chances of a fairness doctrine passing any time soon are fairly slim, and the ability of the American government to enforce it on the Internet is questionable.

By conflating the threat to "talk radio" with a fairly low-possibility to the Internet, Rasmussen is attempting to lump together two entirely different mediums. Additionally, the polling keeps alive the idea that there is a "right" and a "left" argument in America, when indeed the American dialogue has been split into three distinct pieces. The Libertarian piece that both the "right" and "left" of America genuinely abhor is least likely to be affected by a resurgence of the American fairness doctrine. It is also the part of the American political dialogue that seems to be growing the fastest, along with the ‘Net itself. Over time this may well have significant ramifications for the American economic system and for the larger economy of the West itself.