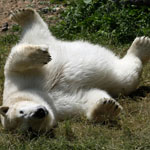 In addition to raising energy prices, the climate legislation that's winding through Congress would create a parallel financial system with a carbon-based currency. The House on Friday narrowly passed landmark legislation meant to curb greenhouse gas emissions and create an energy-efficient economy, voting 219-212. President Barack Obama on Saturday urged senators to follow suit. Everyone from small farmers to nuclear energy companies would be forced to re-evaluate their place in the new order. Power plants, factories and refineries would feel the first impact if the federal government moves ahead with plans to cut greenhouse gas emissions by 17 percent from 2005 levels by 2020 and by about 80 percent near the end of the century. The sharply debated bill's fate is unclear in the Senate. A major struggle is expected with 60 votes needed to overcome a certain Republican filibuster. – NY Newsday

Dominant Social Theme: Deal with the reality of climate change.

Free-Market Analysis: The Daily Bell is unlike any other media site, in our opinion, in that it has its mission to track various promotions launched by the global monetary elite and reported on in mainstream publications. These dominant social themes, as best we can tell, seem to amount to the promotion of scarcity in order to provide regulatory solutions that offer additional profit and control. Climate change is without a doubt such a meme. There is considerable controversy over how much the climate worldwide is changing, whether the changes are permanent, what the changes actually are, and what actually is causing such potential changes. Yet the beat goes on. Regulatory solutions roll forward even though the controversy persists. It is in fact a signature of these themes, in our opinion.

Once established, such themes are very difficult to reconfigure or re-track no matter what additional evidence emerges. If the original problem is eventually invalidated, a new problem is offered up and the bureaucracy rewrites its mission statement and simply continues on. If the problems are invalidated BEFORE the solution is established, the evidence is often ignored by the mainstream press and denigrated.

The evidence is easily seen. There are plenty of discoveries of oil around the world, but the meme of peak oil persists. The entire population of earth can fit into a very small area, say the state of Connecticut (even with 19 square feet per person) but the meme of drastic overpopulation persists. There is little evidence that Muslim terrorism is broadly exportable on a regular basis to Western countries, yet the West spends literally trillions on creating military and civilian policing contingencies for such events. There is even less evidence that central banking has given us financial and economic stability, and yet central banks seem to accrue more power and responsibility every time another crisis explodes under their watch.

The biggest meme of all is government. There is ample evidence throughout human history that powerful central governments for the most part are intent on perpetuating themselves, first and foremost. It is, in fact, the invisible hand itself, marketplace competition that creates progress, personal significance and even civil society. A government bureaucracy will pay lip-service to its ability to provide such important societal qualities, while often undermining them as challenges to its own authority. Such a bureaucracy will instead seek to offer its citizen-wards various dominant social promotions that frighten them with tales of scarcity and destruction and propose, as an antidote, more bureaucratic solutions.

Be sure to visit the Daily bell this Sunday, February 28th, for an exclusive interview with investment legend Jim Rogers.

If you haven't already signed up to receive Daily Bell email notifications, what are you waiting for?

Register your email address now and we'll be sure to keep you informed whenever new free-market perspectives, like this exclusive interview with Jim Rogers, are posted to the Daily Bell.

Thus it is with global warming. The "solution" to the problem of global warming (or climate change) advances relentlessly, even as the problem itself comes under continued attack. And the solution has all the hallmarks of an elite promotion. Solutions that set carbon caps, while allowing companies to breach them via carbon credits, open up vast new areas of profitability in both the private and public arena. The public arena benefits from the additional tax revenues (via fines) and new areas of bureaucratic control and law making. The private sector benefits from a whole new arena of trading technology. Power and profit accrue to a handful of governmental and privately-based controllers. Here is what the article, excerpted above, predicts for certain winning sectors, should the American cap-and-trade program be passed.

Solar, wind, geothermal and other renewable energy companies, including nuclear, are some of the obvious winners in a carbon economy. In addition to the billions of federal stimulus dollars they expect to receive, those industries can expect to see a huge boost in investment as utilities and power companies are forced to cut their carbon emissions. Companies like Florida Power & Light Co., Arizona Public Service, Southern California Edison and others are already investing in solar farms and other renewable energy projects, and they'll likely spend even more to increase the mix of carbon-neutral energy sources.

Farmers also will find new ways to make money in a carbon economy. Carbon consultants like the International Carbon Bank & Exchange in Florida see huge potential in agriculture for managing carbon emissions. Farmers that till their soil differently or apply new environmental techniques can get money by cooperating with a polluter as a carbon "offset." Owners of large tracts of forest land also will get a lot of interest from the business community. Like farmers, environmental experts see them as a huge player in the carbon economy because of their natural ability to absorb carbon. Louis Blumberg, director of climate change for the Nature Conservancy's California chapter, envisions a system in which forest owners could make money simply by signing an agreement to cut down fewer trees for lumber.

We can see from the above that the use of energy is gradually being turned from a market function into a regulatory one. People and industries will make decisions based on government-created costs and government mandated opportunities. The idea that forest owners will paid NOT to produce wood is only one such distortive element among many. Multiply these non-market-based decisions through the length and breadth of the economy, worldwide, and the result will be elaborate distortions that will result in scarcity (government mandated businesses rarely work out as planned, or even work at all), increased costs and reduced production. Here is an excerpt from the article about the losers.

Anyone who pays an electric bill would likely feel the impact of climate legislation. Utilities will try to raise rates as they invest in cleaner-yet-more-expensive energy sources. Some have already announced plans to do so. Petroleum companies also may try to import more of their refined gas and heating oil from countries with no carbon law, which will raise costs. The nonpartisan Congressional Budget Office and the Environmental Protection Agency both issued estimates of how the climate bill would affect energy costs. The CBO estimated the cost at $175 a year for the average household. The EPA forecasts $80 to $110 a year. The American Petroleum Institute disputed both estimates, saying the bill could cost the average household up to $3,300 by 2020.

We would assume that whatever costs the taxpayers are said to acquire, they will end up being much more than estimated. But the costs will not stop there. Wind, solar and other alternative fuel sources have proven expensive and inefficient. While there are plans for societies to migrate from one form of energy to another, alternative energy technologies remain questionable. This new environmental marketplace will assuredly make it more difficult for traditional fuel methodologies. But whether it replaces them with anything better is decidedly questionable.

What is perhaps most dismaying about the current environmental trend is that if one explained to individuals even 25 years ago that the very breath leaving their body would be seen as inimical to planetary survival, such a perception would be greeted with disbelief, or seen as an extremely bad joke. Yet, yesterday's joke is today's legislation and, perhaps, tomorrow's institutionalized consensus.

What should also be mentioned, however, is that technological trends militate against these sorts of controversial memes. One only need read the comment sections, on-line, of many newspapers and magazines to see that almost every article espousing dominant social themes are rebutted by a hundred or even a thousand feed-backers who have little good to say. Skepticism is alive and well on the Internet and those who manufacture, continually, new memes of scarcity for purposes of profit and control do so at their own peril.

At some point, we believe, citizens in western democracies will demand significant legislative accountability and the most abusive memes and their solutions will come under attack. This may well include the western financial system itself, which has lost a good deal of credibility in the past 24 months. Memes that denigrate gold and silver are already collapsing, we've noted. And that is likely to be one trend that will survive – as more see that paper money is suspect in a way that precious metals are not.