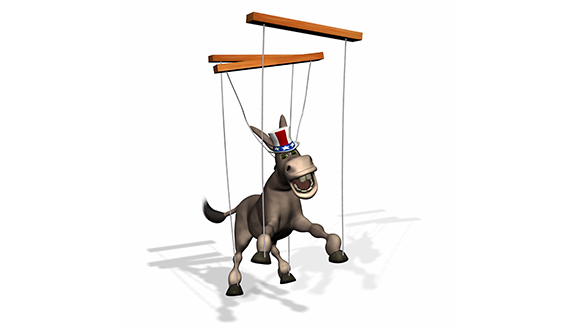 Dominant Social Theme: This coup was unexpected and the results are unpredictable.

Free-Market Analysis: So perhaps it will be ElBaradei after all …

He's been waiting in the wings and the failure of the Muslim Brotherhood's regime may now bring him to the fore. Here is what we wrote about ElBaradei way back in 2011 in an article entitled "Middle East Dreamtime":

… The Anglo-American elite wants Nobel Peace Prize winner Mohamed ElBaradei to lead the Egypt's new unity government whenever Egyptian President Hosni Mubarak finally steps down. Yet from our point of view ElBaradei is likely to do exactly the opposite of what the mainstream media intimates he will do.

Instead of expanding Egyptian democracy, he may attempt to reinvigorate elite lynchpin mechanisms such as the Egyptian central bank, societal militarization, authoritarian governance and graduated taxing authority. He will do nothing to reinforce freedom, in fact, and everything to buttress the West's continued dominance over Egypt and over the Middle East generally.

The West's orchestration is truly remarkable. The UK Telegraph recently carried an article written from a WikiLeaks leaked diplomatic cable describing how the US (and the Anglosphere generally) had been deliberately orchestrating a build-up anti-Mubarak feeling in Egypt for at least two years and maybe longer. US intel was evidently educating the "youth" of Egypt (Egypt being a young country demographically) on how to carry out a successful revolt.

It also became clear to us over time that the West's surreptitious efforts in the Middle East were emplacing Islamic regimes. This became evident and obvious in Tunisia, The Ivory Coast, Libya, etc.

But for whatever reason, Mohammed Mursi didn't work out.

Now perhaps a technocrat will enter. ElBaradei is in favor of installing a US$5 billion IMF package, with its attendant austerity, according to this Reuters article:

"ElBaradei is our first choice," a source close to the military high command said, speaking on condition of anonymity because of the sensitivity of the situation. "He's an international figure, popular with young people and believes in a democracy that would include all political forces. He is also popular among some Islamist groups," the source said.

Political sources said ElBaradei, who won the Nobel peace prize for his work as head of the International Atomic Energy Agency (IAEA), would also be acceptable to Western governments that have bent over backwards to avoid calling the removal of Mursi and his Muslim Brotherhood a military coup.

Political sources said other figures under consideration were veteran ex-prime minister Kamal al-Ganzouri, who headed a transitional government in 2011-12 after the uprising that ousted Hosni Mubarak, and Farouk El-Okdah, a respected former central bank governor.

A decision was likely later on Thursday, the sources said after constitutional court chief Adli Mansour was sworn in earlier in the day as interim head of state. ElBaradei has long pressed for Egypt to sign a $4.8 billion loan deal with the International Monetary Fund, which Mursi's government initialed last November but never ratified or implemented.

Was this the reason for Mursi's ouster? His lack of cooperation with the IMF? Mursi's removal gives us the sense that something went wrong with his ascension. We continue to believe it was an unexpected setback to Western plans in the area. Perhaps the Muslim Brotherhood is not so controllable after all?

The new man, whoever it is, will have to negotiate an extremely treacherous domestic and international environment.

The ascension of ElBaradei would tell us a good deal about Egypt's immediate future, not all of it pleasant or hopeful by any means.