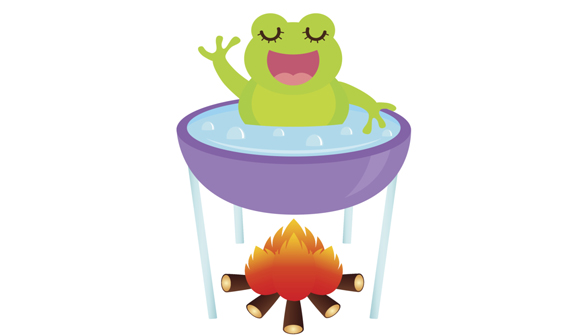 This Saturday marks one full year since the US military began its still-undeclared war against Islamic State that the government officials openly acknowledge will last indefinitely. What do we have to show for it? So far, billions of dollars have been spent, thousands of bombs have been dropped, hundreds of civilians have been killed and Isis is no weaker than it was last August, when the airstrikes began.

But don't take it from me – that's the conclusion of the US intelligence community itself. As the Associated Press reported a few days ago, the consensus view of the US intelligence agencies is that Isis is just as powerful as it was a year ago, and they can replace fighters faster than they are getting killed.

Like it does for every stagnant and endless war, this inconvenient fact will likely will only lead others to call for more killing, rather than an introspection on why continuing to bomb the same region for decades does not actually work. Perhaps we're not firing missiles at a high enough rate, they'll say, perhaps we need a full-scale ground invasion, or perhaps we need to kill more civilians to really damage the enemy. – The Guardian, Aug. 8, 2015

Like the proverbial frog in a kettle, the American public is almost completely unaware that its president is waging an illegal war. President Obama has been spending American blood and treasure in and around Syria for a full year now.

Whether attacking the Islamic State is necessary or advisable is beside the point. The War Powers Resolution clearly requires the president to withdraw from hostilities within 60 days unless Congress consents. It has not.

The administration contends that the 2001 authorization for military force against al Qaeda gives it authority to attack the Islamic State as an allied force. Yet al Qaeda and Islamic State are not even remotely allied. They are bitter enemies, in fact. By bombing the Islamic State, the U.S. is actually helping al Qaeda.

Why does Congress not defend its prerogative? Because our representatives and senators are cowards. Taking a vote would mean taking a stand, either for or against the action. The members fear (correctly) that opponents will use this stand against them in subsequent elections. Dodging responsibility is far easier. They retain the option to either claim credit or blame Obama, whichever is more expedient.

Keep in mind, this same Congress claims Obama has overstepped his authority in other areas and has taken many symbolic votes to prove it. They have filed lawsuits against him on matters far less serious than an illegal war. Yet in this case, they are happy to let him keep bombing. Why?

The real answer is that war is very profitable. The Pentagon must replace the expended weaponry, buy parts for its aircraft and pay contractors for all sorts of tasks. One man's waste is another man's profit margin. Those who profit from U.S. military action use their influence to make sure it continues.

War is a racket. It always has been and will always be so. The racketeers succeed because they have help from a cowardly Congress and a public obsessed with its bread and circuses.