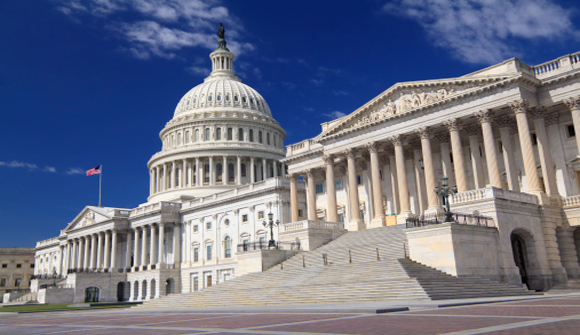 EDITORIAL, STAFF NEWS & ANALYSIS
We Aren’t Lucky Enough for a Government Shut Down
By The Daily Bell Staff - January 13, 2018

Oh no! Another looming “government shutdown,” what are we going to do?!

We should be so lucky.

People talk about bipartisanship like it’s a good thing. But the point of Congress was never to get stuff done. The point was the make sure that only important stuff got done.

President Calvin Coolidge said, “It is much more important to kill bad bills than to pass good ones.”

Bipartisanship got the U.S. $20 trillion in debt. Bipartisanship got wars in the middle east, NSA spying, a trillion dollar per year welfare state, and yearly deficits from $450 billion to $1.4 trillion. (Fun fact: the fiscal year 2017 budget deficit was $666 billion.)

If the government actually “shut down” the American people might actually get some relief.

That’s why both sides say it’s a priority to find a way to lift mandatory spending cuts put in place with the 2011 budget deal. But Republicans are focused on raising the limits for military spending to give Trump his requested increase of about $100 billion. Democrats are demanding a dollar-for-dollar raise on domestic spending, too.

Really? Hard? Impossible? What is the plan here? To keep this fantasy going until it all collapses?

Members of Congress talk tough trying to strong arm the other side into accepting their preferred version of bloated oversized government.

Democrats insist that more disaster relief funds go to states and territories affected by last year’s hurricanes and wildfires. They also want to use their votes as leverage to protect illegal immigrants minors from deportation.

Trump, on the other hand, insists on funding for a border wall in exchange for letting “dreamers” stay in the country. America has the largest military budget on earth, the size of the next ten countries combined. Yet Trump also insists this budget item needs to grow.

No one is interested in going through the government and finding redundant and unneeded programs to cut. No one wants to trim expenditures, tighten the belt, or root out waste. This despite trillions of dollars of spending from various agencies spent without any accounting record of what that money paid for.

But there is another take here. These Senators and Representatives obviously think their jobs are very important and the government is quite necessary. Yet they are willing to deny Americans the alleged lifeblood of society for a few measly concessions?

As a South Park character says in one episode, “We’re the USDA! Without us, people would be eating dirt… and chairs.”

Or it is the temper tantrum of bratty children.

Either way, they should all be fired. They should be sent to their rooms, and never allowed to run for public office again. And we can go on without a functioning government until after the midterm elections.

Unfortunately, that won’t happen. They will either reach a bipartisan agreement that is terrible for the American people, or the government will “shut down” until they do. “Shut down” truly meaning furlough fewer than a third of government employees, who will all get back pay once the issue is resolved.

Like the “shut down” in 2013, they might even spend more money closing down open-air parks and monuments, just to make their point to the American people.

This government will lumber on no matter what the clowns in Congress do.