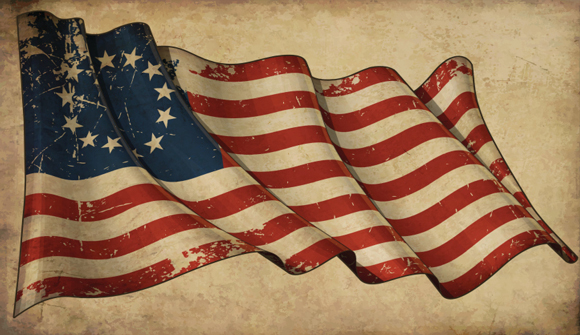 STAFF NEWS & ANALYSIS
We’re All in This Together: A Case for Not Giving Up on the American Dream
By John W. Whitehead - February 12, 2020

Listen: we don’t have to agree about everything.

We don’t even have to agree about most things.

We don’t have to love each other. We don’t even have to like each other. And we certainly don’t need to think alike or dress alike or worship alike or vote alike or love alike. But if this experiment in freedom is to succeed—and there are some days the outlook is decidedly grim—then we’ve got to find some way of relating to one another that is not toxic or partisan or hateful.

America has been a warring nation—a military empire intent on occupation and conquest—for so long that perhaps we, the citizens of this warring nation, have forgotten what it means to live in peace, with the world and one another.

We’d better get back to the fundamentals of what it means to be human beings who can get along if we want to have any hope of restoring some semblance of sanity, civility and decency to what is progressively being turned into a foul-mouthed, hot-headed free-for-all bar fight by politicians for whom this is all one big, elaborate game designed to increase their powers and fatten their bank accounts.

The powers-that-be want us to forget these basic lessons in how to get along. They want us to fume and rage and be so consumed with fighting the so-called enemies in our midst that we never notice the prison walls closing in around us.

No matter what happens in the next presidential election, no matter how many ways the powers-that-be attempt to sow division and distrust among the populace, no matter how many shouting commentators perpetuate the belief that there is only one “right” view and one “wrong” view in politics, the only “us vs. them” that will matter is whether “we the people” care enough to stand united in our commitment to the principles on which this nation was founded: freedom, justice, and equality for all.

The rest is just noise intended to distract us from the fact that life in America has become a gut-wrenching, soul-sucking, misery-drenched, demoralizing existence, and it’s the government that is responsible.

Even so, here’s why I’m not giving up on the American dream of freedom, and—despite all the reasons to the contrary—why you shouldn’t either: because this is still our country.

I’m outraged at what has been done to our freedoms and our country. You should be, too.

We’ve been held up, stripped down, faked out, photographed, frisked, fracked, hacked, tracked, cracked, intercepted, accessed, spied on, zapped, mapped, searched, shot at, tasered, tortured, tackled, trussed up, tricked, lied to, labeled, libeled, leered at, shoved aside, saddled with debt not of our own making, sold a bill of goods about national security, tuned out by those representing us, tossed aside, and taken to the cleaners.

We’ve had our freedoms turned inside out, our democratic structure flipped upside down, and our house of cards left in a shambles.

We’ve been told that as citizens we have no rights within 100 miles of our own border, now considered “Constitution-free zones.”

We’ve seen the police transformed from community peacekeepers to point guards for the militarized corporate state.

We’ve been railroaded into believing that our votes count, that we live in a republic or a democracy, that elections make a difference, that it matters whether we vote Republican or Democrat, and that our elected officials are looking out for our best interests. Truth be told, we live in an oligarchy, politicians represent only the profit motives of the corporate state, whose leaders know all too well that there is no discernible difference between red and blue politics, because there is only one color that matters in politics: green.

We’ve had our schools locked down and turned into prisons, and our students handcuffed, shackled and arrested for engaging in childish behavior such as food fights.

We’ve been told that national security is more important than civil liberties.

Are you outraged yet?

You should be. So what are you waiting for? Get out there and right these wrongs.

Stop waiting patiently for change to happen, stop waiting for some politician to rescue you, and take responsibility for your freedoms: start by fixing what’s broken in your lives, in your communities, and in this country.

Get mad, get outraged, get off your duff and get out of your house, get in the streets, get in people’s faces, get down to your local city council, get over to your local school board, get your thoughts down on paper, get your objections plastered on protest signs, get your neighbors, friends and family to join their voices to yours, get your representatives to pay attention to your grievances, get your kids to know their rights, get your local police to march in lockstep with the Constitution, get your media to act as watchdogs for the people and not lapdogs for the corporate state, get your act together, and get your house in order.

Appearances to the contrary, this country does not belong exclusively to the corporations or the special interest groups or the oligarchs or the war profiteers or any particular religious, racial or economic demographic.

As I point out in my book Battlefield America: The War on the American People, we are fast approaching the point at which we will have nothing left to lose.

Don’t wait for things to get that bad before you find your voice and your conscience.

Take your stand now—using every nonviolent means at your disposal—while you still can.