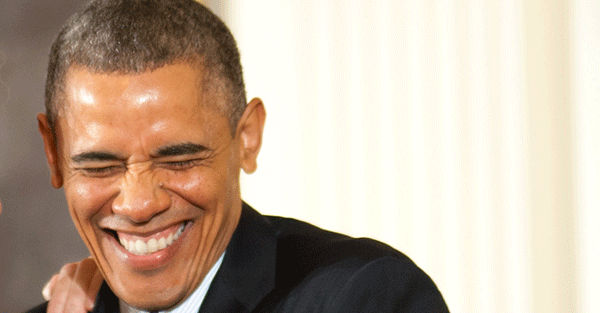 STAFF NEWS & ANALYSIS
What a Nobel Peace Prize, the Federal Reserve, and endless war have in common
By Joe Jarvis - August 22, 2019

It was ten years ago that Congressman Ron Paul released his book, End the Fed.

It immediately shot to number six on the New York Times Bestsellers list.

Paul’s message was that the Federal Reserve was created to bail out banks. It privatized profits for them and socialized losses for the rest of us.

He said the system works against us by killing competition among banks and hiding taxes through inflation.

He’s right. The Federal Reserve can create money out of thin air, and lend it to the government to spend. But increasing the supply of money– when it’s not backed by anything– leads to inflation.

That’s because there are more dollars chasing the same amount of goods in the economy. So every dollar is worth less.

But the government benefits from the value stolen from each existing dollar… because it makes each dollar of government debt worth less in the future. Therefore inflation is just a hidden tax.

War funding is the main reason the government needs this hidden tax power.

Somehow, they knew that Obama– the new Commander-in-Chief of a nation embroiled in two wars– was truly a peaceful man.

At the same time, the Federal Reserve went to work on “quantitative easing”– a.k.a printing money. Ostensibly to save the country from a recession, the Fed conjured up trillions of new dollars.

But as you know, the wars continued…then they expanded.

The US gave air support to Libyan rebels in 2011, ousting Ghadaffi. Ghadaffi was no angel, but at least the country was stable under his regime. Today Libya is lawless and serves as a breeding ground for terrorism. Open public slave-markets have returned to Libya after being virtually non-existent during Ghadaffi’s four-decade rule.

And then the US started bombing Syria, siding with rebels in the fight against Bashir al-Assad. Again, not a great guy. Yet the opposition forces, which the US funneled weapons to, included ISIS…

By 2015, Obama had sent in US ground forces to stop ISIS from gaining a foothold in the country which the US destabilized.

With the help of the Federal Reserve, about $8 trillion of the $22 trillion national debt was spent on the wars in the middle east since 2001.

But it hasn’t helped.

Today, the US is still bombing Yemen, is still at war with Afghanistan, still has troops in Iraq and in Syria, where the civil war continues.

And now you can hear the war drums beating once again, this time for Iran.

The wars have not ended, and neither has the Fed.

Today, the same banks that got us into the 2008-2009 recession exist, because the Federal Reserve helped bail them out.

They engage in the same behavior that got us into the last recession– essentially betting customers’ deposits on toxic investments, without enough reserves to back even a fraction of the potential catastrophic losses.

The US isn’t going to voluntarily end the Fed any more than it will pull out of all its wars and overseas interventions.

But the inflation needed for the war (and created by the Fed) threatens both the perpetual warfare system and the Federal Reserve.

It seems pretty unlikely the US government will be able to pay off its massive debts without printing more and more money, making the US dollar less and less valuable.

That can cause a lot of turmoil. But there is a silver lining if you see it coming, and know how to react.

As always you need a plan B– enough diversity in your investments and savings to thrive no matter what happens.

Gold and silver are great hedges for inflation— even better if you hold them offshore so that a desperate bankrupt government can’t get its hands on them.

A foreign passport, plus foreign property, currency, stocks, and bank accounts, are great to spread risk outside the US, away from its substantial liabilities.

These are steps that make sense no matter what happens next. And when you know the government is set on squandering the wealth of future generations, it makes sense to take matters into your own hands.