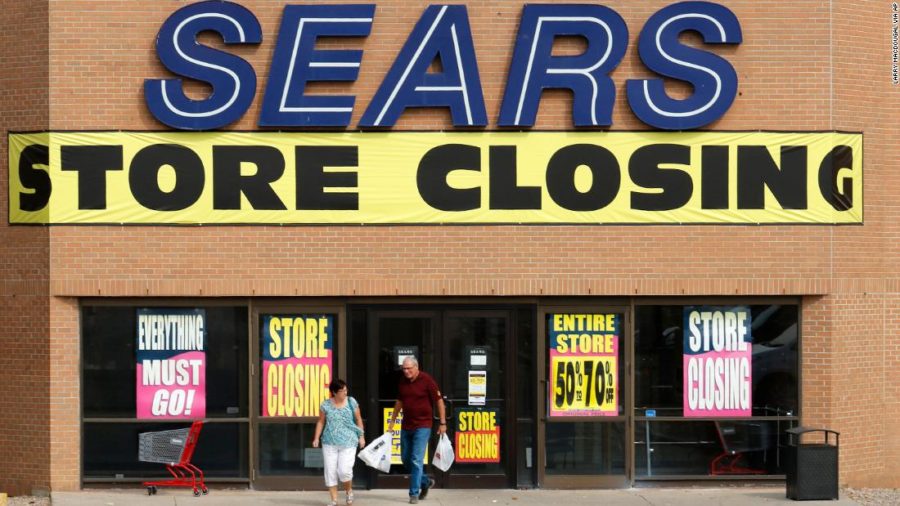 Sears Roebuck started in 1892 as a mail-order watch catalog. They soon moved into selling almost any consumer goods you could think of in their catalogs.

Imagine being able to shop from the convenience of your own home!

You could order sewing machines, buggies, clothes, and even guns through the mail, and have them delivered to your door.

Of course, brick and mortar physical retail stores were not so happy. Some even went out of business. Sears was cheap, convenient, high quality, and even offered free delivery.

In 1925, Sears opened its first retail store and quickly expanded to physical locations throughout the country.

It soon grew to become the largest retailer in the world.

Does this story sound familiar?

Amazon started in 1994 as an internet book retailer. They soon moved into selling almost any consumer goods you could think of on their website.

They made it so easy to shop from home!

Of course, brick and mortar physical retail stores were not so happy. Some even went out of business. Amazon was cheap, convenient, and sometimes offered free delivery.

On Monday, Sears has $134 million in loans coming due. The company is expected to file for bankruptcy according to the Wall Street Journal. The plan will likely include shuttering stores and selling off the remaining inventory.

Walmart came along in 1962 and challenged Sears’ retail supremacy. By 1989, Walmart surpassed Sears as the largest retailer in the country.

And then it was Amazon’s turn to challenge Walmart…

I’m not saying this means Walmart has only 56 years of life left, or that has Amazon will expire in 2120, following the 126-year life cycle of Sears.

I am just pointing out that it is easy to have a distorted view in the present.

Ask anyone in 1955 if they thought Sears would go bankrupt and they would have scoffed. How could such a dominant business ever collapse?

Right now Amazon is dominating. But that doesn’t mean Amazon will always dominate.

Just a few years ago Walmart was on top, and it was hard to imagine a strong competitor rising from nowhere to challenge their number one spot.

Walmart still has higher sales than Amazon. But the overall value of the Amazon company is much higher than Walmart.

The two retail giants are battling for control over online retail, as well as grocery delivery. Walmart is a major grocery retailer, and of course, Amazon just entered the space with its acquisition of Whole Foods.

Competition between the two companies has even led to drastic drops in pricing when the companies get into price slashing wars.

The important point is that Amazon and Walmart do have competition.

They are far from monopolies. And no company is safe in its dominant position forever.

This competition forces companies to become better in some way, or lose business. This can manifest itself in a better customer experience, cheaper products, better products, or even better working conditions for employees.

And there is no telling what other companies will come along to challenge these companies’ dominance.

But history shows there will be challengers to the likes of Sears, Walmart, Amazon, and even behemoths like Google, Facebook, and Apple.

None of them are guaranteed their top spots forever. In fact, history all but guarantees that their time will come too…

As long as the market stays relatively free, these companies cannot become or remain true monopolies.

There is one concern…

When the government gets involved, they screw up this natural, beneficial, free-market competition.

And that is the real threat. That the government will keep something alive despite its market failure.

Wall Street got bailed out after the 2008 financial crisis. The bankers responsible for risky investments and financial manipulation didn’t lose their jobs–they didn’t even lose their bonuses. The taxpayers took the bill, while we wallowed in the mess that Wall Street created.

General Motors was also considered too big to fail. The taxpayers were forced to bail out the failing automaker, losing over $10 billion. Meanwhile, GM still laid off over 20,000 employees.

The government protected the status quo and killed innovation. These industries were due for an upset, for a major competitor to shake them to the core, to clear out the dead wood so that new plants could grow.

Instead, they were propped up with the support of the government, making it harder for better alternatives to emerge.

Unfortunately, Amazon already makes some money from the government. They have a CIA contract worth $600 million per year.

Some also say that the US Postal Service–and therefore the US taxpayer–subsidizes Amazon’s business by not charging a market rate for package deliveries. A 2006 law does, however, prohibit the Postal Service from charging below its actual costs to deliver packages.

Regardless, that is one more interesting similarity to note between Amazon and Sears.

The Rural Free Delivery Act of 1896 was a huge help to Sears’ mail-order business. The law expanded package delivery to more rural areas of the United States. Previously, these people had to travel quite some distance to pick up their packages at a Post Office.

So in the end, we shouldn’t worry about the market dominance of any particular company. We should really concern ourselves with being informed consumers.

And that might mean boycotting businesses when the government gives them an unfair advantage.