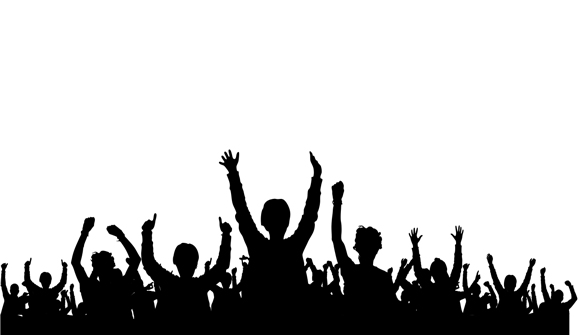 STAFF NEWS & ANALYSIS
When We Will Celebrate the End of QE, and Why
By Staff News & Analysis - December 19, 2013

Farewell QE, you have been a magnificent success … As the US Federal Reserve starts to drain dollar liquidity from the global system at long last, let us celebrate success. Quantitative easing has worked marvellously well. Monetary policy has been vindicated. – UK Telegraph

Free-Market Analysis: The promotional propaganda is well underway. We are told that central banks are starting to print less money, especially the Federal Reserve.

But to run a central bank is to run a printing press. And no one – no one at all – can ever say with certainty how much money is too much and how much is too little.

And thus the Fed's slowing of quantitative easing is merely guesswork. A handful of men in a room cannot with any accuracy predict the volume and price of money. Nor can they insist on these indices without bringing ruin to much of the economy over time.

The US, UK and Japan are all recovering, moving closer to "escape velocity". The Swiss National Bank – that bastion of orthodoxy – has kept its economy on an even keel by quietly amassing a bond portfolio equal to 85pc of GDP …

This may surprise those who think it necessary to generate a surplus in order to cut debt ratios. That is the Schwabian housewife syndrome, which confuses an economy with a family budget … In reality, nominal GDP merely has to grow faster than the debt stock. Magic does the rest.

… You hear a refrain in Berlin and Brussels that the recovery of the QE bloc is somehow feckless, phony and illegitimate, that the money printers are just building up more debt, putting off their day of reckoning while Europe takes its punishment early.

Nothing could be further from the truth. Such thinking is a tangle of fallacies, reflecting the zero-sum mindset of the Puritans, almost Malthusian in character. It confuses debt levels (irrelevant) with debt ratios (crucial). It focuses narrowly on public debt, ignoring the displacement from austerity overkill onto private debt burdens.

… Those who feel angry over what has happened should remember that creditors lose everything if economies are so bady mismanaged in a crisis that mass default ensues, as in Greece, or Cyprus, or the US in the early 1930s, or if the political system disintegrates altogether.

Remember too that governments bailed out the banks after the Lehman crisis, and therefore bailed out savers, too. The moral contours of QE depend on your angle of vision. But would you rather be surrounded by mass unemployment? So let us waive a fond farewell to the printing press. It has served us well.

This is Ambrose Evans-Pritchard at his craven worst. Often far more perceptive than other journos when it comes to monetary theory, Evans-Pritchard accepts (as he must) the ruling class's narrative of monetary science.

In fact, no one can wave farewell to the "printing press." For the most part central banking numbers are notoriously unreliable. We shall probably never know how much money was really injected into the economy in the past five years. Nor shall we know how much is "tapered" now.

One thing is certain: Central banks will continue to print money. It's what they are set up to do. By printing money they create tremendous booms and busts.

Now they may have created another unbalanced boom, as without doubt the parts of Western economies that are going up are those that reflect banking preoccupations: houses, commodities and securities markets.

Central bank money is disseminated through the banking system. And the banking system over years funnels it into investable facilities like the stock market. It is a criminal system, predicated on rigorous control of money stock.

If bankers really wanted to benefit the middle class, they'd pump it directly into bank accounts. But they won't, for that would reveal the essential phoniness of the system and it would also generate vast price inflation.

But price inflation they will have nonetheless. By the time bubbles are visible, as they are, it is way too late for the economy to contain the damage.

And thus they pretend to cut. Or trim the advance. But markets, especially stock markets, will continue to rise. It is possible markets shall go up a little bit less quickly now. But central banks and the economies they have distorted are fully dependent on monetary stimulation.

As for the article's point that we are better off with this system than with a general collapse, we beg to differ.

This is a terrible, ruinous system, designed evidently and obviously to ruin as many among the middle class as possible, while consolidating control and wealth at the very topmost levels of the economy.

Ultimately, this system will fail, sooner or later. The distortions are very far-gone now. Unemployment, poverty and a generalized lack of opportunity are the inevitable outgrowths of central banking and its handmaiden, the regulatory state.

Evans-Pritchard celebrates the "recovery" that he is instructed to fete. But we do not. There is no recovery, not for hundreds of millions. And there is no real trimming of monetary policy. Central banks print money. That's what they do.

One day, when it is unsupportable, this terrible system will die a well-deserved death. People will finally be exposed to a marketplace bereft of price fixing and money rigging. There will be monetary competition and gold and silver shall circulate freely.

Gradually, people's lives and families shall recover. Darkness shall lift.

Then we shall celebrate.