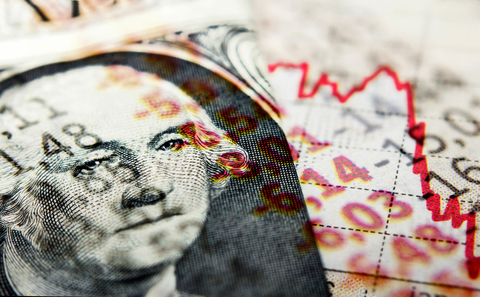 STAFF NEWS & ANALYSIS
Why Are AstraZeneca and Pfizer Immune From Liability for Vaccine Damage?
By Ben Bartee - March 02, 2021

In 2007, decades of unchecked Manhattan greed culminated a financial meltdown that threatened the entire world economy.

Consultants to the multi-billion-dollar pharmaceutical firms AstraZeneca, Pfizer, and Moderna evidently learned valuable lessons from the events that followed.

In a functional society, the 2007 collapse would have triggered a groundswell of legal schadenfreude in response to the bankers’ malfeasance.

Disgraced executives would have been made to offer nightly live-streamed tsunamis of tear-filled mea culpas in bids to avoid the death penalty.

Insofar as regulation of interstate commerce falls under the purview of the federal government, federal prosecutors would have issued indictments near and far, as far as the eye can see. State prosecutors should have followed suit.

2007, in short, should have been a legal hunting season for Manhattan hucksters.

Instead of any of that, the bankers held a metaphorical gun to the economy’s head and demanded more cash as they slipped out of the back door. Not only were none of them prosecuted — the government threw more cash at them to try to quench the fire.

Against the backdrop of an imploding economy, the theoretical representatives of the people spent $700 billion buying back the toxic casino debts that Wall Street conjured out of fiat.

Most of the un-prosecuted Manhattan racketeers have grown fatter in the intervening years, many occupying board positions and landing gigs as cable news actors, tasked solely with parroting the newest Goldman Sachs talking point.

Average Americans, as usual, got crumbs.

Another of the top economic sector – this time the pharmaceutical industry – has found itself in a similarly fortunate position, in the sense of holding a metaphorical gun to America’s head.

The leverage, however, that Big Pharma enjoyed over the US citizenry was not economic meltdown.

This time, their ultimate bargaining chip was a breathlessly reported upon emerging pandemic that – back in February 2020, per the inaccurate predictions of Dr. Fauci and other de facto public health policy-setters — threatened to kill millions in a matter of months.

Of course, they promised, the suffering could be alleviated with an emergency vaccine.

Here, Big Pharma took a page out of the Manhattan banker playbook in the form of the Shock Doctrine. A central thrust of the Shock Doctrine is that, as a means to expand its power, the corporate state must seize on a public crisis to capitalize when the opportunity presents itself.

The fear that is generated from the threat of economic or social collapse momentarily compromises the judgment of the population. In a blip, concerns for safety from economic doom supersede all others.

“In moments of crisis, people are willing to hand over a great deal of power to anyone who claims to have a magic cure—whether the crisis is a financial meltdown or, as the Bush administration would later show, a terrorist attack.”
-Naomi Klein, The Shock Doctrine

In this tight window, the corporate state makes its move to further extract the material wealth of the country and to tighten its grip on power.

Legal Double-Standards and the Further Collapse of Rule of Law

“In the contracts we have in place, we are asking for indemnification. For most countries it is acceptable to take that risk on their shoulders because it is in their national interest.”

Above is the line that AstraZeneca executives pushed as justification. “Indemnification” means that if and when their vaccines maim or kill, AstraZeneca will lose nothing.

The average person doesn’t need to pass a bar exam to see the hypocrisy and absurdities at play. If a senior citizen goes to McDonald’s, purchases coffee that is too hot, then dumps it on herself, she qualifies for a $3 million-dollar settlement.

Car manufacturers are responsible for faulty airbags when their products fail to perform as the company claims they will.

Why should big pharma need to be incentivized to produce a vaccine? Coming up with a viable vaccine to “save the world” is a PR dividend beyond the wildest dreams of the most ambitious publicist in history.

Indeed, the PR firms operating on behalf of the pharmaceutical giants insist that their clients are working tirelessly to develop vaccines for altruistic, humanitarian purposes – at no profit, obviously:

“A key element of Oxford’s partnership with AstraZeneca is the joint commitment to provide the vaccine on a not-for-profit basis for the duration of the pandemic across the world, and in perpetuity to low- and middle-income countries.”

If a corporation like AstraZeneca is sufficiently motivated to provide a theoretically lifesaving treatment with no regard to profit, why would it need additional incentives in the form of guarantees from legal authorities that it won’t be responsible for potential injuries or deaths?

All the more so if AstraZeneca executives genuinely believe — as their public utterances convey – their product to be totally safe.

“The results show that the vaccine is effective against Covid-19, with in particular no severe infections and no hospitalisations in the vaccine group, as well as safe and well tolerated.”

Which begs the follow-up question no corporate news actors will ever ask: Why is legal immunity even necessary, then, Pascal?

This is how the game is played:

When MSNBC talking heads are cajoling their viewers into submitting to vaccination because of a supposed fidelity to science, Pfizer’s and AstraZeneca’s vaccines are safe and effective beyond reproach; suggesting otherwise, according to corporate media, is conspiracy-thinking.

When the focus turns to responsibility for the consequences of said vaccination, “taking that risk on their shoulders,” in the words of Ruud Dobber, would be unfair because the science is still out.

Thus the corporate state chips away at rule of law – another form of privatized profits, and socialized losses.