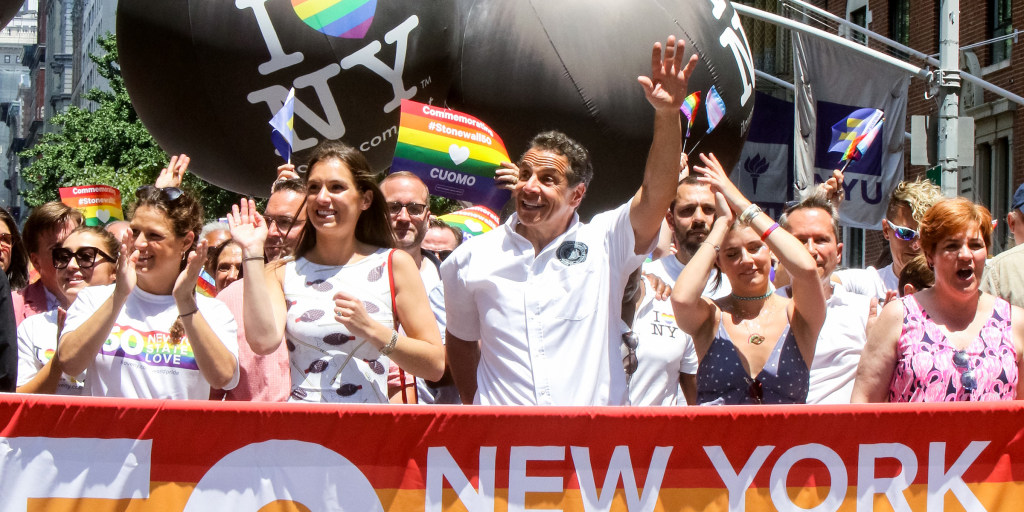 New York Governor to Peasants: “Don’t worry about the Elderly COVID Genocide I committed and then lied about for months while posing as a pandemic hero. Look over here: my trendy, oppressed daughter identifies as a gender-queer member of the minority LGBT4GF150© community now. Don’t hatecrime me, bro.” 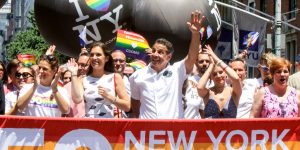 Andrew Cuomo offers the LGBTQ4GF150+ Nazi salute to signal his allyship, offers his daughter to the non-binary gods

By way of neoliberal organ of state Huffpo, the world must now celebrate Andrew Cuomo’s daughter’s announcement that she’s bisexual.

Nod your head in admiration of her bravery, peasant.

“Today, I stand in my queer identity with pride, and in memory of those who came before me. I stand indebted to the activists who fought for my right to love and happiness. I stand with a helping hand outreached to those finding their way from under socially constructed boxes to emerge from the closet. I’m standing with you.” 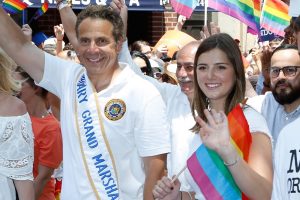 “Will the boys at Coachella think I’m special now that I came out on Instagram, Daddy?”

The whole look-at-me-world-I’m-a-real-bisexual-now thing might not last long, though. After all, next week, or maybe later on in the day, as she reminds her subjects, Michaela might just decide she’s non-binary or demisexual or whatever, if she feels like it:

“To the questioning folks, know that we all reserve the right to change our minds or evolve at anytime [sic].”

SJW Logic 101: “Sexuality isn’t a choice, bigot!” Also, “it’s totally a choice and I can change my mind whenever I want, bigot. Respect the science.” 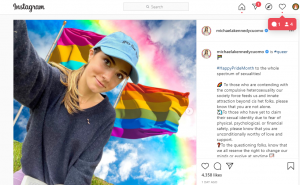 Just a day ago, Michaela Kennedy-Cuomo was the uber-privileged upper-upper-class white daughter of an imminently corrupt New York politician. Now, she is a marginalized minority fighting the good fight. 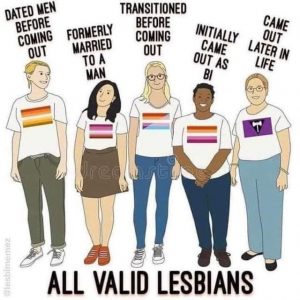 For those trying to keep track, Michaela Cuomo-Kennedy is apparently #1, #2 and #4 (for now). Check back on her Instagram for updates.

Of course, no maximum-cringe, self-indulgent social-media LGBTQ5GF150©+ coming-out party would be complete without passing down instructions to the peasants on how to be allies, now that the 23-year-old has transformed overnight into an expert on the struggles of the “community” she’s belonged to for a single news cycle:

“To hetero allies, please be mindful that we don’t know who around us is questioning or struggling to embrace their sexual identity. Being pro gay marriage is not enough to assure queer folks that we will not be ostracized for our sexuality. Support your friends by speaking up against homophobia and by actively reaching out to the members of your community who’s [sic] sexual expression may be isolating.”

Where ever would Michaela Kenney-Cuomo get the idea that coming out as non-binary or whatever could help a vapid social climber gin up a hearty cycle of fawning media coverage? 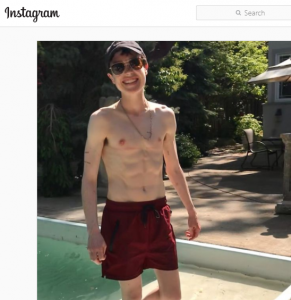 Also from May via CNN: 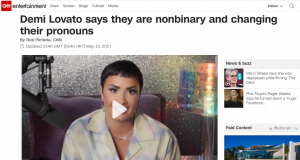 Up until 2013, the psychology community in the “psychiatry Bible” DSM – not to mention mainstream society – categorized transgenderism (and its never-ending variants in the LGBTQ+++ alphabet soup) as a mental disorder.

Now the same people who would have been patients just 8 years ago are publicly lauded for their quixotic bravery in fighting the patriarchy – or whatever heroism de jour they are theoretically engaged in against a racist, sexist Western Patriarchy.

“We don’t negotiate with terrorists”

Behold the fruits of the LGBTQ4GF150©+ agenda: a veritable Holocaust for women’s sports. 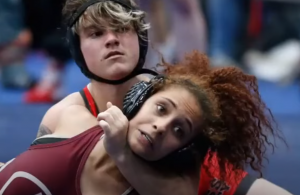 Female-to-male trans wrestler Mack Beggs gets jacked on synthetic testosterone (illegal in competitive sports except, apparently, if you decide you are a man) and steamrolls female competitors. 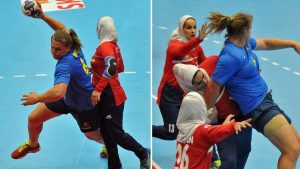 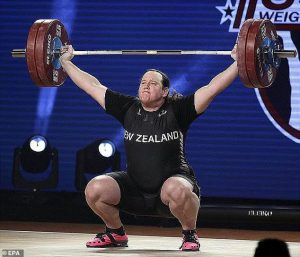 It’s all so tolerant, and empowering, and progressive.

Ben Bartee is a Bangkok-based American journalist with opposable thumbs. Contact him via his blog, Armageddon Prose. Support his independent journalism via Patreon or PayPal.