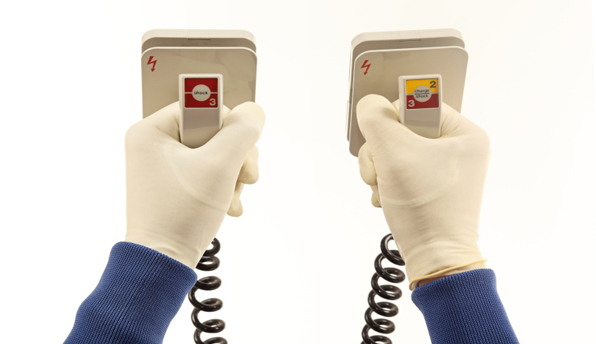 The truth is out: money is just an IOU, and the banks are rolling in it … The central bank can print as much money as it wishes. Back in the 1930s, Henry Ford is supposed to have remarked that it was a good thing that most Americans didn't know how banking really works, because if they did, "there'd be a revolution before tomorrow morning". Last week, something remarkable happened. The Bank of England let the cat out of the bag. In a paper called "Money Creation in the Modern Economy", co-authored by three economists from the Bank's Monetary Analysis Directorate, they stated outright that most common assumptions of how banking works are simply wrong, and that the kind of populist, heterodox positions more ordinarily associated with groups such as Occupy Wall Street are correct. – UK Guardian

Dominant Social Theme: It's true, according to the BOE. Central banks are unimportant. Occupy Wall Street had the right idea. The problem is capitalism and greed, not the modern central banking economy.

Free-Market Analysis: There are two main props to the authoritarian force of modern capitalism, so far as we can tell. One is monopoly central banking and the other is corporate personhood. Both of these are enforced by law, which means if you somehow try to undermine either of these you may end up in jail.

But now, in yet another desperate attempt to revive the neo-French Revolution that is Occupy Wall Street, the Bank of England has released a study attempting to show that modern capitalism is the result of private bank lending and that monopoly central banking is effectively blameless for modern, serial economic catastrophes.

We arrive at this viewpoint courtesy of one of Occupy Wall Street's chief philosophers, the anarchist-socialist David Graeber. In the Guardian, he seizes on a recent BOE study to show that those who minimized central banking in the past were correct. Central banking, after all, is merely a technocratic monetary methodology of little interest to anyone except a fringe group of Austrian economists intermingling with a larger pool of loony libertarians.

To get a sense of how radical the Bank's new position is, consider the conventional view, which continues to be the basis of all respectable debate on public policy. People put their money in banks. Banks then lend that money out at interest – either to consumers, or to entrepreneurs willing to invest it in some profitable enterprise.

… What the Bank of England admitted this week is that none of this is really true. To quote from its own initial summary: "Rather than banks receiving deposits when households save and then lending them out, bank lending creates deposits … "

In normal times, the central bank does not fix the amount of money in circulation, nor is central bank money 'multiplied up' into more loans and deposits." In other words, everything we know is not just wrong – it's backwards.

When banks make loans, they create money. This is because money is really just an IOU. The role of the central bank is to preside over a legal order that effectively grants banks the exclusive right to create IOUs of a certain kind, ones that the government will recognise as legal tender by its willingness to accept them in payment of taxes.

There's really no limit on how much banks could create, provided they can find someone willing to borrow it. They will never get caught short, for the simple reason that borrowers do not, generally speaking, take the cash and put it under their mattresses; ultimately, any money a bank loans out will just end up back in some bank again.

So for the banking system as a whole, every loan just becomes another deposit. What's more, insofar as banks do need to acquire funds from the central bank, they can borrow as much as they like; all the latter really does is set the rate of interest, the cost of money, not its quantity. Since the beginning of the recession, the US and British central banks have reduced that cost to almost nothing. In fact, with "quantitative easing" they've been effectively pumping as much money as they can into the banks, without producing any inflationary effects.

… What this means is that the real limit on the amount of money in circulation is not how much the central bank is willing to lend, but how much government, firms, and ordinary citizens, are willing to borrow. Government spending is the main driver in all this (and the paper does admit, if you read it carefully, that the central bank does fund the government after all).

… Why did the Bank of England suddenly admit all this? Well, one reason is because it's obviously true. The Bank's job is to actually run the system, and of late, the system has not been running especially well. It's possible that it decided that maintaining the fantasy-land version of economics that has proved so convenient to the rich is simply a luxury it can no longer afford.

We've quoted at length because it shows clearly how dominant social themes can be threaded together with the goal of creating further globalism. As bizarre as it sounds, the BOE has now decided to create a theoretical justification to support a radical opponent of capitalism – OWS.

Yet it is not so bizarre as it sounds if it one peers beneath the surface. In fact, there is little doubt that Occupy Wall Street, which has mercifully receded, was a creation of internationalism.

It emerged from nowhere with apparent ties to George Soros. The meme was simple: One percent of the Western world was obscenely wealthy and ought to "pay the penalty" for creating that wealth. The "people" ought to control the creation of money, not "bankers."

But this was a kind of disinformation, as we and others pointed out. The problem with the world's wealth was likely restricted to a handful of the world's wealthiest individuals who control central banking via the Bank for International Settlements and other globalist entities.

Eventually, because of its radicalism and misinformation, Occupy Wall Street became less and less of a force. But we never believed that the malevolent intent motivating it would entirely subside.

This is because the power elite behind OWS is desperate to blame modern economic problems on something other than central banks. Central banking is where elite power lies. Absent monopoly central banking, elites lose money power and its incalculable benefits.

And thus in this Internet Era, they have created an endless array of faux-economic analysis and movements. The main one is, of course, the idea of the "national bank" that is supposed to provide an alternative to "private" central banking. Again, the idea is that if the "people" control money printing, then its abuses will be lessened.

In reality, this is nonsense. Money only works well if it is private, if no one group of individuals – whether representing the "people" or not – controls the creation and issuance of money. Money through the ages has been gold and silver and has often been subject to marketplace competition, as it should be.

But in creating its false memes, globalist money power seeks to confuse the issue. It wants us to believe that the problem with money creation lies with US. We demand loans from our banks and this creates the boom/bust cycle that is so destructive.

The top central banking elite has nothing to do with it. They are just passive observers trying to maintain a stable monetary system, but one that is regularly sabotaged by the greed of the larger population.

The power elite never lets a meme die. When the global warming meme was fizzling, we were introduced to "climate change." When the war on terror looked less believable, the Middle East and Northern Africa suddenly went up in flames.

And now this: If there are business cycles, we ourselves are to blame, not monopoly central banking. It is commercial banking that is the tool we use to sabotage our economies.

If we focus on central banking, we are focusing on the wrong target. We need to target commercial banks and their Wall Street henchmen.

Just to ensure that anger will be focused where it ought to be, the Bank of England issued a fatwa informing investors that they will be responsible for "too big to fail" banks in the future.

Here is how the UK Telegraph described it:

The deputy governor of the Bank of England has declared an end to the era of taxpayer bail-outs for the world's giant lenders. Almost five years to the day since the collapse of Lehman Brothers triggered the worst financial crisis since the 1930s, Paul Tucker claimed that America's biggest banks are now in a position to go bust without state intervention.

Britain and the rest of Europe are "not far behind" but draft laws still need to be ratified. In future, the cost of a bank bail out will be borne by its investors rather than nurses and teachers, Mr Tucker said.

Isn't this fairly obvious? The BOE releases a paper blaming money creation on commercial banks. At the same time, its deputy governor makes clear that individual investors will bear the losses of large banks in the future.

Confuse the monetary mechanism with cleverly created "studies" and incite tension and anger (divide and conquer) by setting individuals against commercial banks.

The net effect of these manipulations is to remove central banking from the proverbial line of fire. Perhaps this is the reconfiguration we've been waiting for. David Graeber certainly believes it is.

There are larger ramifications as well from an investment standpoint. In the short – or shorter – term, a Wall Street Party is taking place. In the longer term, the power elite is laying the groundwork for a great crash and the advent of a truly international monetary system with a consolidated currency and central bank.

OWS is to provide philosophical cover for the eventual dismantling of the current system. That's why it is important and that is why the BOE is releasing studies that people like Graeber can seize upon.

Will OWS soon rise phoenix-like from its own ashes? If so, its wings will point the blame anywhere and everywhere except at central banking.