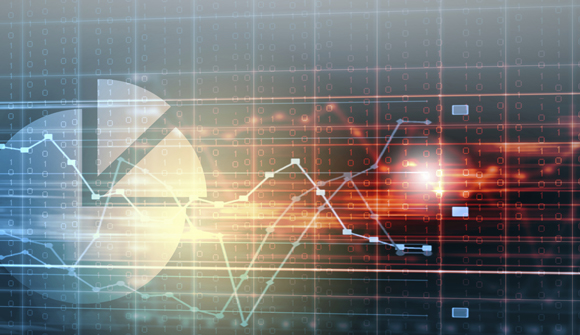 The middle class is poorer today than it was in 1989 … The fundamentals of the economy are, well, okay. It's been slow and steady, but the recovery has chugged along enough to get us back to something close to normal. The economy has surpassed its pre-crisis peak, unemployment is at a six-year low, and stocks have more than tripled from their 2009 low. It's not the best of times, but it's certainly not the worst — which was a very real possibility after Lehman Brothers' bankruptcy threatened to send us into a second Great Depression. – Washington Post

Dominant Social Theme: Things aren't going well because of the greed of the one percent, but sooner or later they will get better. The economy is growing, after all.

Free-Market Analysis: This kind of article is a fairy tale organized around selected numerical evidence. It reminds us of the famous phrase, "lies, damned lies and statistics," often attributed to Mark Twain.

The article is posted at the Washington Post and is actually penned by bloggers known in aggregate as Wonkblog. The idea seems to be to take statistical indicators and try to make them relevant by pointing out that they have a larger meaning.

Certainly this article deserves little in the way of applause. Here's more:

If voters credited them with this economic turnaround, Obama and his party might have a better chance of holding the Senate this fall, an outcome that looks precarious … Unfortunately for Obama, though, voters have rewarded him for the upbeat economic news by starting to trust Republicans more on the economy.

What in the name of Phil Gramm is going on? Part of this mystery isn't one at all: the economy simply isn't as healthy as the headline numbers suggest. Unemployment has fallen, in part, because so many people have given up looking for work rather than finding it, and there are still millions of part-timers who want full-time jobs. But then there are deeper factors at work. The economy has gotten bigger, but much of that growth hasn't reached the middle class.

Indeed, the top 1 percent grabbed 95 percent of all the gains during the recovery's first three years. And that's not even the most depressing part. Even adjusted for household size, real median incomes haven't increased at all since 1999. That's right: the middle class hasn't gotten a raise in 15 years. But one of the biggest, and least appreciated reasons Democrats might be struggling, is that the middle class is poorer, too.

Median net worth is actually lower, adjusted for inflation, than it was in 1989. Even worse, it's kept falling during the recovery. Yes, even after the economy started to grow again, and the stock market started to boom, and housing prices began to bounce back, the median net worth of the average American household continued to decline. (Source: Federal Reserve Survey of Consumer Finances)

… At least during the bubble years, rising home prices gave people access to credit that helped mask their stagnant wages. But no more. Home equity lines of credit are down almost 25 percent from their peak, and are still declining. The middle class, in other words, can't borrow from the future to pretend that the economy is working for them today. But people won't be happy until they don't have to pretend anymore.

Our view is that people will wait a long time to be happy. As the article itself points out, the middle class as usual missed most of the stock boom that has taken place – while participating in all of the housing bust.

It is possible that US middle classes will pile into stocks toward the end of this "faux" bull, but when they do, they won't do it intelligently. They'll invest in mutual funds, for instance, without hedging and without even allocating properly, if history is any guide.

There are some ways to play this market – as choppy as it is – as 2014 winds down. And there will likely be more ways to play it in 2015 if Mr. Market doesn't fall out of bed. But as this article points out, those who need to maximize their profits to keep their collective heads above middle class water are going to get in at the wrong time, just as they got out at the bottom.

Our gripe regarding this article is that we learn a good deal about middle class defenestration and very little about the reasons that it occurred. We are well aware of the WHY when it comes to middle class difficulties – but you won't find it in this Washington Post article. The WHY has to do with a confluence of factors that converge to make the system itself dysfunctional.

Most of the dysfunction revolves around an ever-expanding Leviathan – one created and sustained by government force. Corporations fatten on judicially enforced corporate personhood. The rest of society is either enriched or impoverished depending on whether or not they can take advantage of central bank monopoly-fiat currency.

Central bank "supermoney" then finds its way, in many cases, to securities markets – including stock markets. But at no time during this circuitous journey does much of this new money "trickle down" to the middle class, or not until price inflation has already taken its toll.

Once one understands the way the current system works, one is not likely to be surprised by gloomy statistics. The US middle class – the Western middle class – is being squeezed out of existence by monopoly money printing favoring only the very largest corporations that have relatively easy access to central bank "money power."

Many of these corporations, an increasing number, generate huge profits by operating quasi-financial facilities. Middle class woes are expanded by an inability to obtain central bank currency at the beginning of the cycle and by the reality that this sort of money-generation is almost exclusively financial and bypasses the entrepreneurial class and mid- and small-sized businesses.

Start-ups, for instance, are said to last up to five years on average, which is just about the same length of time as one modern business cycle. Central banks print, savers and investors enjoy faux wealth and then the market and economy crash together when overproduction becomes generally acknowledged.

None of this is explained in the dreary march of figures provided by the Washington Post's Wonkblog. And, in fact, it is very likely the numbers cited by the Post are inaccurate and minimize the real problems. But the most significant difficulty with this article is that it lacks a credible frame of reference.

Unfortunately, this particular flaw is regularly reflected generally in the Western mainstream press.