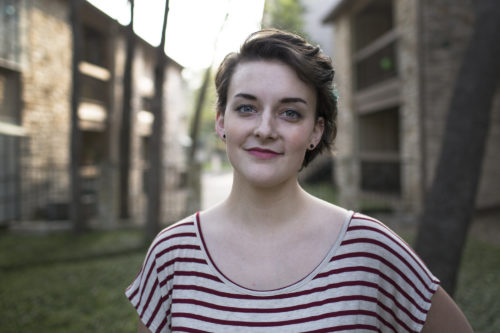 STAFF NEWS & ANALYSIS
You Can Make Your Kids Invisible to the US Government. But Should You?
By Joe Jarvis - March 02, 2018

Do you ever wish the U.S. government didn’t know you exist?

Faith doesn’t exist, according to the U.S. government.

Her parents thought it was wrong for the government to assign children a number. In a sense, they thought they could keep their children free by keeping them out of all records.

All nine children were born at home using midwives who agreed not to file any paperwork. They all had no birth certificates and no social security numbers.

They were all homeschooled, and while their parents were not abusive, they were strict. Even after their children turned 18 the parents kept them from using the internet, working, or having a phone without permission.

And the siblings were trapped because they couldn’t go out on their own without government documentation. They couldn’t open a bank account, get a job, or even sign up for a library card.

The government controls your entire life based on the number they assign you at birth. If you don’t have government documentation, the government prevents you from going about your daily life.

But that didn’t change the fact that Faith was stuck. The government ended up being an unwitting accomplice to trapping Faith under her parents’ jurisdiction. Instead of being a slave to the state she was dependent on her parents.

Faith convinced her grandparents to take her with them when they visited her family one day. By this time, Faith was over 18 so there was nothing legally her parents could do. She felt like she had escaped her oppression.

But then what? What could she do? The government would continue to prevent her from working, traveling, driving, getting her own apartment, and so many other things. To the government, you are just a number. Without her number, to the government, Faith was no one.

A Blessing in Disguise?

Some people argue that Faith’s parents gave her a gift that she doesn’t realize. One podcast host criticized her for actively seeking to become a slave. Her parents seemed to legitimately believe that they were helping her and her siblings live freer lives.

Maybe philosophically or in theory that is true. But in practice, it just means Faith is prevented from doing almost anything. How exactly is she supposed to use this “freedom”? She would still be arrested for driving without a license. She would still be denied from getting on an airplane. She and any employer could still get in trouble is she works and is paid under the table. She couldn’t even go into a liquor and buy alcohol.

I have yet to heard how you actually benefit in the real world from not having a social security number. Again, this doesn’t make it right that the government destroys freedom in such a way. But I am hard pressed to put the blame on Faith for wanting to join society. What else can she do? Live off the charity of other people for her entire life? Become a hunter-gatherer?

Faith got some help from a Texas lawmaker to pass a bill that at least allowed Faith to get a birth certificate, and therefore a driver’s license. But her future is still very much in limbo without her government identification number.

In an Ideal World…

There would be 7.4 billion sovereigns individuals on Earth in an ideal world.

Unfortunately, this is not an ideal world. I love the people who are trying to make it better. But there is a right way and a wrong way to go about it.

If you choose to become a sovereign citizen, great. I’m not sure how effective it is at actually achieving individual liberty. It seems to put a target on your back, guarantee confrontations with the state, and limit your ability to travel.

But it is a form of protest, an attempt at sovereignty, and produces some informative case studies I suppose. I’m the type of guy who thinks individuals should do whatever they think is best for themselves, as long as they aren’t hurting anyone.

But I don’t think you should choose that life for someone else. Some people argue philosophically that it is wrong for the government to require a social security number and birth certificate to be considered a real person.

And philosophically I absolutely agree. All Faith’s problems would have been avoided if the government was not oppressive. The state shouldn’t assign people numbers. The state shouldn’t require its approval for a drivers’ license, to work, to travel, and for every other facet of life.

There’s a lot about this world that shouldn’t be. But we are born into the world the way it is. Yes, we should change it for the better. But we shouldn’t use others as pawns in our fight against oppression.

So were Faith’s parents doing her a favor? No. Maybe they thought they were. But they ended up limiting her freedom to live a normal life. They set her up so that every day of her life would be a struggle against the government.

They were protesting. But they were using their child to protest, without that child’s consent.

As far as anyone can tell, we might only get one shot at life here on Earth. Some people choose to use their life to protest the unjust powers that be. They fight the good fight for freedom.

But it is not wrong to take another approach. Failing to confront the government beast does not make you a coward or complicit.

There are other ways to live a free life without painting a target on your back and fighting fights you can’t win. Live your life as you see fit, peacefully and productively. You make the change at the individual level, and you have done your part to free this world.

And that is what our free guide is all about: how to craft a two-year plan for freedom. Choose the specific freedoms you feel are lacking in your life. Then use our guide to plan and execute.