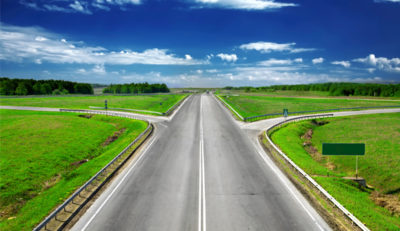 Technology and the American Summer Insurrection of 2013 Sanford, FL—Okay I said it. I just don't see this any other way. I really hope I'm somehow wrong. Unfortunately, history supports all of my fears. What's past is prologue, always. Our nation has never been so racially divided or hypersensitive. The George Zimmerman prosecution has not been able to deliver to the jury the venom and hype the media and the Whitehouse promised. The allegations of a race based stalking style murder of an innocent lad have been exposed in court as pure baloney. – CrimeFileNews

Free-Market Analysis: So now it becomes clearer. If one grants that social control is a process of Hegelian interactions – thesis, antithesis and then synthesis – then one also grants its implementation.

Can we not see the growing chaos around the world, especially in Africa and the Middle East? There is no doubt Western powers are behind much of it, even the recent Egyptian violence. Europe is gripped by violence, as well, based on economic conditions.

Meanwhile, Operation Gladio reminds us that Western intel agencies are capable of implementing longstanding programs to cow middle classes based on a fear of terror. In this case, Operation Gladio, which apparently encouraged certain terrorist trends, is known to have been implemented after World War II in Europe to control European populations and dissuade them from backing radical communism.

Today, the successor to Operation Gladio seems to be the "war on terror" that was generated after 9/11. While the War on Terror has been present throughout the West, it has made its mark powerfully in the US. And perhaps now those same facilities that have been implementing controlled chaos intend a further ratcheting up with the Zimmerman case.

That Martin/Zimmerman case was a simple instance of justifiable homicide resulting from the use of very necessary deadly force to stop an attack by an athletic young thug. It is now more than clear that Trayvon Martin used a sidewalk as a deadly weapon in his effort to murder George Zimmerman by bashing out his brains.

Zimmerman will be finally cleared shortly. The ignorant masses are not watching the trial, just the verdict. That case is really as much or more incendiary than even the Rodney King case. The big difference is today's Information Age. Barack Obama convinced and inflamed millions of African-Americans that Zimmerman was guilty.

The Internet has spread this vile poison far and wide. Accordingly Florida brought a seriously flawed criminal case forward that they knew would never survive in court. It happened because of raw and malicious political pressure. That has put millions of African-Americans on edge.

If the many thousands of tweets and other Social Media threats are any indication, America's big cities are going to see a major bloodbath. The police will quickly lose any hope of control because they have lost their edge.

In past riots and insurrections police has always had exclusive use of portable communications devices. They could easily coordinate tactical peacekeeping efforts via two-way radios. The police have virtually no experience dealing with rioters with absolute communications parity. The thought of this is really frightening.

The game has been changed by millions of cheap, smart phones and the Internet. Those taking part in violence will quickly outnumber police and coordinate ambushes with gasoline and paint thinner bombs that will defeat even the best police body armor.

The hypothesis being advanced here is that the Obama Administration is using the politics of racism to create violence that will further polarize the electorate. Demagogic politicans have always used such techniques.

But our further thought would be that the Zimmerman case – if it does explode into violence – is part of a much broader trend. Internationalists have always used war and violence to make a case for more and stronger global institutions that can guarantee "peace."

Unfortunately, such rhetoric often leads to the "peace of the grave" rather than the peace of the living. And if the Obama administration and others have now taken to using the rhetoric of racism as a way of furthering internationalist goals while distracting from the Great Recession, that would indeed be an unfortunate development.

It would also explain why Obama was quick to make the out-of-character polarizing remark that the victim in the Zimmerman case reminded him, metaphorically, of a son.

The implications of the Zimmerman case and how it is handled may have grave implications for the immediate future of the US. Regardless of the verdict, could it even mark a return of racial violence as a tool of domestic political and economic policy?