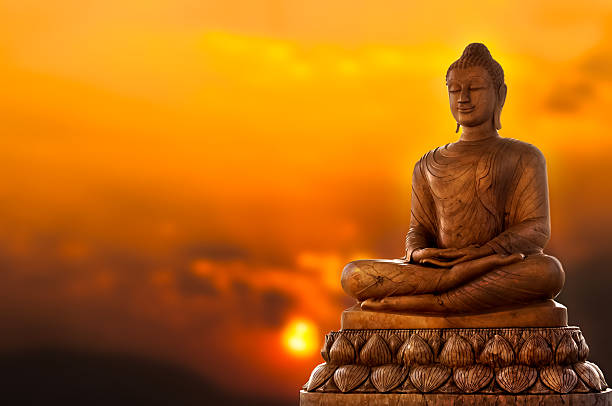 Buddhists have been dealing in liberation for 2,500 years.

Buddha went from being a prince to a monk and finally took the middle path. He wouldn’t live as royalty and he wouldn’t pray in silence. Instead, he traveled and taught. He achieved enlightenment and spread his philosophy, helping individuals journey to liberation.

The teachings are secular. Though Buddhism is considered a religion, it is more closely akin to a way of life. It offers one, of many, paths to individual liberation.

In the Shambhala sect of Buddhism, the personal journey is especially important. In the past, I fell into the trap of thinking I could prescribe the right way for people. What I didn’t realize is that all I can do is prescribe the right path for myself.

Chögyam Trungpa describes the philosophy in his book Shambhala: The Sacred Path of the Warrior. He discusses the gap between grand ideas about how society should function, versus the individual’s ability to run his own life according to the same principles.

You can’t help society purely on the basis of your vision for the nation or the world. There are many ideas about how to organize a society so that it will fulfill people’s needs. There is, of course, the popular idea of democratic rule, rule by the people. Another approach is that rule by an elite will produce a progressive society. A third idea is to take a scientific approach to ruling, in which natural resources are equally distributed and a completely balanced ecology is created. These and other ideas may have value, but they must be integrated with an individual human being’s experience of domestic life. Otherwise you have a huge gap between your grand vision for society and the reality of everyday existence.

Trying to vote for freedom or legislate it is doomed to fail based on the very nature of individual liberty. If you want the ultimate freedom of personal choice, then as an individual you must make that personal choice to be free.

Freedom is the ultimate in grassroots, it is personal, and it has got to happen on an individual level first in order to make a difference on a larger scale.

I didn’t understand this when I once campaigned for candidates for Congress. I thought if we only got the right people in power, then they could implement a top down solution to free society. But even if a politician could deliver this type of individual liberation, why would they? It would put them out of a job. It would make them useless.

Politicians today thrive on selling fear. That is the only way they can remain in power. They act like saviors in a “setting sun” world. That is, a world based on death. It is a world based on scarcity, aggression, cowardice, and fear.

The basic definition of drala is “energy beyond aggression.” The only way to contact that energy is to experience a gentle state of being in yourself. So the discovery of drala is not coincidental. To connect with the fundamental magic of reality, there has to be gentleness and openness in you already. Otherwise, there is no way to recognize the energy of nonaggression. The energy of drala, in the world. So the individual training and discipline of the Shambhala warrior are the necessary foundation for experiencing drala.

The setting-sun world, based on fear of oneself and fear of death, has no connection to drala principle. The cowardice and aggression of the setting-sun outlook actually dispel any magical possibilities, any possibilities of experiencing the genuine and brilliant qualities of reality.

Wars over oil, fighting over borders, conflicts over currency. These are elements of the setting sun world. It is a hedonistic philosophy of greed and pleasure. Grab all you can before the sun goes down, and to hell with anyone left behind.

But you don’t have to be a part of it.

This does not mean you are sacrificing for the greater good. It doesn’t even mean you are any worse off. Your life and the lives of those around you will be better for not participating in the manipulations of the elite.

By divorcing philosophically from their power games, we can begin to implement individual strategies to bring us personal freedom and prosperity.

That doesn’t mean living in a fantasy world.

You can’t simply stop paying taxes with violent consequences. But you can structure your taxes to pay as little as possible. This means you retain more wealth, and the government gets less to spend on aggression.

You can’t easily live under no government. But it is already possible to choose from dozens of countries which may more closely align with your values. Soon there will be even more options. Individuals relocating means becoming freer personally. That also accelerates the need for governments to implement competitive tax rates and regulation (i.e. less of it) in order to attract residents.

So when you use this Shambhala philosophy, you focus on being a better person yourself. You focus on those around you, on a smaller scale than a 300 million person country. You do what you can to enrich yourself, and the lives of your loved ones.

And by doing this you not only benefit personally. You implement the societal changes required for a better world, but on an individual level. And that is the only level you can–and should–control.