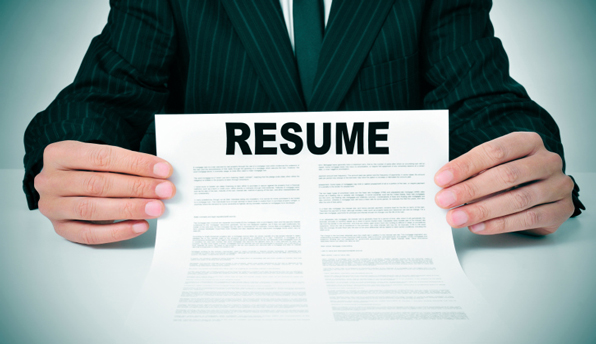 DEA obstructs research into medical marijuana: report … Study says agency should not be in charge of scheduling drugs or giving access to drugs for medical research … The Drug Enforcement Administration (DEA) has maintained marijuana's classification as a harmful drug with no medical benefits despite scientific evidence to the contrary, a new report said, adding that the agency has also obstructed research that could lead to the substance's reclassification. "The DEA impedes research by abusing its discretionary powers over the scheduling process, making it difficult to obtain marijuana for research purposes. We recommend taking away the DEA's power over drug scheduling and access to drugs for research," Ethan Nadelmann, executive director of the Drug Policy Alliance (DPA), said Wednesday during a teleconference. – Al Jazeera America

Dominant Social Theme: It's about time to legalize marijuana. Let's get going.

Free-Market Analysis: Do you work for the DEA on issues related to the continued criminalization of marijuana? Better have your resume handy …

As we've pointed out many times before, increasingly the "marijuana meme" is not up for discussion. There are powerful forces at work supporting decriminalizing and even legalizing marijuana. It's not just marijuana. The entire complex of drug enforcement is probably due for a reset.

We can see this paradigm at work in the Al Jazeera excerpt above. Al Jazeera is a major media player and this is a serious article. It is pointing out quite clearly that the DEA is an obstructionist organization and that its current posture regarding marijuana is not going to stand. And that's a big deal.

The DPA itself is accruing increasing clout. Here, from the DPA website:

The Drug Policy Alliance is led by founder and executive director Ethan Nadelmann, JD, PhD. The organization is governed by a board of directors who bring a wealth of public health, science, civil liberties, social justice and criminal justice experience to the drug policy reform movement. The president of the board is Ira Glasser, former executive director of the American Civil Liberties Union.

The DPA honorary board includes prominent figures from both the left and the right who are renowned for their leadership in the fields of business, law, medicine, media and politics– from Sting, Russell Simmons and Arianna Huffington to the former U.S. secretary of state, secretary of defense, surgeon general, attorney general, and chairman of the Federal Reserve.

Turning to Wikipedia, we find this: "The U.S. billionaire George Soros has been a major financier of the organization with annual contributions of 4 million USD per year."

Soros was also instrumental, apparently, in Uruguay's move to legalize marijuana. He is one of the reasons we believe the movement will grow to include more drugs than marijuana. One can see Soros as a kind of international traffic cop, apportioning funding for a variety of power elite causes.

And here's more from the article:

The report, "The DEA: Four Decades of Impeding and Rejecting Science," released by the Multidisciplinary Association for Psychedelic Studies (MAPS) and DPA, calls on the DEA to end its "unjustifiable" monopoly of the supply of research grade marijuana available for federally approved research.

The DEA has ignored calls to reschedule marijuana — which is currently called a Schedule 1 drug meaning it has no known medical value and is on par with drugs like heroin and crack. Medical marijuana advocates are calling for a rescheduling to Schedule 2 — where the Food and Drug Administration (FDA) would regulate it as a prescription medicine, allowing easier access to medical grade cannabis for scientific research, the study said.

"The DEA has created a Catch-22 — saying that the FDA didn't approve marijuana therefore it's bogus, while at the same time obstructing FDA research necessary for approval," Jag Davies, publications manager for DPA, said. He added that no other drug is treated like marijuana, which is available only from a single government source, the DEA, for research purposes.

… While the DEA continues to argue there is insufficient evidence to support rescheduling marijuana, it systematically impedes scientific research that could prove otherwise, the report said. In 1992, DEA Administrator Robert Bonner said that marijuana had potential medical uses that should be researched, Rick Doblin, executive director of MAPS, said.

… Congressman Steven Cohen (D-TN) — who voted last month in a bipartisan measure in the House to prohibit the DEA from undermining state medical marijuana laws — said the DEA has constantly opposed anything that would change their mindset on marijuana.

The report is obviously meant to be "weighty," quoting influential people and being featured on the home page of the DPA website itself. It's gained wide play at AOL's Huffington Post and the Democratic Underground. One can also find several marijuana decriminalization articles on Al Jazeera's home page.

The article quotes Congressman Dana Rohrabacher (R-CA) as saying that the DEA should encourage research into drugs, especially marijuana. "Nobody should be afraid of the truth."

The report even suggests that the responsibility for determining drug classifications ought to be withdrawn from the DEA and lodged with a more non-partisan agency such as the National Academy of Sciences.

In recent years, U.S. public opinion has changed very quickly about marijuana and sentencing reform with President Barack Obama and Department of Justice Attorney General Eric Holder strongly supporting an end to the so-called "war on drugs" and mass incarceration.

This is a justification for what we call directed history. Understanding what we do now about how these movements get started and evolve, we no more think that public opinion created it than we believe pigs can fly.

Marijuana is being decriminalized because influential internationalists have decided it should be. All over the world in the past six months or so, resistance to marijuana prohibition has begun to crumble. It's affecting all parts of society, from politics to business to civil and military policing.

As we've written before, we're not sure why there is such pressure to decriminalize marijuana – and probably other drugs – now versus, say … ten years ago. But it's like a switch has been pulled. Everywhere you look, politicians and legislatures are backing away from prohibition or actively undermining it.

This is a massive meme, one that is only going to expand. On a more mundane note, it is satisfying to observe the chaos that must now be besetting the hard men of the drug wars.

Those who have spent their lives as soldiers in the "war against drugs" will find – as many others have – that elite memes are fungible, especially today. There is often money and security to be found in supporting dominant social themes. But in the 21st century, those themes are evolving rapidly.