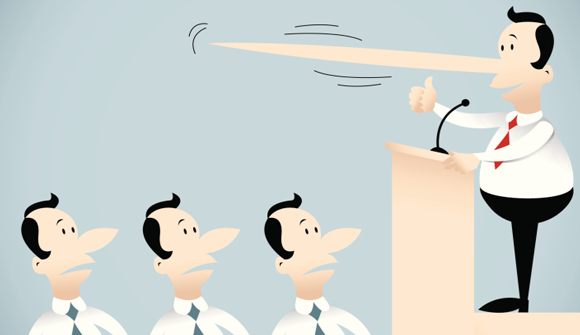 EDITORIAL
Washington Protects Its Lies With More Lies
By Paul Craig Roberts - May 29, 2015

My distrust has deepened of Seymour Hersh’s retelling of the Obama regime’s extra-judicial murder of Osama bin Laden by operating illegally inside a sovereign country. That Hersh’s story, which is of very little inherent interest, received such a large amount of attention, is almost proof of orchestration in order to substantiate the Obama regime’s claim to have killed a person who had been dead for a decade.

Americans are gullible, and thought does not come easily to them, but if they try hard enough they must wonder why it would be necessary for the government to concoct a totally false account of the deed if Washington kills an alleged terrorist. Why not just give the true story? Why does the true story have to come out years later from anonymous sources leaked to Hersh?

I can tell you for a fact that if SEALs had encountered bin Laden in Abbottabad, they would have used stun grenades and tear gas to take him alive. Bin Laden would have been paraded before the media, and a jubilant White House would have had a much photographed celebration pinning medals on the SEALs who captured him.

Instead, we have a murder without a body, which under law classifies as no murder, and a story that was changed several times by the White House itself within 48 hours of the alleged raid and has now been rewritten again by disinformation planted on Hersh.

Perhaps the release of book titles allegedly found in bin Laden’s alleged residence in Abbottabad is part of the explanation. Who can imagine the “terror mastermind” sitting around reading what the presstitute London Telegraph calls bin Laden’s library of conspiracy theories about 9/11 and Washington’s foreign and economic policies?

Keep in mind that the government’s claim that these books were in bin Laden’s Abbottabad library comes from the same government that told you Saddam Hussein had weapons of mass destruction, that Assad used chemical weapons, that Iran has a nuclear weapons program, and that Russia invaded Ukraine. There is no evidence whatsoever that bin Laden had these books, just as there is no evidence for any claim made by Washington. In the absence of evidence, Washington’s position amounts to this: “It is true if we say so.”

I would wager that the Hersh story was planted in order to gin up renewed interest in the bin Laden saga, which could then be used to discredit Washington’s critics. Notice that the authors in bin Laden’s alleged library are those careful and knowledgeable people who have severely whipped Washington with the truth. The whip wielders are Noam Chomsky, David Ray Griffin, Michel Chossudovsky, Greg Palast, Michael Scheuer, William Blum. You get the picture. You mustn’t believe these truth-tellers, because bin Laden approved of them and had their books in his library. By extension, will these truth-tellers be accused of aiding and abetting terrorism?

Obama claims to have settled the score in mafia godfather fashion with bin Laden for 9/11. But there is no body and not even a consistent story about what happened to the body. The sailors aboard the ship from which the White House reported bin Laden was given a burial at sea report no such burial took place. The SEAL unit that allegedly supplied the team that killed an unarmed and undefended bin Laden was mysteriously wiped out in a helicopter crash. It turns out that the SEALs were flown into combat against the Taliban in an antique, half-century-old 1960s vintage helicopter. Parents of the dead SEALs are demanding to have unanswered questions answered, a story that the presstitute media has conveniently dropped for Washington’s convenience.

Other than 9/11 itself, never has such a major event as bin Laden’s killing had such an enormous number of contradictory official and quasi-official explanations, unanswered questions and evasions. And the vast number of evasions and contradictions arouse no interest from the Western media or from the somnolent and insouciant American public.

Now it turns out that Washington has “lost” the bin Laden “death files,” thus protecting in perpetuity the fabricated story of bin Laden’s killing.