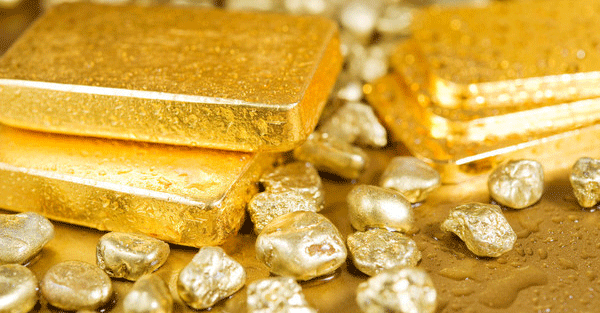 The billionaires are buying gold.

Then there is billionaire hedge fund manager Paul Singer who reportedly believes gold is at the beginning of a global rebound based on the prospect of increased price inflation in the West and around the world.

“It makes a great deal of sense to own gold. Other investors may be finally starting to agree,” Singer wrote in a recent note to clients. “Investors have increasingly started processing the fact that the world’s central bankers are completely focused on debasing their currencies.”

Of course, some central banks ARE buying  gold, particularly non-Western central banks. China, Russia and Kazakhstan have been regular buyers and may increase purchases this year.

The World Gold Council estimates national purchases of up to 600 tons this year, compared with 566.3 tons in 2015.

We’re not surprised by any of this, considering we have regularly reported on stagflation as part of the pattern of the world’s economy in the 2000s.

We’ve discussed the upwards trajectory of gold recently, but in this article we want to be more emphatic about parallels between the 1970s and today – and the specific phenomenon of stagflation.

Because economic patterns are driven by central banks, they are largely predictable. What is not predictable is the time element. However, one can certainly see the patterns unfolding. As they unfold, one can identify their current profile and make educated guesses about where they are headed.

The West – the world – is basically in a monetary depression. The last time this happened was in the 1970s. Then, as now, economies slumped while price inflation rose sharply.

This as known as “stagflation” and it is happening again, just on a larger scale.

In the 1970s, these circumstances drove gold up to around $800 against the dollar. Silver climbed to around $50.

The current economic and inflationary situation is a good deal more severe today than in the 1970s. Additionally, it is not clear that the cycle can be controlled this time around.

Paul Volcker broke the inflationary cycle in the early 1980s by hiking rates to 20 percent. But now one might have to hike them much higher.

And such hikes would likely send many nations into bankruptcy.

Instead, central banks are concentrating hard on printing currency and eliminating debt via price inflation.

Even Perma-bears like Goldman Sachs and Singapore’s Oversea-Chinese Banking Corp. have made higher estimates for the gold price against the dollar this year.

Short-term, some believe that within a month or two gold could be tapping on $1,400 against the dollar.

Gold for immediate delivery jumped 16 percent in the first three months of the year, the biggest quarterly surge since 1986, according to Bloomberg generic pricing. Shares of Toronto-based Barrick have more than doubled this year as the miner accelerates cost-cutting efforts and reduces debt. Barrick is up 39 percent since March 31.

Soros also disclosed owning call options on 1.05 million shares in the SPDR Gold Trust, an exchange-traded fund that tracks the price of gold.

Gold is not a favorite investment of financial elites. But Soros is a professional investor with a $24 billion personal portfolio. Profits drive his investment strategies.

It’s not just stagflation that is driving positive perceptions of the yellow metal.

Soros has recently remarked that China is coming in for a hard-landing. This is one of the reasons for his interest in gold.

He believes China’s “debt-fueled economy” has many of the hallmarks of the US economy in 2007-08. And the result of China’s hard landing will have a significant impact on stocks. In 2009, US stocks dropped by half and didn’t recover until 2016.

Since the end of the first quarter, gold prices have extended their rally, hitting fresh one-year highs above $1,300 earlier this month as investors have bet that the pace of interest rate increases may be slower than previously expected amid global economic turmoil.

Conclusion: One can sum up these conditions as “stagflation.”Within this context, the moves by billionaires to gain exposure to gold (and silver presumably) is significant and confidence building.