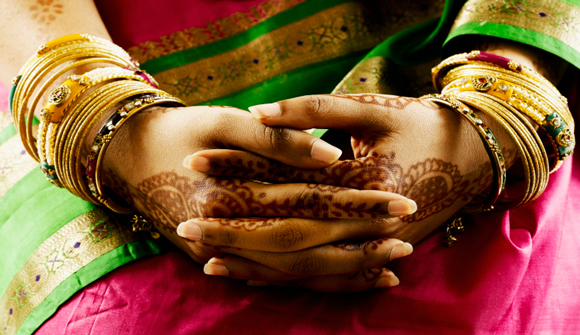 Gold offered a flutter of excitement to participants yesterday, climbing above the $1730 mark as the US trading session opened, marking a tentative improvement in sentiment towards the yellow metal, although its close at $1735 was certainly no game changer. Much hesitation still lingers and this was clearly reflected in the lack of follow-through interest. The gold market continues to look to external factors for direction, with yesterday's rally helped by a stronger euro and general risk-on sentiment following positive Eurozone headlines. – UBS Daily Newsletter

Free-Market Analysis: Since 2001, we've held that the Western world – the world, really – is in a precious metals bull market. Just like the bull market of the 1970s, this will end in a tremendous blow-off that will leave some speculators very wealthy.

Business cycles in the modern era tend to fluctuate between fiat and precious metals. The simplest explanation is that the economy grows so distorted from fiat money injections that eventually businesses start to collapse and stock markets begin to reflect the over-bought reality of the economy.

Gold has appreciated around sevenfold since then and silver about tenfold. It seems fairly clear if one accepts the reality of such business cycles that gold and silver will continue to rise relative to paper currencies until a "blow-off" point is reached. We are probably nowhere near that point yet. Here's some more from the article:

Gold's relatively quiet consolidation phase of the last couple weeks is also well reflected in the options market, with volumes continuing to ease and hover at the year's low, amidst light liquidity. A break of the current range is much-needed to breathe life into the options market, with the $1750 and $1690 levels being eyed as the likely trigger points …

Although gold sentiment remains positive, its on-going positive correlation with risk assets has made participants more cautious about transforming their gold views into trades. Gold's 20-day rolling correlation with the S&P500 Index has eased from the 0.79 high in early October, but levels are still quite elevated by historical standards.

Then there is also the uncertainty coming from Europe, with the next tranche of Greece's bailout programme yet to be confirmed and disbursed. Broadly speaking, Eurozone issues have slipped to the background of late, with the consensus that the situation will remain benign for the remainder of the year. But the potential for negative surprises, albeit considered relatively low at the moment, still adds to cautiousness in that gold's correlation with the euro has remained quite strong since October last year.

At this point, a lot hinges on whether gold can break out of this recent range. A break through key resistance levels would likely be the next important trigger to get buyers to pull the trigger. Then momentum, technical and options traders will be incentivised to jump back into the market.

This article is optimistic about gold's value relative to currencies, but it doesn't get at the larger issue, which is how and why fiat currencies operate the way they do.

Not only that, but it doesn't explain the length of the current business cycle. The 1970s golden bull lasted some ten years. This golden bull seemed destined to run for 15 years because the economy was even more distorted than before.

But central banks and other authorities have reacted so violently against the deflation of fiat distortions that this fiat-bear market seems destined to stretch far longer than that. In fact, we calculate that central banks have dumped in aggregate some US$50 trillion into the marketplace in the past few years.

This kind of unheard-of interference is stretching out the current cycle in ways that were previously unanticipated. There are all sorts of methods, in fact, to prevent the cleansing purchase of metals while attempting to sustain the value of paper money. In the second half of its daily update, UBS mentions one such move, as follows:

RBI Gold Development … The Reserve Bank of India has directed that "no advances should be granted by banks against gold bullion to dealers/traders in gold if, in their assessment, such advances are likely to be utilised for purposes of financing gold purchases at auctions and /or speculative holdings of stocks and bullion".

The RBI highlights the significant rise in gold imports in recent years as a "cause for concern". Specifically, this directive states that "no advances should be granted by banks for purchase of gold in any form, including primary gold, gold bullion, gold jewellery, gold coins, units of gold ETF and units of gold mutual funds".

… From our initial conversations with locals, the target of this new policy is the speculative element of the Indian gold market, with a particular focus on those trading on exchanges including ETFs. And so, the immediate outcome will likely be a drop in trading volumes on the local exchanges …

All in, this highlights that gold still remains quite the headache for the RBI as they try to battle with their sizeable current account issues …

Additionally, the Ministry of Finance is exploring the introduction of a gold accumulation plan (GAP). The target here is households who typically pool savings into physical gold. Instead through a GAP gold futures would be purchased which can be later sold or exchanged for coins/bars …

The idea that gold will be held in paper form will be a challenging concept for many. Nevertheless, there is still the potential for the plan to gain some traction among the more sophisticated investors who are more open to alternative and new types of gold investment. This segment represents a much smaller portion of India's gold market and in a nation that has a strong cultural link to the physical metal, this type of savings plan will likely encounter much resistance.

To say this plan will encounter resistance is probably an understatement. Indians in particular understand the value of gold and silver and tend to keep their valuable investments close to them by wearing them on their persons.

Indians, like Asian populations, have long experience with governments and devaluations. The current cycle probably looks no different to many with cultures that have experienced previous monetary disasters.

And it IS a disaster of sorts. Of course, we have our suspicions it remains a kind of directed history. The current fiat depression is MEANT to be, created by a power elite that wants a broad-based financial catastrophe. Out of such a situation may come suggestions for a global currency, and perhaps its implementation.

In the meantime, we would tend to believe that gold and silver have a long ways to travel. The end of this cycle is by no means in sight.