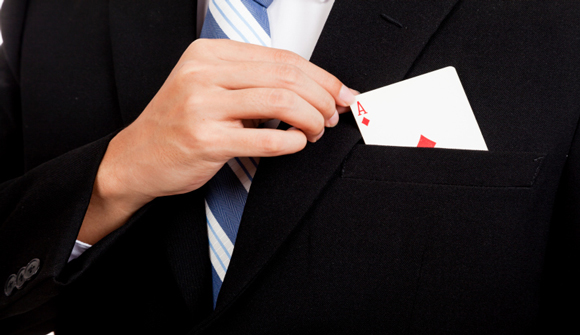 EDITORIAL, International Real Estate
Putin: It Is Time to Play Your Ace in the Hole
By Ron Holland - December 26, 2014

You've got to know when to hold 'em

Know when to fold 'em

Know when to walk away

And know when to run

You never count your money

When you're sittin' at the table

There'll be time enough for countin'

"The Gambler" by Kenny Rogers

The entire world is watching Putin play poker with the Western politicians lead by Obama and followed by Washington quislings in London, Brussels and Berlin. America's goal since the end of the Cold War has been to weaken by financial, economic and, if necessary, military means any real competition to its global financial and resource domination through the petrodollar and dollar world reserve currency status.

The current trade and economic sanctions against Russia and Iran follow this time-tested action that is never successful on its own, as we know from the 50-plus-year blockade of Cuba. But this strategy can lead to opposition nations retaliating by military means, often their only alternative to end blockades etc., which are an act of war and allow the US and other democracies to bring their ultimate superior military power to bare against the offending sovereign state. This worked for Lincoln against the Confederate States of America, by Woodrow Wilson against the Central Powers before World War One, against the Japanese Empire before World War Two, Iraq, Libya – the list is endless.

Recently the US has created the oil price collapse, working closely with its client state Saudi Arabia, in order to weaken the economic power of both Iran and Russia, the two main nations opposing US hegemony, foreign policy and petrodollar policy. Yes, this will play havoc with the US shale oil industry as well as London's North Sea oil industry but oil profits pale in comparison to the importance of maintaining Western power over Russia and China.

I hope Putin realizes the US is not playing games here, as this is a financial and strategic game to the death for Washington and it's Western allies that have foolishly followed the Goldman Sachs/central banking cartel's deadly sovereign debt recipe and for growth and prosperity. The time is up; the debts can never be repaid and sooner or later must be repudiated one way or the other.

China is waiting in the wings as the new world economic power and while it is too big to challenge, US strategy is to take out its top two allies, Iran and Russia, to buy time for Wall Street and Washington. The strategy might be a competitive economic course of action but the risk of military consequences and even a third world war loom on the horizon and no country has ever defeated Russia in a land attack. This is risky brinkmanship just to protect our banking and Wall Street elites and their profits at the expense of the American people, I might add, but the US has done this before.

Is This Just a Repeat of the Versailles Treaty, Russian-style?

This has all happened before. It's the same old game with different players. I fear we are watching a repeat of the Versailles Treaty, Russian-style. If you look closely at real history rather than the establishment-directed propaganda dished out to the public, you'll realize that the Western financial elites and central banking cartel seldom change tactics. Why should they? Their financial empires continue to grow during all major wars and financial crises and if they should guess wrong, then they get taxpayers to bail them out.

The Goldman Sachs, Rothschild and Soros types control the Western democracies as well as the financial markets and use paid or blackmailed cheerleaders and front men to advance their best interests to the populace as acceptable economic or political policies.

For example, Woodrow Wilson's Fourteen Points statement given on January 8, 1918, claiming the war and US intervention was a moral cause to advance peace in Europe after World War One, was one of the leading reasons the Germans sued for peace. In hindsight, we know that American intervention was really instituted to prevent an Allied loss or negotiated settlement that could make it impossible for French and British banks to pay back their massive loans to the US banking establishment and thereby bankrupting our leading banks of the day.

Once the war was over the platitudes about freedom, self-determination and making the world safe for democracy dissolved into the Treaty of Versailles, probably one of the most vengeful and unfair peace treaties ever forced on a defeated foe. The entire Austrian-Hungarian empire was totally destroyed except for the small area of present Austria and Germany, which was stripped of much of its territory and subjected to a vengeful, unpayable war debt comparable to America's current national debt today. Sadly, the treaty created the public anger and economic chaos that eventually brought Hitler to power and set the stage for the Second World War.

So Where Does Russia Go from Here?

First, the US cable pundits are suggesting that Putin might retaliate by invading Ukraine. Why would Russia want Ukraine? Except for substantial agricultural resources that can be purchased on the open market, this is a bankrupt country with a long list of failed governments. The country has become a pawn in the battle between East and West, and its people have already suffered so much. Now Russia might move in the East to protect Russian-speaking areas and could be willing to suffer the additional economic consequences of creating a land bridge to Crimea but the military option appears quite limited and counter-productive at best.

No nation will win a shooting war between the US, UK and EU versus Russia and China. The consequences are too horrible to be contemplated but Russia has an ace in the hole that can win the financial and economic battle going on today.

First, Russia should join with China in a new gold, oil and natural resource backed monetary union as an alternative to the failed debt democracy model pushed by Wall Street, the central bank cartel and self-serving politicians in the West. It simply does not work in the long term to finance prosperity and improved standards of living through mountains of debt placed on future generations.

Washington has destroyed every tax haven and bit of personal and financial privacy in the world because of its desperate need for revenue. Every financial haven has caved, including Switzerland, because they cannot hope to prevail against the US, UK and EU. The US intends to make Russia a pariah state and cut it off from trade, funds transfer, banking and Western credit markets. It will not relent until Putin is overthrown and Russia is compliant with and a supporter of the New World Order. Next in line following Russia will be China. Thus, a monetary union could provide the needed support for Russia necessary to guarantee the independence and self-determination of China.

Second, Russia should act offensively rather than defensively on the financial front by creating corporate tax-free/low income tax zones and welcoming corporations, successful individuals and entrepreneurs to take up residence and create jobs and prosperity. The Hong Kong model does work to create industry, service industry and free-market prosperity and to win, Russia needs far more than a resource-based economy.

Russia needs more population and a larger middle class and should offer residency and citizenship opportunities to productive and successful workers, entrepreneurial businesses and corporations etc. with the right of reasonable financial and corporate privacy along with the low tax benefits.

Canada, the wonderful country I live and work in today, offers permanent residency benefits and citizenship to hundreds of thousands of foreigners wanting to work and immigrate to Canada together with low corporate tax benefits.

Russia can and should do the same, although the market will require bargain prices as Russia does not have the long history of rule of law, security and peace like Canada does. Russia should look at good climate areas like Crimea and other areas around the Black Sea and maybe Kaliningrad in the north directly in the middle of the EU.

"They won't leave [the bear] alone. They will always seek to chain it. And once it's chained, they'll rip out its teeth and claws. The nuclear deterrence, speaking in present-day terms. As soon as this happens, nobody will need [the bear] anymore. They'll stuff it. And start to put their hands on its Taiga [Siberian forest belt] after it. We've heard statements from Western officials that Russia's owning Siberia was not fair." – Vladimir Putin

Vladimir Putin, now is the time to play your ace in the hole. Russia can win the financial and economic war being waged against it but not by playing the same old game of poker where cheating prevails. Show the world that Russia is worthy of 21st century leadership in a peaceful and competitive manner by using the debt, currency and banking weaknesses of the West to defeat an opponent out to chain Russia as it has the rest of the world into surrender and serfdom.

If you are as concerned as I am about where the world is headed, consider securing a second home internationally in the right location as a means to protect you and your family. Think of it as lifestyle insurance.

As some readers are already aware, High Alert is building an exciting new community in South America. I strongly suggest you watch this short video presentation. After viewing, simply complete the information request form and someone will be happy to speak with you and share specific details about the community – click here now.