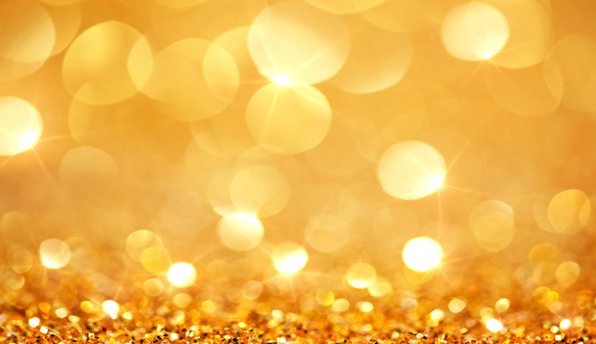 All that glitters: Century-old gold benchmark faces overhaul … Gold-fixing refers to a ritual dating back to 1919 in which banks speak by phone from a couple of minutes to more than an hour about buying and selling gold. … Banks are considering an overhaul of London's century-old gold benchmark used by miners, jewellers and central banks to buy, sell and value the precious metal, according to a person with knowledge of the process. – Montreal Gazette

Dominant Social Theme: This time-honored ritual must go on.

Free-Market Analysis: Sometimes we meme-watchers get lucky. We find an article that can only be described as an exquisitely calibrated elite promotion.

This is one such.

Everything about this article creates a pastiche of misleading information that would give one the impression that there is something appropriate about fixing the price of a commodity twice a day.

There is also a defensive slant to the article that seems to indicate the writers and editors are aware that at least some of their reporting is problematic.

Take, for instance, the use of the word "ritual." The gold fix is NOT a ritual. It is an arrogant abuse of power that involves the traders of gigantic insider banks agreeing between themselves on the price of the precious metal twice a day.

There is no need to "fix" the price of gold twice a day. It's absurd. But it's hardly a ritual.

And how is it that a mainstream publication like this one can post an article about this price fixing "ritual" without even bothering to ask WHY? As in why not let the "market" fix the prices? Works for many other actively traded goods and services. Why, in London, is gold exempt?

Isn't that a reasonable question to ask? And yet it wasn't.

The five banks who oversee the so-called London gold fixing — Barclays Plc, Deutsche Bank AG, Bank of Nova Scotia, HSBC Holdings Plc and Societe Generale SA — have formed a steering committee that's seeking external firms to advise how the process could be improved, according to the person, who asked not to be identified because the review isn't public.

The fixing refers to a rate-setting ritual dating back to 1919 in which representatives of the five member banks speak by telephone from a couple of minutes to more than an hour about buying and selling gold. The method has faced scrutiny in recent months, with regulators in London, Bonn and Washington — who are already looking into manipulation of interest rates and currencies — investigating how prices are set in the market.

While there's no evidence the gold fix is being manipulated, economists and academics have said the way the benchmark is set is outdated, vulnerable to abuse, and lacking in any direct regulatory oversight. Deutsche Bank, Germany's largest lender, said in a statement last week it plans to withdraw from the panels for setting gold and silver fixings.

On conference calls at 10:30 a.m. and 3 p.m. London time, firms declare how many bars of gold they want to buy or sell at the current spot price, based on orders from clients as well as their own account. The price is increased or reduced until the buy and sell amounts are within 50 bars, or about 620 kilograms, of each other, at which point the fixing is agreed on.

Traders relay shifts in supply and demand to clients during the calls and take fresh orders to buy or sell as the price changes, according to the website of London Gold Market Fixing Ltd., where results are published.

Bloomberg News reported in November concerns among traders and economists that the fixing banks and their clients had an unfair advantage because information gleaned from the calls provided an insight into the future direction of gold prices.

Banks can bet on spot and derivatives markets for the metal throughout the call. The five banks that co-own London Gold Market Fixing, which administers and sets the rate, are considering how to improve the process before European Union legislation on financial benchmarks' regulation and oversight expected to come into force in 2015, according to an adviser to the commission who asked not to be named.

One option for the European Commission, the EU's executive arm, would be to scrap the conference call and base the benchmark on an average of trades in the spot market over a short period, the person said. The legislation is currently before the European Parliament. Germany's financial markets regulator Bafin has interviewed Deutsche Bank employees as part of a probe into potential manipulation of gold and silver prices.

Okay, let's boil this down. Some of the world's biggest banks have formed a committee that is simply bereft of ideas of how to remedy the current problematic fix. They are reaching out!

Did the top people at these banks miss the seminars at university where they discuss price discovery and how it works? Apparently so.

Anyway, what gives these banks the right to ponder the price of gold in the first place? And worse still, to have their prices used as the basis for most gold pricing around the world.

Way back in 2002 our friend, Professor Antal Fekete, considered this same question in a lecture entitled, "Don't Fix the Price of Gold." Here's his answer:

(1) Open the Mint to free and unlimited coinage of gold. The one-ounce Gold Eagle coin should be adopted as a monetary unit minted for the account of anyone tendering the right amount and purity of gold, free of charge.

(2) To get the grass-root circulation of gold coins going, labor organizations (including those of pensioners and retired people) ought to be involved through their Credit Unions offering gold-coin deposit facilities. Banks must be excluded.

(3) Short-term credit to move goods from the producer to the consumer should be provided by the bill market, rather than by the banks, on the pattern of the pre-1914 way to finance world trade with gold.

(4) Long-term credit to the economy should be provided by the gold-bond market. The primary demand for gold bonds comes from financial institutions offering gold life insurance and gold annuity policies to the people. The primary supply is from the government and firms that want to operate on the basis of gold capital. Gold bonds must have a sinking fund protection. Issuers of gold bonds must see the revenues with which to retire the liability.

Certainly, this issue may continue to be in the news. At deadline we learned from Firstpost/Reuters that Singapore had dropped plans for a gold fix amid the London pricing probe.

Singapore has dropped plans to set a daily reference price for gold, four sources with direct knowledge of the matter said, as regulators in Europe investigate suspected manipulation of precious metals prices by banks.

The Singapore Bullion Market Association (SBMA), an industry body, has been in discussions for nearly a year on launching a price benchmark in Asian trading hours similar to the twice-daily London fix for spot gold prices, the sources said.

But the European probe has made banks reluctant to participate, they added. "The banks' compliance (teams) and managements are not very keen at this stage to discuss about fixing and benchmark pricing," said one source, who did not want to be identified because he was not authorized to speak to the media.

"Because of these investigations, everyone wants to play cool on this topic." Another source said the topic of gold fixing has become too sensitive for banks to be associated with for now.

This move comes on top of Deutsche Bank's decision to withdraw from the London fix, announced last week. And of course, early in the 2000s, Rothschild interests withdrew.

Perhaps they knew what was coming. Today, we call it the Internet Reformation.