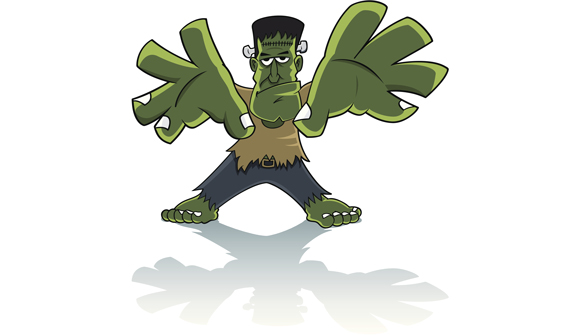 According to the [book], the company provides FBI and CIA with unfettered access to users' e-mails … Wikileaks founder Julian Assange in his book planned to be out on December 1 reveals that Google in fact works for the US State Department, as reported by the Spanish Publico.es web edition. – Tass

Dominant Social Theme: Google and Facebook represent the best of US capitalism and innovation.

Free-Market Analysis: This report from the Russian news agency Tass (via Spanish Publico) might be easily dismissed; but for several reasons it is likely not.

First, the report is not firsthand but apparently is part of a book being written by WikiLeaks's Julian Assange.

Second, we've reported on Google's "secret" intel facility numerous times over the past years, so it's no surprise to us.

Third, the ubiquitous spying of the NSA partakes of the same sort of model and thus makes this TASS report even more believable.

Mind you, we haven't tracked down the initial source, but the reporting regarding Google is sound, in our view. We've reported on the incestuous relationship between Google and the US government military-industrial complex numerous times.

According to the edition, Assange arrived at the conclusion that Google works for the US government after meeting Google president Eric Schmidt and board member Jared Cohen in 2011. The meeting was also attended by Lisa Shields and Scott Malcomson who turned out to be Washington's diplomatic envoys.

WikiLeaks founder in his book says he was visited by a group of people 3/4 of whom were representatives of the US State Department and the rest being from Google.

According to the edition, the company provides FBI and CIA with unfettered access to users' correspondence. Such access can be obtained without the prosecutor's approval or a court ruling, the edition quotes Assange.

But wait … Nothing is what it seems when it comes to this sort of revelation. Google's government relationships are not so linear as described. In fact, it is an entity funded and guided by the same globalists that have supervised so many other technological structures.

Of course, we believe that WikiLeaks itself is probably part of this same process. So why would Assange have decided to expose Google's intel activities? Probably because they are well known by now and because his exposé is in some sense misleading. Assange is apparently casting Google as a servant of an emergent Cold War between the West on one side and Islam and the BRICs on the other.

Even such faithfulness is not necessarily rewarded within globalist circles. EU officials, for instance, are determined to "break up" Google. Google evidently is damaged goods, its credibility as an independent entity leaking away. Assange's accusations and EU legislation aimed at Google are a form of misdirection, perhaps.

US citizens in particular should keep this in mind.