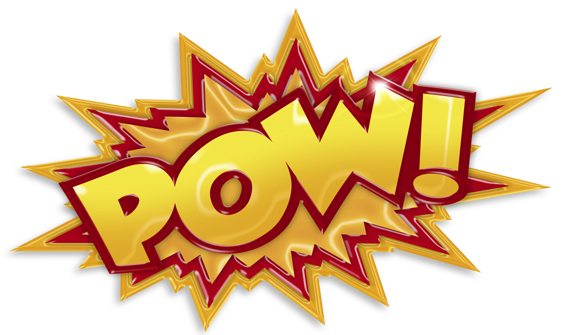 Rand Paul's Know-Nothing Fed Bashing … See if you can spot the errors in Senator Rand Paul's push to audit the Federal Reserve, which he laid out Friday in Des Moines: "Anybody here want to audit the Fed?" Paul asked from the stage. "Anybody feel that the Fed's out to get us?" … "They'd be bankrupt, they'd be insolvent," he said. "Liabilities are $4.5 trillion; their assets are $57 billion. Do the math. They are leveraged 80-1. They are leveraged three times greater than Lehman Brothers was when Lehman Brothers went bankrupt. Why do we give 'em a pass? Because they've got a printing press, and they can print up some more money." – Bloomberg

Dominant Social Theme: We need the Fed because it organizes the economy and makes it calmer.

Free-Market Analysis: This Bloomberg editorial begins with an elaborate apology regarding a mis-statement that Rand Paul referred to US$57 trillion in Fed assets in a recent speech when he actually said US$57 billion.

But the article doesn't back down any further regarding Rand Paul's supposed financial illiteracy regarding the Federal Reserve – which neither he nor his father Ron Paul believe is constitutional or necessary.

Nonetheless, I stand by my contention that Paul is mistaken in several important ways. Paul's main error was in his calculation of the Fed's leverage. Leverage is the ratio of debt to equity. Paul is treating the Fed's $57 billion of assets — whatever those are — as the central bank's equity. But it's not.

When the central bank buys assets, it pays for them (mostly) by giving the seller some reserves at the Fed — basically a checking account. Those reserves are what Paul is referring to when he talks about the Fed's "liabilities." But when the Fed buys assets, on the day it buys them, the value of those assets must equal the value of the reserves the bank swaps for the assets. So the Fed's "equity," calculated as total assets minus total liabilities, would then be zero … But that doesn't make sense.

The article goes on to highlight other points that Paul is supposedly wrong about. According to the article, he mis-defines leverage and also Fed liabilities. Paul's analysis of the Fed and his campaign to audit its books is "based on emotion," the article concludes.

The article moves on to try to analyze why so many are "deeply suspicious" of the Fed. It even cites Thomas Jefferson and his quote that "the central bank is an institution of the most deadly hostility existing against the Principles and form of our Constitution."

Andrew Jackson, by shutting down the US's then-second central bank, continued this tradition of "anti-Fedism" … a tradition the article magnanimously attempts to comprehend, stating that it is "natural" for people to be suspicious of such a technocratic process. It is the Fed's state-granted charter to inflate or deflate money on a daily and weekly basis that fuels suspicion as such decisions have an impact on the family pocketbook, often a ruinous one.

This is true, but it likely has more to do with post-Civil War financial consolidation and stock market expansion than with the natural state of a non-manipulated economy. The US economy was a lot less manipulated before the Civil War than after.

And even free-market economist Murray Rothbard admitted to us long ago that business cycles were probably inevitable. But his point would be that such cycles were milder than what we have to do, not more powerful.

Also, business cycles – especially before the Civil War in the US – tended to be regional in nature. If one area was in recession or experiencing inflation, you could travel somewhere else. But that's not the direction the world is trending toward today. As centralization of all kinds grows, there are fewer regions and nations unaffected by the larger monetary trend. The BIS itself coordinates central banking around the world.

The article makes the case for the Fed as an agency that is trying to slow business cycle variations. "In recent years, it has adopted a 2 percent inflation target, meaning that it tries to ensure that inflation happens at a slow, steady, predictable rate."

But logically speaking it is monopoly central banking itself that creates modern-day monetary swings. And setting a low inflation target probably only aggravates these swings because more money usually exacerbates economic instability.

In truth, central banking technocrats cannot know how much money an economy needs or the rates that an economy demands to function. Price-fixing is no alternative.

The article concludes by explaining that if the central bank "were more open to the public," and launched more persuasive PR campaigns, then people would understand them better and be less suspicious.

We think it's the other way round: The more people know about central banking, the less tolerant of the process they become. Which explains why central banks don't do much more to defend themselves than they do now.

Central bankers in the past decade have taken to defending their practices by offering the public a certain amount of "openness." But this openness has limits and still doesn't explain how these facilities claim to be able to manage trillion-dollar economies via price fixing.

Is it possible that defending central banking isn't practical because the process itself is ultimately indefensible?