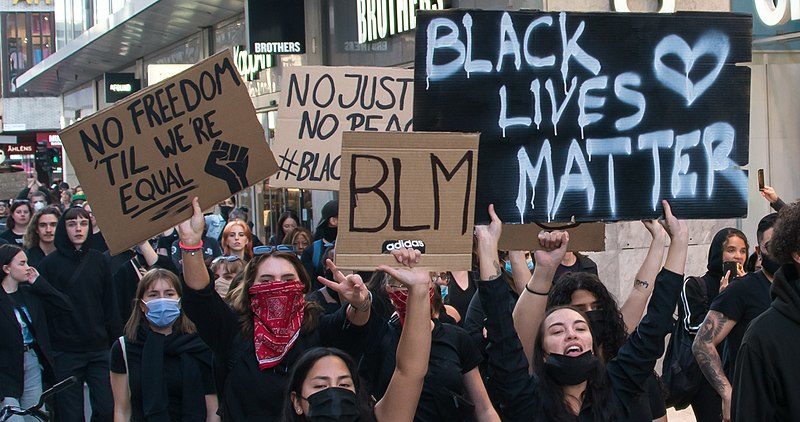 The word “Revolution” is among the most consequential gems in the english language.

History has associated the word with images of musket-wielding, ash-faced frenchmen or battle-hardened colonists soon-to-be Americans fighting for higher-order ideals of freedom. But similar to most illustrious historical concepts, contemporary politics rarely does them justice.

The New York Times, for instance, noted that overall American support for Black Lives Matter increased “nearly as much as it had in the two preceding years.”

Of course, novelty often brings excitement. Think of the crowds that flood the streets of major cities around the world whenever a new iPhone is released– Black Lives Matter is no exception to this rule.

The article incorrectly associates Black Lives Matter with the struggle against Jim Crow laws that resulted in the Civil Rights Movement.

Oh, yes: some actors in left-wing media are likening the goals of Black Lives Matter, the organization, with the Civil Rights Movement. And if one attacks anything resembling the struggle for Civil Rights, they can quite easily be written-off as a bad person, a racist, and so on. All while attaching Black Lives Matter to “American radicalism.”

Oh, how far we are from the promised land.

The premise of this argument quite boldly fails to understand the point of the American Revolution. The American Revolution—which had a clear, overarching principle—was both new and unique as the world hadn’t seen anything like it before. Thus, they set their own example for others to follow.

Unlike the American Revolution, Black Lives Matter, the organization, lacks a clear goal beyond their disjointed policy proposals.

Also unlike the American Revolution, Black Lives Matter rehashes old Marxist revolutionary tactics, such as the pumped fist symbolism, the goal to pour government funds into “community based” alternatives to policing, and the organization’s now redacted desire to overturn “US imperialism and capitalism.”

The list is endless. These goals would find a home among the manifestos of communist revolutionaries like Mao Zedong or Che Guevera. But in the American tradition? Not a chance.

But more alarming than their Marxist tendencies is the organization’s insistence that their plans will create paradise for black Americans through force.

How, you might ask? By abolishing prisons, transforming all schools into multicultural institutes, and providing all black Americans reparations regardless of their proximity to historical injustices—all through the government, of course.

But as history shows us, governments do not create harmony or paradise—only actual cooperation can help us achieve that vision.  But cooperation always fails when force enters the equation, which makes Black Lives Matter’s stated goals untenable for a free society.

And in this instance, the American Revolution, too, distinguishes itself from Black Lives Matter: The colonists goals addressed a legitimate danger to individual freedom. And that gave the colonists an obvious direction take their revolution.

For example, the American Revolution had a clear goal: To redress the actions of the British crown. In pursuance of this goal, seismic speeches and pamphlets like Patrick Henry’s Give Me Liberty or Give Me Death or Thomas Paine’s Common Sense saturated the colonies and provided an intellectual framework for the impending American government.

Indeed, letters and correspondence between the founders and the legislative bodies of the colonies provided many of the ideas that constitute the Constitution. All of this, of course, at a time when questioning the crown was strictly forbidden.

But Black Lives Matter exists in the 21st century, in a time where African Americans are represented in media, politics, law, and other fields in large numbers. They don’t face a king trying to muffle them,  nor the inconveniences of organizing with just paper, pamphlets, and speeches—they have the internet and social media.

And yet, with all of their advantages, they lack an overarching principle which justifies their revolution. That’s a shame.

One thing is for certain: the goals of the organization Black Lives Matter, summed up, are simply anti-freedom. In contrast, the American Revolution had an overarching goal: to preserve freedom for everyone.

Even if that goal didn’t happen immediately, they gave their descendants the necessary tools to work with. Which one do you think reflects “American radicalism” better?

The rallying cry “Black Lives Matter,” which is different from the organization, has brought to light many issues pertinent to the preservation of individual liberty, such as the desperate need for policing and sentencing reform.

But the phrase’s power is lost amid the noise of a raucous Marxist militia which is concerned about fulfilling its agenda to the detriment of black lives.

If  black lives truly do matter, let’s focus on respecting individual rights, embracing freedom, and kicking Marxism to the curb.

In this era of wokeness, that would truly be revolutionary.

Christian Watson is a political writer based in Georgia and host of the Pensive Politics podcast. He can be found on Twitter at @OfficialCWatson.