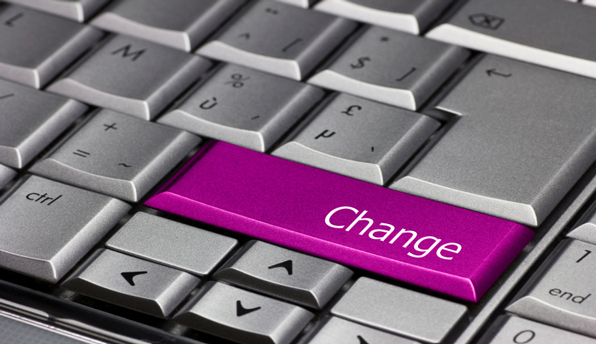 Can Yellen Float Above Politics? … There's a growing consensus that central banks need to develop a new tool – so-called macroprudential policy. This involves politics too. The basic idea is that financial regulation is connected to monetary policy … Financial rules affect the economy in the aggregate. With that in mind, they could and should be tweaked during the course of the business cycle, not set once and for all to keep individual institutions safe. – Bloomberg

You read that right. Regulations should be written so that they can "evolve" along with the business cycle.

In a burst of candor, this Bloomberg editorial makes the case that static financial regulations tend to be overwhelmed by asset bubbles. This would not normally happen, but this editorial is too busy positing various inconvenient facts in order to buttress a larger pro-regulatory position to notice that it is confirming the arguments of numerous central bank critics.

Certainly, we've made the same case, pointing out that one of the reasons that regulation fails is because asset bubbles tend to overwhelm common sense.

As torrents of freshly printed currency pour into the economy and circulate with escalating velocity, people become increasingly dismissive of previous regulatory regimes. Like former President Bill Clinton, they will become convinced that the business cycle has been abolished. And of course, that's just about the time the cycle reasserts itself with a vengeance.

Regulations indeed evolve naturally due to human nature. But now, it seems, the idea of ever-evolving, ad hoc regulations is about to become enshrined as policy.

Knowing how these things go, the concept once vetted in the mainstream media will prove most attractive to the bureaucracy. The idea of expanding regulatory fiefdoms hyperactively is bound to prove irresistible sooner or later.

Here's more from the Bloomberg editorial:

… The Fed is more of an anomaly in the U.S. system of government than is generally acknowledged. It has tacit permission to float above politics — in this country, an almost unique privilege. It isn't as though its decisions stand outside the normal terrain of political debate. How quickly to bring down unemployment, and how much risk of other harms (inflation, financial instability) to tolerate, are contentious matters, or so you'd think. Yet for the most part, the Fed makes these calls as it chooses.

The history of this dispensation is complicated. One of the ideas supporting it was that monetary policy isn't as political as it seems. Economists believed that the trade-off I just mentioned — between unemployment and inflation — wasn't that important. In the long term, the Fed doesn't have to choose between goals for inflation and employment, because monetary policy doesn't have much effect on the supply side of the economy. In this view, the Fed doesn't face much of a dilemma. Balancing its main tasks isn't so politically charged after all.

… The reason is that the trade-off between unemployment and inflation no longer looks so temporary. The recent recession was so severe that it may have caused long-lasting damage to the country's economic potential.

… [How would a new regulatory regime work?] For instance, if (as in the U.K.) you have a credit-driven house-price boom but inflation is low, what should the central bank do? Raising interest rates might push inflation further below target. Instead, have an adjustable rule for loan-to-value ratios in mortgage lending, say, and use that to dampen housing demand.

If credit expansion more broadly is the problem, lean against this by adjusting the capital requirement for banks: Set it for safety on average, but push it higher in booms and lower in downturns … None of this will need to be explained to Federal Reserve Chair Janet Yellen and her colleagues ….

The above example seems to posit regulations that are written more broadly, but as such regulations evolve, they doubtless would end up giving regulators almost unlimited authority to meddle with central banking policymaking.

As we have long predicted, the central banking meme is in trouble. The Internet has exposed the idiocy of having a close circle of "good gray men" fixing the price and value of money. Even people unfamiliar with Austrian theory are aware that central banking is not producing the benefits its defendants have claimed for it.

This article makes the point that the most recent price fixing, which collapsed the world's economy five years ago, has likely damaged industrial prospects in ways that may not be repairable.

This is another reason, according to the editorial, why central bank policy making must be reined in by flexible bureaucratic policy.

Call it the revenge of the regulators. Aware that the indefensible central banking meme is collapsing around the world, regulatory democracy is now to be presented as the next line of defense.

Of course, regulations are price fixes, too, and won't work any better at preventing or ameliorating asset bubbles than monetary policy itself.

This "trial balloon," if that is what it is, shows a certain level of desperation, in our view. So far, it has been central banking that has been discredited by the endless economic downturn around the world. But now the same elite forces show a willingness to commit the regulatory meme to the fray.

This is a bit like sending over a second wave of soldiers into no-man's land during World War I. The Internet's still-accurate fire will mow down those participating in this latest gambit – and it will not even be done maliciously but simply as an outgrowth of yet another failed systemic "fix."

There is no cure for regulatory democracy. There is no cure for central banking. The same price-fixing mindset pervades both applications. Eventually, as this knowledge percolates through society, as it is in the process of doing, underpinning belief structures will begin to erode or even crumble entirely.

At that point, as chaos erupts, we can join the argument in earnest over whether it is unintended or purposeful.