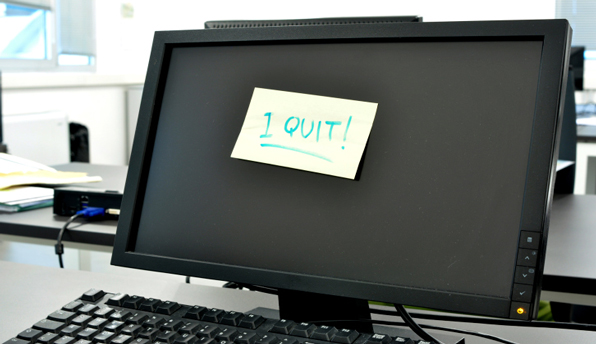 Editor Leaves Bloomberg, Citing China Coverage … Ben Richardson, an editor at large in Asia at Bloomberg News, announced his resignation on Monday, citing the company's handling of an investigative report in China late last year. He is the third reporter or editor to leave the organization since several news organizations reported last November that Bloomberg had declined to publish an investigative article that explored financial ties between one of the wealthiest men in China and the families of top Chinese leaders. – NY Times

Dominant Social Theme: Reporters leave all the time. This is no big deal …

Free-Market Analysis: This is a very interesting squib of a story because it hints at the reality of the world while withholding the details.

Notice the "news" in the Times excerpt above. "Bloomberg declined to publish an investigative article that explored financial ties between one of the wealthiest men in China and the families of top Chinese leaders."

One can only imagine the furor that would arise if one of the West's leading media instruments decided to publish a story detailing the relationship of British royalty to British business. Or if some US facility commissioned an investigative report on David Rockefeller's influence in Washington DC.

We admire Ben Richardson for his principled stance when it comes to reporting on China, but we wonder if he perceives the innate irony. He is protesting a situation that occurred in China; he is upset that Bloomberg is not acting in a journalistically responsible manner.

But does he realize how abysmally deficient Bloomberg and other mainstream media are when it comes to WESTERN reporting? Let's examine more of the article and then compare Bloomberg's China stance to its Western approach.

"I left Bloomberg because of the way the story was mishandled, and because of how the company made misleading statements in the global press" afterward, he said in an email to the media news site Romenesko.

He also wrote that Bloomberg employees faced legal action if they spoke out publicly. The company confirmed that Mr. Richardson, who joined Bloomberg in 2008, according to his LinkedIn profile, departed on March 3, but declined to comment further.

Mr. Richardson was not immediately reachable on Monday. In articles last fall, several news organizations, including The New York Times and The Financial Times, quoted unidentified Bloomberg employees as saying that top editors decided not to publish the article about Chinese wealth because of fears the company would be expelled from China.

Matthew Winkler, the editor in chief, has denied that the article was killed. Last week Peter T. Grauer, the chairman of Bloomberg L.P., said in Hong Kong that the company should have reconsidered articles outside of business news, because they jeopardized the huge sales potential for Bloomberg's financial data terminals in the Chinese market.

This last graf gives the game away. Ultimately, Bloomberg is in the business of selling platforms that include "software." Business reporting is part of that software but by no means the most important part. If Bloomberg doesn't sell its terminals, then Bloomberg will gradually disintegrate as a company. The money is in the hardware, in this case, and the "real estate" that Bloomberg occupies.

One only has to read Bloomberg's English-language reporting to realize how trivial it is in terms of a larger frame of reference. There is little or no in-depth reporting on the sociopolitical system or economic structure of the current Western paradigm.

Indeed, the "news" is reported on, but the facts have little bearing on the underlying reality. Inevitably business is about relationships but those relationships – especially between elites – are rarely if ever discussed.

Western reporting tends to deal with accepted realities and yet those realities are far more complicated than one would think, given the nature of the information that is revealed.

Obviously, Mr. Richardson had stumbled onto a series of significant relationships in China that would shed light on real power. In China, as in the West, those with money often stand in the shadows, influencing society without revealing their identities. Human nature is much the same the world over.

Bloomberg and other mainstream media will never reveal the truly powerful, nor how they use the levers of government to enrich themselves and maintain their statuses. Such activities are called mercantilism, in aggregate, and they are increasingly evident the world over.

We know they are taking place in China; it would be nice if we understood more about Western mercantilism as well. Maybe Mr. Richardson can report on that next. If he does, wish him luck.