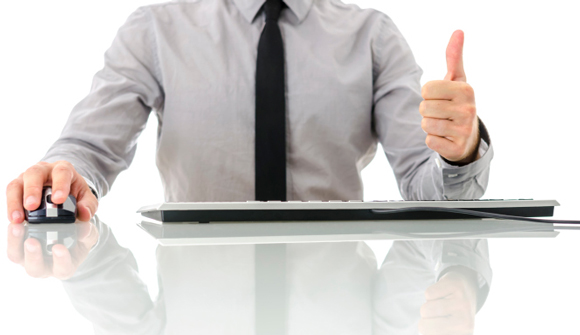 A Bullish Case For Janet Yellen, Our Confused New Fed Chairman … As is well known now, Janet Yellen was confirmed last Monday as Fed Chairman. On its face, this should concern those who desire economic growth … But Janet Yellen is a walking, talking economic fallacy in the mold of her soon-to-be predecessor in Ben Bernanke, and left to her own devices she could doubtless do a lot of damage to the economy. But the good news is she can't. With politicians and central bankers increasingly wise to the lie that is quantitative easing, Yellen will be very much constrained. And that's very bullish. – Forbes

Dominant Social Theme: Yellen is a good one to have now. Continuity will remain.

Free-Market Analysis: Malcolm Forbes used to call for a return to the gold standard, but he never wrote anything like this article – which was recently posted at Forbes and gives us a good idea of how times have changed.

We often write about the Internet Reformation, but this article shows it in action. Forbes is still a major media company with an electronic presence that attracts tens of millions – but this sort of article would not have shown up in the 20th century incarnation of Forbes.

It is at once provocative and economically literate, speaking truth to power in a way that 'Net alternative media does much more energetically than the mainstream media (when it does it at all).

In any event, don't take our word for it:

Figure the Fed itself is superfluous. We don't need a federally chartered lender of last resort. In fact, the banking system would be quite a bit healthier if there weren't one owing to the logical truth that private businesses of all stripes would only lend to solvent banks experiencing short-term cash crunches. …

Considering monetary policy, money's sole purpose is to facilitate the exchange of goods. In that case, the only good money is money that is unchanging in value. With the Fed staffed by individuals trained in the fraudulent discipline that is economics, it's broadly true that very few inside our central bank's walls believe in stable money values.

… Unemployment? The Fed is charged with pulling the economic levers to keep it low, but since central planning was widely discredited in bloody fashion during the 20th century, the very mention that the Fed should have a role in how many Americans are working is comical at best, economically tragic at worst.

Quality bank regulation? Think 2008. Interest rates? See above. The dollar is easily the most important price in the world, but not far behind the dollar's price in import is the price of credit. It should horrify us then, that our central bank presumes to tinker with interest rates.

… Worse, Yellen brings to the Fed fallacious economic views that wouldn't convince the most common of common economic thinkers. Quoted in Time magazine recently about what powers an economy, Yellen observed that "economic stimulus comes through higher house and stock prices, which causes people with homes and stocks to spend more, which causes jobs to be created throughout the economy and income to go up throughout the economy."

… It's a tautology that all consumption always and everywhere results from production first. If this is doubted, readers should attempt a life of consumption without work. Unless someone's willing to lend them the fruits of their own production, these 'consumers' will starve.

Look at that! Say's Law being quoted in a popular magazine/website. In the 20th century, even the top editors of the major business publications wouldn't have known Say's Law – that supply and demand are both stimulants – if it rose up and punched them in the collective mouth.

This is one reason that money is not circulating in the larger Western economy. Nobody wants to put it to use, or at least not enough people. The demand must exist along with the supply. This doesn't seem to enter into the monetary conversation, however, or not the mainstream one. It's really incredible how self-limiting and illiterate the conversation actually is.

None of the Keynesian theories that are taught in the horrible halls of academe have proven their worth in the past five or so years. In fact, the Internet itself has been a big problem for Keynesian types as for the first time ever, interested observers can actually see in a real-time way whether these big-headed theories work. They don't.

Over time, the logic has percolated up. Keynes was a Fabian socialist, a cunning, numerative trickster who obviously wrote his theories to justify central planning. There are other views of Keynes, but we just look at the results and how he positioned his perspective.

Keynes could have explained how depressions begin, but he chose not to because that would have been inconvenient for this theory. Instead, his General Theory begins AFTER a depression begins. And the solution, according to Keynes, is government stimulus.

Via fiscal and monetary stimuli, the public sector is supposed to play its valuable part. What nonsense. We can see quite clearly in the 21st century that governments have NOT been able to stimulate the economy via public efforts.

Keynes could have begun his analysis BEFORE a recessionary event, but then he would have been forced to admit – as free-market economists have analyzed – that it is monopoly central banking itself that causes first booms and then busts.

Alternatively, Keynes could have lobbied for the crackpottery of Major Douglas, who back in the 1930s wanted to distribute a "social dividend" to workers on an annual basis. Keynes did not suggest this, either. For Keynes, all funding to combat economic downturns was to travel into the economy via government control.

None of this can be a coincidence. It is elaborately worked out. Keynes avoided defining how an economic downturn occurred and then he avoided presenting a workable solution for economic stimulation, which would have been to print money and provide it directly to individuals.

Of course, in the long run, such a move would have been extraordinarily disruptive in terms of price inflation. But at least it would have done more than providing money-from-nothing via commercial banks.

The commercial bank approach is the worst possible, but it is the one Keynes chose because it is controllable. That is, the money that is distributed via commercial bank entities and other industrial facilities can be calibrated directly. Some of it can trickle into the stock market, and some of it can be held back. Banks are benefitted but not much else.

Can this all be a coincidence? No, we don't believe so. The Keynesian model was built to capitalize on difficult economic circumstances by creating a theoretical framework that further centralized power and money.

It was a justification for authoritarianism, even though in today's world myriad supine economists and useless journalists continue to write about this extraordinary example of malicious public relations as if it were high theoretical art.

Keynes did manage to develop, eventually, a theory in which logical economic principles were stood on their head. And this confusion persists today. The Forbes article makes a point here, too:

Yellen is also known to subscribe to the view that inflation is an economic stimulant. Interesting there is that the investors whose funds power all economic activity are buying future dollar income streams when they invest. How a devalued dollar would prove a lure to investors is one of those mysteries that the hapless economics profession has never explained.

Quantitative easing (QE)? Wouldn't life be easy if flooding banks with dollars could stimulate the creation of the next Google GOOG -0.02%, but for creating dollars with no regard for the value of same, QE simply corrupts money, and for doing so robs the economy of vitality for money losing its most useful feature as a stable measuring stick that facilitates the very trade that causes us to produce to begin with.

Excellent. In this article, up is up and down is down. Black is black; white is white. The article ends by making the point that Yellen is in a difficult situation and this is actually the "bullish case." This is the only part of the article where we have a real disagreement.

Yes, Yellen has a difficult job to do – to continue the failing stimulation of Western economies. But as we have written previously, she is a kind of sacrificial lamb, chosen because she is a "true believer." Long-term, Yellen will likely preside over at least the partial destruction of the system she has been named to lead.

But in the shorter term, the inflationary trend will continue and bubbles will grow larger. This is evidently the reason that Yellen has been elevated and this madness will not likely stop until there is a terrific equity blow-off.