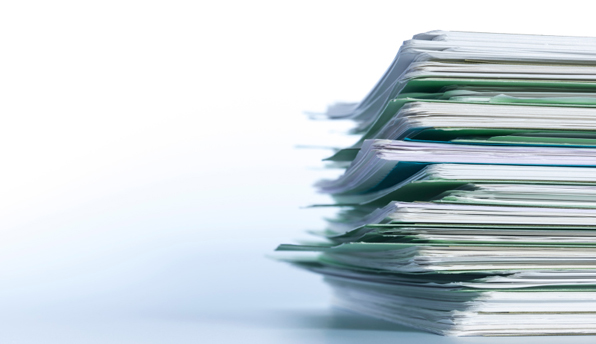 Schumpeter: A green light … Companies are starting to open up about their environmental risks. They need to do more … On March 20th, Exxon Mobil, surely the world's least tree-hugging company, became the first oil giant to say it would publish details of its "stranded assets"—the value of oil and gas fields that it might not be able to exploit if there were a high carbon price or tough rules on greenhouse-gas emissions. Giant Exxon is not doing this because it has gone mushy or caved in to green activists. Rather, it is heading off a shareholder resolution by Arjuna Capital, a fund manager, demanding explanations and actions on environmental threats to the firm. – The Economist

Dominant Social Theme: The environment is an important corporate issue and should be taken into account.

Free-Market News: Public companies are required to list a number of risk factors and now we can add environmental ones.

If a company does not offer an analysis of the ways that "climate change" might affect it, then eventually regulators will likely force the issue. The Economist article is implying this anyway.

Large British companies are already required to disclose their "carbon dioxide" emissions according to the article excerpted above.

So when do you believe they will be required to disclose oxygen statistics as well? Just kidding. Oxygen is a good guy gas, so far anyway.

Carbon dioxide is a bad guy gas because it is supposed to be responsible for the tiny amount of hypothetical global warming, er … climate change that is tipping the Earth into disaster.

All of this is controversial stuff, and the average individual is either skeptical of the current fear-mongering or is simply not paying attention. But companies – regulated by stock exchanges, government bureaucrats, etc. – HAVE to pay attention.

And so they are beginning to. Here's more:

Exxon's decision is the biggest step so far in a wider business trend: companies publishing information on their environmental impact and vulnerability to green regulation, to attract or placate investors. Until the late 2000s, most firms saw the environment as either irrelevant or a bit of a nuisance. Either way, they did not publish much about it.

That has changed drastically. According to CDP, a group that collects environmental data on behalf of investors, more than half the companies listed on the world's 31 largest stock exchanges publish some environmental data, either in earnings reports, as part of stockmarket listings or voluntarily to CDP itself.

In some markets, including the London Stock Exchange and Deutsche Börse, over 80% of large firms publish this sort of data, ranging from their greenhouse-gas emissions to the return on investment of projects which aim to reduce pollution.

Companies that are big sellers of wind turbines and other green-energy products, such as Siemens, need little prompting to report on how green they themselves are. Others have to be told to. America's Securities and Exchange Commission (SEC) says all firms that file standardised annual reports must include details of climate change risks that are "material" to earnings.

The British government requires large quoted companies based in Britain to disclose their carbon-dioxide emissions to shareholders. And the European Union plans to make firms with more than 500 employees publish environmental and social data in their management accounts—though this proposal, like many emanating from Brussels, may sit gathering dust for years.

But by far the biggest influence on firms comes from investors. They are gathering together and demanding better data. CDP works for investors with $92 trillion in assets—hardly a modest sum. It sends out questionnaires to 5,000 firms asking things such as, "Does your company have emissions-reduction targets?" and "If you do not have any emissions-reduction initiatives, please explain why not."

A network of investors called Principles for Responsible Investment has over 1,000 members with $34 trillion of assets under management. Investors' main concern is that climate change—or policies to avert it—will damage the firms they invest in, whether they be energy companies with stranded assets, food companies exposed to droughts in Africa or chemicals producers suffering regulatory risk in Europe.

As Natasha Lamb, head of equity research at Arjuna, puts it, "Shareholder value is at stake. As investors, we are not throwing good money after bad." But to make proper decisions, investors need standardised, comprehensive information that is consistent over time. So far they are not getting it.

From our standpoint, Ms. Lamb is wrong. Global warming is extremely controversial and climate change is a kind of nonsense term.

But let us refer to this dominant social theme as "climate change." The globalists behind its dissemination need to establish it as fact whether or not it is. A global government needs a global crisis, after all – and the war on terror likely cannot deliver the goods on its own.

In fact, the war on terror is likely just as phony as climate change. One provides a justification for international security measures. The other provides the justification for a broad menu of regulatory, economic and fiscal policies.

Together, these two issues will support a virulent form of corporate internationalism. It is, of course, a kind of directed history. The world's socio-economic direction is being stage-managed. The goal is an ever-closer global union.

One can come up with an endless laundry list of issues that companies should "disclose" – yet only "environmental risks" seem to be getting any attention.

And really, this pubic disclosure stuff is highly questionable to begin with. Either markets work or they don't. By banning "insider trading" – and thus making it difficult for a company's real status to be determined quickly and efficiently – regulators have substituted oversight and transparency for the Invisible Hand of competition.

The latter works; the former does not.

The real reason to insist that companies recognize carbon-dioxide emissions and explain environmental risk factors surely has to do with the credibility garnered by such statistics.

When the corporate world is providing such information, the average person is likely to believe that there must be something to it, even if there is not.

There is not, but nonetheless, corporations will gradually fall into compliance. They are all part of the same system, after all.

The violent booms and busts of monopoly central banking have made reporting agencies into laughing stocks and rendered transparency equally illogical.

In fact, the only credible revelation that one could possibly justify at this point is a declarative statement pointing out that once every decade or so, there will be a terrible central banking calamity that will depress share prices and shake the foundations of the entire financial system.

Somehow we doubt we'll be seeing that sort of statement any time soon. The rest is so much bunkum.