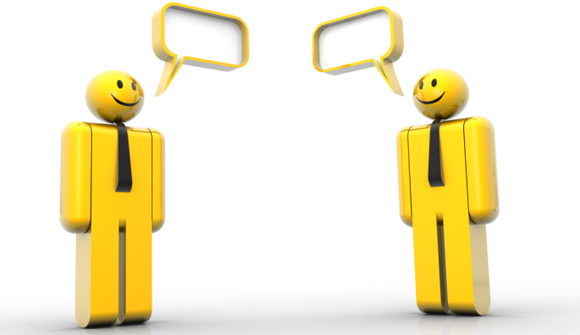 If there’s a golden rule for central bankers in the 21st century, this is it: Seek clarity and avoid uncertainty. A central bank’s target should be clear. The data it uses should be known. The analysis it conducts on that data should be comprehensible. And, certainly, politics should have nothing to do with its decisions. Yet across the world, central bankers are struggling to live up to these requirements. Instead they’re undercutting their own positions by introducing quite unnecessary confusion into policymaking. – Bloomberg

We are told in this Bloomberg editorial that central bankers must be clear about their goals and objectives so markets will not be “confused.”

It sounds like this is a reasonable objective. But actually, for decades central bankers were not supposed to communicate at all. This was the approach pioneered by Montagu Norman of the Bank of England: “Never explain, never excuse.”

Here from Eustace Mullins’ “Secrets of the Federal Reserve”:

The New York Times … Oct. 17, 1928, describes the conference between the directors of the three great central banks in Europe in July, 1927, “Mr. Norman, Bank of England, Strong of the New York Federal Reserve Bank, and Dr. Hjalmar Schacht of the Reichsbank, their meeting referred to at the time as a meeting of ‘the world’s most exclusive club’. No public reports were ever made of the foreign conferences, which were wholly informal, but which covered many important questions of gold movements, the stability of world trade, and world economy.”

The meetings at which the future of the world’s economy are decided are always reported as being “wholly informal”, off the record, no reports made to the public, and on the rare occasions when outraged Congressmen summon these mystery figures to testify about their activities they merely trace the outline of steps taken, and develop no information about what was really said or decided.

“What is the relationship between the Federal Reserve Bank of New York and the money committee of the Stock Exchange?”

“There is no relationship,” Governor Harrison replied.

Of course Harrison was lying. In fact, the secrecy was meant to keep central banking out of the news as it was controversial then as now. Additionally, the central bankers of the day were concerned that some of their pronouncements would turn out to be wrong of ill-conceived, and this would diminish their credibility.

As can be seen from this Bloomberg editorial, the ideas regarding Fed communication have come full circle. Now the idea is to communicate clearly and rigorously – regarding ways central banks can create and maintain a “normal” monetary environment with “normal” (higher) interest rates.

There are two issues with this emphasis on communication. First, the initial instinct of Montagu and others may have been more correct than not … from their perspective, anyway. With more communication in the modern era comes more controversy. Justifying central bank decisions is impossible because it is a form of price-fixing and because every pronouncement only reminds people that their monetary universe is run by a handful of unelected (mostly academic) bureaucrats.

Second, providing a full spectrum of available information only reinforces central banks’ role as the primary mover of the larger monetary system. The more amplified central bank pronouncements become, the less many investors and others will pay attention to additional non-central bank factors.

These are the issues involved in “more communication”: First, it actually creates controversy because central bank dictates are invariably incorrect over time. Second, it encourages group-think and concerted market movements because central banks are so powerful, especially in the modern era.

In fact, the reinforcement of this illegitimate banking monopoly and the raising of its profile are part of a deeper itinerary that intends to accomplish exactly the opposite of what is stated.

The intention, in fact, is NOT to stabilize markets. If one wanted to create a titanic, worldwide catastrophe, one would create just the kind of system we’ve got. It would consist of a series of monopoly controllers that would shove monetary policy in specific directions. In this way, one could haul markets higher and  higher, so high in fact that a crash of monumental proportions was virtually guaranteed.

The editorial argues that if central bankers were to more fully justify their decisions, they would be impelled to raise interest rates to create more “normal economies.” But this argument assumes central banking is supposed to be a stabilizing force. But that was never the intention of its founders.

Central banks were supposed to give the impression that they were given monopoly banking powers to do economic good. But the Federal Reserve for instance has debased the dollar during its existence until the currency is worth only two cents of what it once was.

Conclusion: It’s not a question of less or more. The fundamental question is whether central banks should exist at all. They should not. They are price-fixing entities and their results always end in disasters, “soft” or “hard.” When THIS crash eventually comes, it will be so horrible that people will soon be convinced of the need  to start over. Of course the new starting point will be an increasingly global one, a more cohesive “world order” – as suggested by those individuals bringing us the current catastrophe. But that’s the real agenda.