“Do not conform to the pattern of this world, but be transformed by the renewing of your mind. Then you will be able to test and approve what [Anthony Fauci’s] will is—his good, pleasing and perfect will.”

“Then I saw a great white throne and [Bill Gates] who was seated on it. The earth and the heavens fled from his presence, and there was no place for them.”

I’ve previously delineated the Neoliberal Church©/Cult© (it’s a fine line) as more of a religious organization than a political one. As such, the war it wages on the heathens (the unvaxxed/unmasked/unconverted) is multi-pronged: physical, social, psychological, and spiritual.

“I know you’re vaccinated, you’re the smart ones. But you know there are people out there who aren’t listening to God, [to] what God wants…I need you to be my apostles, I need you to go out and talk about it.” 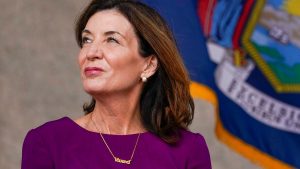 In a similar vein, New York Tracey Edwards, NAACP Regional Director in March of this year:

“We must take the vaccine. The vaccine is the weapon that wins the war on COVID, and we need our clergy because as Martin Luther King said, ‘religion and science are not competing interests, they are our trusted messengers.’ And when your pastor says to do something, you trust your pastor, you trust your doctor.” 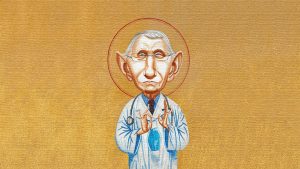 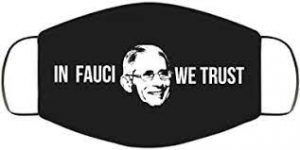 Above: An actual mask Neoliberal Church© faithful can buy on Amazon

Conquering Warlord Fauci May or May Not Cancel Heathens’ Christmas Festivities, ‘Too Soon to Tell’

In a bizarre interview, Warlord Fauci declared to His dutiful Face the Nation stenographer/new actor (“interviewer’) servant that it’s “too soon to tell” if He will cancel Christmas or not. 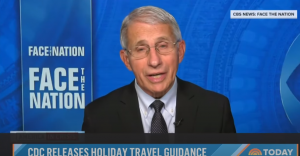 Warlord Fauci, via the state media that serves Him, later claimed His remarks about cancelling Christmas were “misinterpreted,” and He hadn’t actually said what He is recorded on camera saying:

“After several Republican congresspeople and pundits condemned those remarks, as Rolling Stone reported—one Fox News host claimed Dr. Fauci was ‘about to cancel Christmas’ —Dr. Fauci said that this interpretation was ‘nonsense’…

‘I said something over the weekend that was taken completely out of context,’ Dr. Fauci told Kate Bolduan on Monday.”

This is more reality inversion in defiance of logic and common sense that we discussed last week: the sky is red at high noon, Ted Bundy was a feminist, men with penises become women when they decide so, wheat bread is spicy, etc. 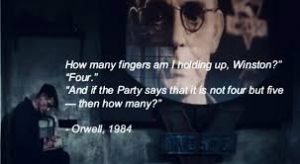 Last year, Warlord Fauci reassured the public that Santa Claus could still deliver Christmas presents because he had “natural immunity” – not good enough for the unvaxxed California peasantry, according to the state, to get their nails did or stop by the gym, but apparently good enough for Santa because Warlord Fauci has blessed him with His Grace’s permission.

In honor of the late heretic Robert David Steele, support our blasphemous #UNRIG petition to prosecute Anthony Fauci for perjury before Congress (note to critics: yes, I understand he deserves much more vigorous justice, such as a Nuremburg II trial for crimes against humanity, and also that this is a fruitless endeavor as long as the Big Pharma-funded, but this is just the rhetorical bare minimum to get our blasphemy out into the zeitgeist).

Because its logic is inherently contradictory and arbitrary, the viability of the modern Neoliberal Church© hinges on suppression of rival narratives — much in the same way the mainline religious groups persecuted dissidents in their own time, such as the Roman Catholic persecution of Galileo for his claims that the Earth revolved around the sun, a claim once so inflammatory as to be considered blasphemy.

“Specifically, content that falsely alleges that approved vaccines are dangerous and cause chronic health effects, claims that vaccines do not reduce transmission or contraction of disease, or contains misinformation on the substances contained in vaccines will be removed.”

The Lord Fauci calls upon His flock to proselytize His Word – which includes, apparently, following unmasked women through Target© and harassing them for not complying with His decree.

This emasculated, pudgy husk of a man, on the prowl for an easy target, picked a defenseless woman to stalk and “publicly shame” her (as he described it himself) as see in this now-viral Twitter video: 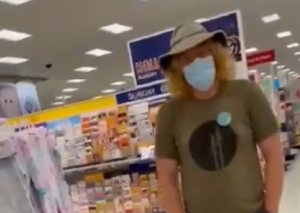 Not only is the Neoliberal Church© faithful here with the weird hat masked, he also has a “vaccinated” button that he apparently wears everywhere in public to demonstrate his piety.

Self-Sacrifice: Norwegian TV Personality: ‘I Would Love to Die From the AstraZeneca Vaccine’

The story of Cain and Abel teaches of self-sacrifice before the one true God (Big Pharma) (although the story’s nuanced moral lessons are often misunderstood or oversimplified, as I have just done). 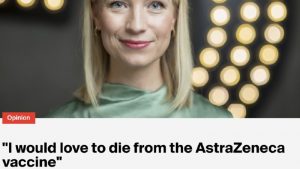 The Neoliberal Church©, as religions before, it, relies on snuffing out its opposition – in this case, better-established, more culturally-ingrained traditions such as Christianity.

The Pope, eager to expedite his descent into irrelevance as an artifact of history, issued his decree:

“Is necessary to ensure the health and wellness of the work Community in respect of the dignity, rights, and fundamental liberty of every member.”

As they say, there’s only room for one sheriff in this town. Goodbye Jesus (and First Amendment protecting religious liberties), hello Anthony Fauci. 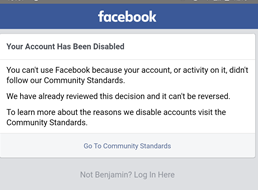