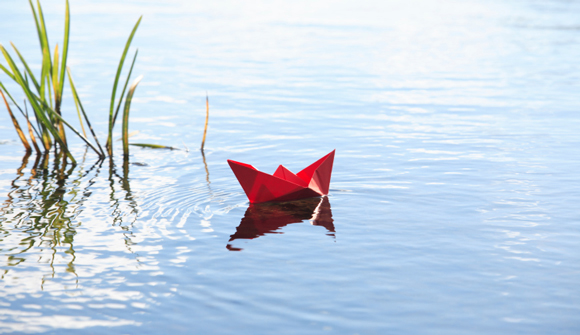 Why the Fed Won't Tank the Stock Market … Investors in the U.S. seem fixated on a gloomy outlook for 2015, in which the Federal Reserve's efforts to remove economic stimulus cause stock and bond prices to fall. They're missing an important detail: If the Fed raises short-term interest rates above those in other major economies, U.S. markets may actually benefit. – Bloomberg Opinion

Dominant Social Theme: When rates go up the market goes down. Or maybe not.

Free-Market Analysis: This is a continuation of the Wall Street Party meme. We don't believe the Fed has any intention of disinflating, let alone deflating (not seriously anyway) but just in case something happens …

… here comes Bloomberg to inform us that it doesn't matter. Not to Mr. Market anyway. If rates go up, investors will pile into the dollar, this article tells us, and related assets because the dollar will be the strongest of the weak.

You see, around the world economies continue to inflate massively: Japan, China and soon perhaps Europe. But if the US moves in the other direction, the dollar will surely receive a boost, or so we are now informed.

Investors have displayed a frantic aversion to signals that a long period of near-zero U.S. interest rates is coming to an end. In the two weeks prior to the Fed's Dec. 17 policy meeting, the S&P 500 tumbled more than 5 percent amid concerns that improved economic data would prompt the central bank to raise its short-term interest-rate target sooner. When the Fed issued a statement that suggested it was willing to wait, stocks rebounded to a series of all-time highs.

A more hawkish Fed, though, need not trigger the disaster that markets fear. Specifically, over the last two decades, U.S. equities have logged average annualized returns of 10.7 percent when the Fed's interest-rate target has exceeded that of the relevant central banks in Europe, compared to just 1.2 percent when it hasn't. An analysis of recent interest-rate cycles suggests this relationship is more than a mere correlation.

When the Fed began raising rates in January of 1994, stocks initially struggled, with the S&P 500 falling 7.7 percent by June. But after September, when the Fed's target rate exceeded those of the German Bundesbank and the Bank of England, the dynamic changed: The S&P returned 26.3 percent over the next twelve months. The same happened in 2005. Stocks started gaining as soon as the Fed's target rose above those of its European peers. Stocks also performed well during the rate hikes of 1999, when U.S. short-term rates were already higher than Europe's.

What might explain this phenomenon? The dollar and the euro (or, prior to 1999, the German mark), as the world's two primary reserve currencies, are constantly competing for investors' money, which tends to flow toward the currency that offers the highest yield. So when the Fed raises short-term interest rates above those in Europe, investors pile into the U.S., strengthening the dollar and pushing up asset prices. This, in any case, is what has happened during the last three periods of rate increases.

Of course, even though this last graf explains certain possibilities, there is more to this observation than mere history. The article goes on to state: "Attracted by the prospect of dollar appreciation and economic growth, investors will likely snap up U.S. equities, particularly dividend-rich stocks."

And it points out that even overseas' money will likely seek out US stock markets because of the dollar-link. Should the Fed actually raise rates, "bonds should benefit, too, holding long-term interest rates low relative to short-term rates."

The more demand for long-term bonds, in other words, the lower the interest rate that sellers may have to offer. A narrow gap between short and long-term rates will "keep credit flowing to companies and support mergers-and-acquisitions activity even as short-term rates rise."

So we can see, as before, that there are good reasons to believe that even were rates to rise a little, the dollar will not be inconvenienced and stock market performance may survive and even thrive. Having built up the bogeyman of high rates, US central bankers may be aware that there is an intermediate ground where rising rates may lift not lower a bull market.

Janet Yellen has already indicated that she doesn't wish to use interest rates to deflate asset bubbles. She'd rather use "regulation" – whatever that means. So … if and when the Fed begins its much speculated upward move regarding the dollar, the signs are quite extensive that it could be a feeble and timid one.

In fact, it may strengthen rather than inconvenience our "Wall Street Party." At least that is the word going out now. That is the "meme" … courtesy of Bloomberg

And once the meme is justified, reality may … conform.

Call it the history of "directed history." It applies to markets, too.