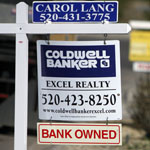 Quarterly earnings reports have reignited the dormant rally that began in early March and ran into June. The Nasdaq is on an eleven-day winning streak. The Dow dipped fractionally Wednesday but is just about break even for the year and the benchmark Standard & Poor's 500 is at its highest point since November. Skeptics warn the rally may fade as expectations get ahead of reality. But Charles Lemonides, chief investment officer with ValueWorks, says there's plenty of upside left, thanks to improving fundamentals. "When you have better economic conditions and really, really compelling valuations; and you're bumping up against the top end of a range it's sort of a good recipe for breaking through that range and going significantly higher," he says. Brian Wesbury, chief economist at First Trust Advisors, got the 'Tech Ticker' crowd going on Wednesday, when he made a similar call, saying stocks are 50% undervalued and the Dow could hit 10,000 by year end. Lemonides' call is even more bold: "I don't think it would be surprising to see a 12,000 number [on the Dow] six months to a year out," he says. But he's not done there: "You'll see the market retrace its old high which means I think that over a couple of years you'll see 15,000 on the Dow." – Politico

Free-Market Analysis: The nice thing about free-market analysis is that it really tends to put what is happening to the larger economy in its proper perspective. Free-market analysis tells us that central banks have once again begun reinflating the financial bubble and that the gains being made in stock markets have more to do with the overproduction of paper money than any fundamentals.

Those who subscribe to other forms of economic analysis, however, are likely never to figure out what is going on. They will be mystified, if they are logical creatures. They will remember that only a few months ago stock markets were on their way down and there was talk that the bottom might not be found until equity unraveled entirely. They will recall that the entire financial system looked to be ruined as of September 2008 and that only tens of trillions in new currency managed to offset the collapse of the system in America and Europe.

And, yes, free-market economics tells us that all that liquidity is finding its way back into the stock market. It was run through banks and other financial entities and now these entities, like Citicorp, are pushing the chips into the larger equity marketplace. And why not? Citi like many other very large banks received over US$100 billion to prop it up, officially making it too big to fail. If the market goes south again as it may, Citi will doubtless receive further bailouts. Here is what Citi is doing now, according to a recent Reuters article:

Don't be fooled by Vikram Pandit's playing the part of a prudent banker. Instead of scaling back risky hedge fund-style trading, Citi is doing just the opposite. And that raises big questions about why the federal government continues to bail out this basket case of a bank, and why Pandit is allowed to remain at Citi's helm. These traders buy, sell and short a wide variety of stocks, including telecom, technology, healthcare and consumer financials. And the profits and losses on those trades all go straight to Citi's bottom line. In all, I'm told that this team of nearly three dozen prop traders and analysts at Citigroup Principal Strategies will get to play with some $2 billion of house money. That's roughly the same sum of Citi capital the group had under its belt before Lehman Brothers melted down last September. Citi sharply scaled back the operation soon afterward. By the end of 2008, the Citi Principal Strategies trading group's committed capital had dwindled to under $800 million. But that was when Citi was fighting for its very survival. Now it appears Pandit has no qualms about ramping up the bank's prop trading group after getting $350 billion in capital infusions and asset guarantees from U.S. taxpayers. – Reuters

The tone of the Reuters article is disapproving, but in fact Pandit is being logical. There is a lot of money to be made in proprietary trading, and Citi was not penalized for its losses before. Why should it be penalized now? No matter who owns Citi – and the article makes the point that American taxpayers do – Pandit would be dilatory in his responsibilities were he to shy away from proprietary trading.

Now it is true that American taxpayers could rise up and demand that Citi not venture back into proprietary trading, but this probably will not happen. Just as politicians purport to speak for "nations," so the American Treasury speaks for taxpayers these days. It is actually just another way of exercising public-sector power. The entire bailout, in fact, could have been handled by the Fed, and most of it was.

Therefore, we can see, in retrospect, that the TARP funds were probably a way to provide the federal government with leverage to speak on behalf of taxpayers. And these officials know that at least in the short term, the market is being buoyed by trillions in paper money. In the longer term, as we have pointed out, there are many factors weighing against the market, derivatives, commercial defaults and imminent price inflation if the markets really take off.

In the late 1990s, there were many predictions that the Dow was on its way to 20,000 or even higher. While at some point markets may move up even more strongly than now, one wonders how many average investors have confidence that all is well with the markets. Pandit, who runs a company too big to fail, may be comfortable with more risk and more leverage, but how about the average investor who saw tremendous losses in his or her own portfolio? Lemonides may be confident of Dow 15,000 but we think a whole additional generation has been introduced to the real risks of fiat-money investing. That may be why gold is hovering near US1,000 and is just as likely to go higher as the stock market ratchets up – likely moreso.