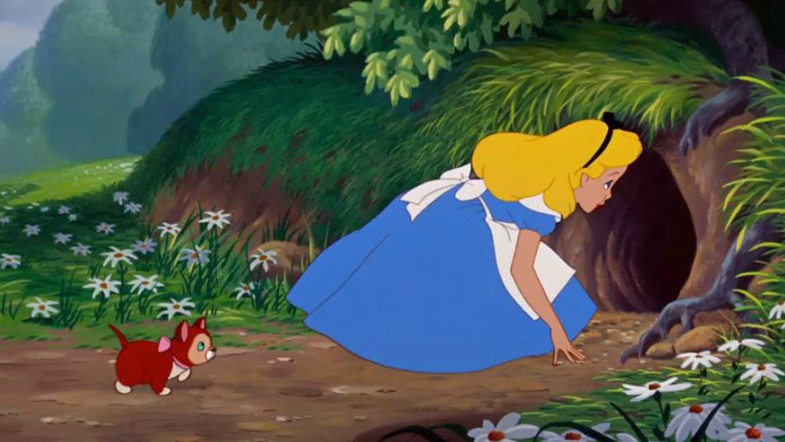 “Power is in tearing human minds to pieces and putting them together again in new shapes of your own choosing.”

Reddit just scrubbed its forum devoted to discussing Donald Trump on the shaky grounds that he engaged in the oldest of neoliberal aces-in-the-hole: “hate speech.”

“Remember the human. Reddit is a place for creating community and belonging, not for attacking marginalized or vulnerable groups of people. Everyone has a right to use Reddit free of harassment, bullying, and threats of violence. Communities and users that incite violence or that promote hate based on identity or vulnerability will be banned.”

How does a non-liberal arts graduate student begin to navigate this minefield of SJW (Social Justice Warrior) buzzwords? What do banal aphorisms like “remember the human” possibly offer as moral justifications for curtailing the free expression of Reddit users?

The management at Reddit succumbed to the SJW mob’s demand after several weeks of relentless hen-pecking by the Atlantic and other oligarch-run outlets to “face its legacy of racism” (whatever that means). 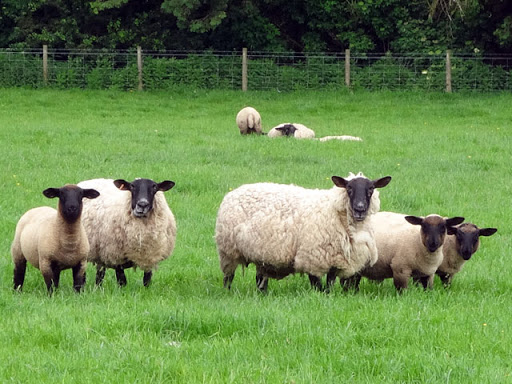 SJWs voice their bleating approval of Reddit’s jackbooted banning of wrongthink on its platform. But – as they remind us — there are always more books to be burned and more problematic opinions to be silenced.

Let’s pump the brakes on this SJW crazy train.

First of all, the hypocritical double standards are glaring; arguably the most obvious case of “hate speech” ever recorded — based on the giant platforms’ own preposterous standards — offered up in May by the dreariest beneficiary of affirmative action in standup comedy, Kathy Griffin, has gone wholly unpunished. Griffin, along with her comrades in the SJW mob, has skated by thus far because she plays for the right political team.

Griffin morphed into an internet troll/activist circa 2015 after her standup career tanked. Instead of realizing that her career had suffered because she was horrendous at her job, she refused to engage in healthy introspection and instead directed her rage outward as she took up arms against the patriarchy or white supremacy or whatever.

As part of her SJW campaigning on Twitter, Kathy Griffin posted the most egregious example of patently obvious “hate speech” based on Twitter’s own “community standards” which state that users are barred from engaging in the “targeted harassment of someone… This includes wishing or hoping that someone experiences physical harm.”

Griffin wrote on Twitter that a “syringe with nothing but air inside it would do the trick. FUCK TRUMP” in reference to murdering the president of the United States with a fatal injection of air into his veins that would precipitate cardiac arrest.

Griffin has a long history of other posts that indisputably qualify as “hate speech” pursuant to Twitter and Reddit’s own arbitrary interpretations of the invented term — ones conjured up wholesale from their overactive racialist imaginations. In 2017 Griffin posted this photo to Twitter: 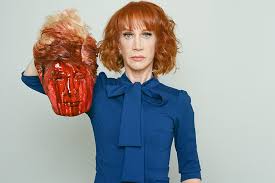 Beyond the blatant lack of creative value, this photograph unequivocally violates Twitter’s self-imposed prohibition on violent imagery that states users “may not post media that is excessively gory,” its ban “the glorification of violence,” as well as several other provisos of Twitter’s annoying “safety” policies.

The list of Kathy Griffin’s hate speech on social media is nearly endless. Last year, Griffin attempted to dox schoolchildren who had been harassed by proudly racist “Black Israelites” while attending a rally she did not approve of in Washington D.C. Griffin tastelessly called for internet vigilantes to “Name these kids. I want NAMES. Shame them. If you think these fuckers wouldn’t dox you in a heartbeat, think again.”

Again, none of Griffin’s repeated instances of clear-as-day “hate speech,” as defined by the Silicon Valley technocrats, have resulted in any disciplinary action whatsoever from the overseers.

To really uproot this wordsmithing social cancer long-term, we’re going to have to force the SJW mob to grapple with its own obscene, blatant contradictions at the heart its ideology. To date, no major public figure – arguably, outside of Donald Trump — has had the moral fortitude to hold the SJW evangelizers’ feet to the fire. No cowardly politician, Republican or otherwise, questions SJW dogma because to do so is racist sacrilege.

Nonetheless, “all white people” writ large are “complicit with racism,” as SJW High Priestess and author of #1 New York Times Bestseller White Fragility Robin DiAngelo puts it. So do whites really need concern themselves with trying in vain to get out of the unshakeable shadow of their own allege racism? Regardless of whether the mob’s enemies remain silent or voice their objections to racialist social engineering, the accusations of racism will fly anyway. 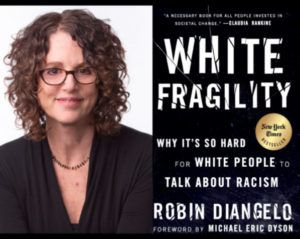 Racialist activists have attempted in vain for decades now to codify a single coherent definition of “hate speech”; the problem, as any 10-year-old could figure out on their own, is that “hate speech” is an inherently arbitrary concept that literally means whatever the speaker wants it to mean.

In other words, “hate speech” is the ultimate rhetorical truncheon for power-hungry activists to weaponize. They don’t value objectivity anyway; in their view, world history can be essentially boiled down to a subjective power struggle between oppressor and victim.

According to Holy SJW Scripture, every narrative ever written by the colonizers in the West about how the world works is Eurocentric and, therefore, obviously, racist.

Nothing is sacred. In SJW canon, even science itself — the progenitor of all the empirical data we currently have about the nature of reality — is racist. In a world void of objective truth, why wouldn’t the SJW mob run full steam ahead with any rhetorical weapons they can get their hands on? If words mean nothing anyway, they are simply tools. 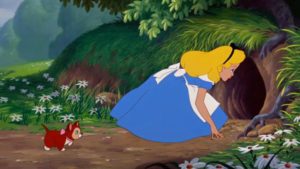 The West has taken a long plunge down the SJW rabbit hole. We are all now Alice; our home is now Wonderland. The nonsense is labyrinthine; the only way to recover our civilization is with the wholesale removal of the ideological cancer.