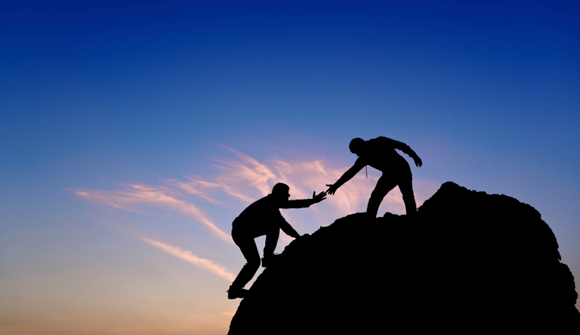 Fed at Odds With BIS on Supervisory Approach … Federal Reserve officials have been clear they would like to use regulatory policy as a first line of defense when dealing with excess risk-taking in financial markets, with interest rates to be employed only in extreme cases when other tools have been exhausted – WSJ

Dominant Social Theme: Either raise rates or regulate borrowing – but do something a hard man would admire.

Free-Market Analysis: We almost missed this strange little article about some very big issues. Seems the Bank for International Settlements is upset with the Federal Reserve over its market posture.

Fed officials want to regulate market risks and forego interest rate hikes. BIS officials are on record stating that rates are too low in the United States and that asset bubbles are being created as a result.

"Efforts to promote financial stability through adjustments in interest rates would increase the volatility of inflation and employment," Fed Chairwoman Janet Yellen said in a July speech. "As a result, I believe a macroprudential approach to supervision and regulation needs to play the primary role."

This stance puts the U.S. central bank at odds with policy makers at the Basel-based Bank for International Settlements, which has been generally critical of the Fed's prolonged interest rate policy and its potential for generating asset bubbles.

In a telephone interview with The Wall Street Journal, BIS chief economist Hyun-Song Shin–a former Princeton professor–said he fundamentally disagrees with the Fed's view that it can use targeted regulatory tools to tame the excesses created by loose monetary policy. Instead, he said the two should work in concert to either make lending conditions looser or tighter.

We can turn to an article posted at Vox to interpret the above text – as it does not explain the kind of "regulation" that the Fed has in mind. But Vox seems to clear that up for us. The story is entitled "The Federal Reserve is cracking down on giant banks' reckless borrowing."

Now, there may be other regulatory aspects to what the Fed has in mind, but the above points must surely be part of the program. And thus, based on this, we'll give the argument to the BIS.

Regulations don't kill bubbles. They never do. In fact, history shows us that once bubbles are well established and everyone is making money (for a while) those regulations suddenly come under attack and are usually watered down. Human nature. The best way to kill a regulation is to expose it to a prolonged stock market rally.

So … party on. It is very obvious that there are plentiful asset bubbles occurring in the US and we've discussed them on numerous occasions. The Fed's easy money programs have infected every part of the US economy. How in the world the Fed believes that "regulation" will puncture bubbles effectively in a fevered environment is surely a puzzle. But that is apparently the Fed's stance …

The EU is a bit behind the US when it comes to this discussion. The European Union "recovery" has been slower than the US's because various borrowing and rate tools have not been available to the EU to the degree that they have been in the US.

But Mario Draghi over at the ECB is determined to change that by powering up a form of quantitative easing in Europe. The Germans oppose this, of course. But probably it will happen to some degree even though, ironically, Europe is a good deal closer to the BIS's sphere of influence than the Fed's.

Additionally, as the article points out, the BIS is already convinced with good reason that the Fed has given birth to bubbles. Soon those bubbles shall be bouncing around the BIS's back yard if Draghi has his way.

At that point, presumably, the BIS shall press the EU to raise rates, something the Fed seems averse to doing, as we've already learned. This reluctance on the part of the Fed only confirms yet again our sense that Fed officials in particular are determined to boost the "Wall Street Party."

The idea that the Fed can regulate risk out of the market would be naïve if the Fed and its backers didn't fully understand that they are engaged in disseminating a kind of propaganda. Apparently, those in charge of US monetary policy are not worried about blowing bubbles, even big ones.

The BIS's stance is preferable, and yet the ECB is preparing to puff up US-style bubbles with its own quantitative easing. We see these two regulatory and banking giants (the BIS and Fed) as providing a clever Hegelian dialogue.

On the one hand is the BIS, which insists that regulators need to control monetary policy via rates. On the other hand is the Fed, whose officials favor a regulatory approach. Nowhere in all of this is the idea that marketplace competition ought to regulate money without the helping hand of super central bank regulators.

We are in the midst of another discussion that provides us with seemingly rational perspectives and offers us two different solutions. But both of these solutions actually involve government price fixing enforced by force. There is nothing "voluntary" about central banking policy once it is determined.

Almost always these days it seems the modern matrix offers us two kinds of government solutions. The idea of voluntary cooperation based on competitive interactions is sorely lacking in the larger dialogue.

There are plenty of ways to moderate the economy – and almost all of the effective ones involve significant and viable competition between the industrial and financial facilities that both the BIS and the Fed are determined to regulate.

Why the larger economy is not being subject to private-market competition but is instead the target of an argument over what kind of forcible regulations will prove effective is the real question.

Such regulatory (and rate) applications will only lead to more disasters. History is very clear about that.