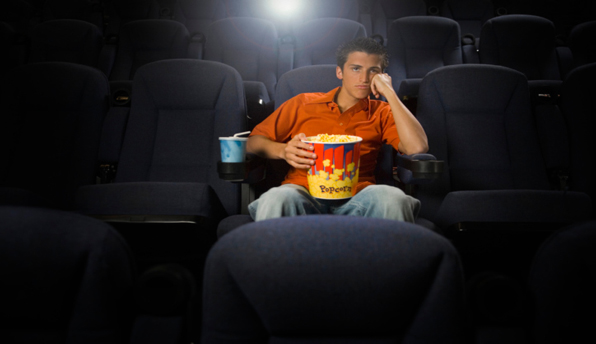 Noah epic awash in flood of controversy for green agenda and taking liberties with Bible … Hollywood studio adds "artistic licence" warning for "the least biblical biblical film ever made" starring Russell Crowe as Noah … It is truly a Hollywood epic of biblical proportions, the original disaster story of the man chosen by God to undertake the greatest rescue in history before an apocalyptic flood engulfs the world. But even before it opens in America this week and Britain on April 4, Noah, a $130 million blockbuster with Russell Crowe in the lead role, is already awash in a turbulent sea of controversy … Noah's director Darren Aronofsky, a self-described atheist who made the Oscar-nominated hit The Black Swan, has described the movie as is "the least biblical biblical film ever made" and called Noah "the first environmentalist". – UK Telegraph

Dominant Social Theme: God's Great Deluge was a product of climate change and Noah was the first environmentalist.

Free-Market Analysis: The damage of warmist fanaticism is spread far and wide across the world; we've continued to cover it because it is one of the clumsiest of dominant social themes and thus one of the most obvious.

We pointed out recently that the tragic Malaysian plane that vanished was also the victim of elite memes. First came the speculation that "terrorists" had taken over the plane. And then that officials couldn't track the plane – once downed – because the sea's circulation had been damaged by manmade global warming.

But now warmist claptrap seems about to claim one of its most high-profile victims ever: a blockbuster movie that cost hundreds of millions to make and probably even more to market.

These days, the Internet is full of "fear-based analysis" aimed at dissecting and exposing elite memes. It is an almost impossible situation and the reason, to be sure, that internationalism is now being supported and expanded via the age-old weapons of economic ruin, civic violence and military tension up to and including war.

Within this context, the controversy over a movie as important and calculated as "Noah" is an event worth memorializing.

"Noah" is not yet in widespread circulation and thus the movie may still turn out to be a hit and probably (given high-profile critical reviews) a money spinner of sorts. The movie is, in fact, receiving favorable ratings on such movie websites as Rotten Tomatoes. But the controversy that has surrounded the movie is notable because it extends far beyond the film's religious premise to the underlying warmist promotion.

In this sense, the "foundering" has to do with the pushback to such messages, a resistance that is growing stronger over time. (Interestingly, audience feedback to the movie on Rotten Tomatoes seems a good deal less enthusiastic than its reception among certain notable film critics, at least thus far.) Here's more:

Amid a wave of criticism from some Christian groups about its loose interpretation of a sacred script, the Paramount studio has taken the unusual step of issuing an "explanatory message" to accompany Noah epic awash in flood of controversy for green agenda and taking liberties with Noah.

It notes that while the film is "inspired by the story of Noah… artistic licence has been taken". And it adds, for anyone unclear about the source material: "The biblical story of Noah can be found in the book of Genesis." It has also highlighted praise for the film by some Christian leaders.

After advance test screenings, there were complaints that the film did not adhere strictly enough to the Old Testament verses and portrays Noah as an environmental crusader to deliver a secular ecological doomsday message. "The insertion of the extremist environmental agenda is a problem," said Jerry Johnson, president of the National Religious Broadcasters group.

… Aronofsky's version of Noah is described as a "dark parable about sin, justice and mercy" in which Noah must decide who is good enough to make it on the boat that will save humanity.

… It is not of course the first time that Hollywood epics have come under fire from some biblical scholars for their interpretation of the scriptures. Ben Hur and The Ten Commandments both faced similar criticism, And even strict adherents to the Bible note a problem in trying to make a film out of the story of Noah – it is just 40 verses in length, which would make for about 10 minutes on screen.

… "Movies aren't meant to preach. Movie's aren't sermons, and so if they can bring up the topic and start conversations, that's a good movie," said Karen Covell, founder of the Hollywood Prayer Network. "And this one made me ask questions."

Phil Cooke, a Christian media producer and consultant, who has advised the studio on the film, said: "Christians have to stop looking at Hollywood as the enemy, and start reaching out. Missionaries have discovered that you don't change minds by criticism, boycotts or threats. You change minds by developing a relationship and a sense of trust."

Did you notice the quote above, "Movies aren't sermons"? Pardon? This certainly feels like one. Warmism is surely a secular religion at this point for many, though at the very top it is not a belief structure so much as a means to an end: the spread of Anglosphere internationalism via regulatory terrorism.

In any event, Hollywood has been taken to task once again, and the cynicism of the Age not only endures in the 21st century but, as we have predicted, it expands.

This article – somewhat defensively, in our view – makes the point that other movies that utilize biblical storytelling have experienced controversy as well. This is disingenuous because it is very likely that the larger controversy has to do with global warming not the religious theme.

Those involved with the movie were warned. A devastating critique of the movie was penned some six months ago while the movie was still a work in progress. Presumably, certain elements could have been changed or at least muted. But that doesn't seem to have happened.

The critique was authored by Brian Godawa and entitled "Noah: Environmental Wacko." Here's an excerpt:

Noah paints the primeval world of Genesis 6 as scorched arid desert, dry cracked earth, and a gray gloomy sky that gives no rain – and all this, caused by man's "disrespect" for the environment. How Neolithic man was able to cause such anthropogenic catastrophic climate change without the "evil" carbon emissions of modern industrial revolution is not explained.

Nevertheless, humanity wanders the land in nomadic warrior tribes killing animals for food or wasteful trophies. In this oppressive world, Noah and his family seek to avoid the crowds and live off the land. Noah is a kind of rural shaman, and vegan hippy-like gatherer of herbs.

Noah explains that his family "studies the world," "healing it as best we can," like a kind of environmentalist scientist. But he also mysteriously has the fighting skills of an ancient Near Eastern Ninja. (Hey, it's a movie, give it a break). Noah maintains an animal hospital to take care of wounded animals or those who survive the evil "poachers," of the land.

Just whose animal rights laws they are violating, I am not sure, since there are only fiefdoms of warlords and tribes. Be that as it may, Noah is the Mother Teresa of animals. Though God has not spoken to men or angels for a long time, Noah is haunted by recurring dreams of a rainstorm and flood that he surmises is God's judgment on man because as Noah says, "At our hand, all he created is dying." The trees, the animals, and the environment. "If we change, if we work to save it, perhaps he will too [save us]." Or as grandfather Methuselah reiterates, "We have destroyed this world, so we ourselves will be destroyed. Justice."

… The notion of human evil is more of an afterthought or symptom of the bigger environmental concern of the great tree hugger in the sky … Like a magical Mesopotamian Dr. Doolittle, Noah has the ability to "lead" the animals peacefully into the ark as they come from every corner of the earth. And yes, even the insects.

… Meanwhile, Noah has himself become a bit psychotic, like an environmentalist or animal rights activist who concludes that people do not deserve to survive because of what they've done to the environment and to animals. Noah deduces that God's only reason for his family on the boat is to shepherd the animals to safety, "and then mankind disappears. It would be a better world."

He concludes that there will be no more births in this family so that when they start over in the new world, they will eventually die out, leaving the animals in a humanless paradise of ecoharmony and peace. As Noah says, "The creatures of the earth, the world itself, shall be safe." (Except for slamming intergalactic meteors, non-anthropocentric global warming, ice ages, sun spots, volcanoes, earthquakes, tsunamis, hurricanes, and that "survival of the fittest," eat-or-be-eaten thing. But other than that… "safe.")

His ethical reasoning? The same as all environmentalist activists: The ends justify the means. "We must weigh those [human] lives against all creation." Shades of Malthus and Al Gore.

This is incredible stuff. Why would a studio release a movie almost certain to offend religious elements with a secular interpretation of the Bible, one that would likely offend tens of millions in the US and abroad who are deeply suspicious of the warmist doctrine and then, on top of it, add a goodly helping of eugenic propaganda?

The answer to the above question is that "Hollywood" simply couldn't resist. The international elite that basically runs Hollywood probably found that using the tale of Noah as a metaphor for climate change was simply too tempting to pass up.

As we have been documenting, the top elites have apparently decided that it is feasible to reignite the warmist meme using climate change as the propellant.

The idea is – so far as we can tell – to use military technology to generate hurricanes and other kinds of weather related cataclysms. While this is, of course, a "conspiratorial" approach toward global warming, there is a "patent trail" that seems to prove that weather control technology exists.

Were one to want to promote the meme of "climate change" it would apparently be relatively easy to create certain controlled weather disasters and then blame them on manmade weather changes.

In fact, it doesn't matter whether people believe it or not. Create the rationale and then produce the requisite legislative result.

This is how directed history works in the 21st century. The trouble is that the more the power elite shows its panicked contempt for those masses that the Internet has enlightened about their manipulation, the more polarized factions of society become.

Noah should be seen not so much as a warning about warming so much as a warning that these kinds of societal manipulations simply are not working anymore, or not the way they used to. And that has profound military, civilian, societal, economic and investment ramifications.

Note: Revised and updated on date of publication.