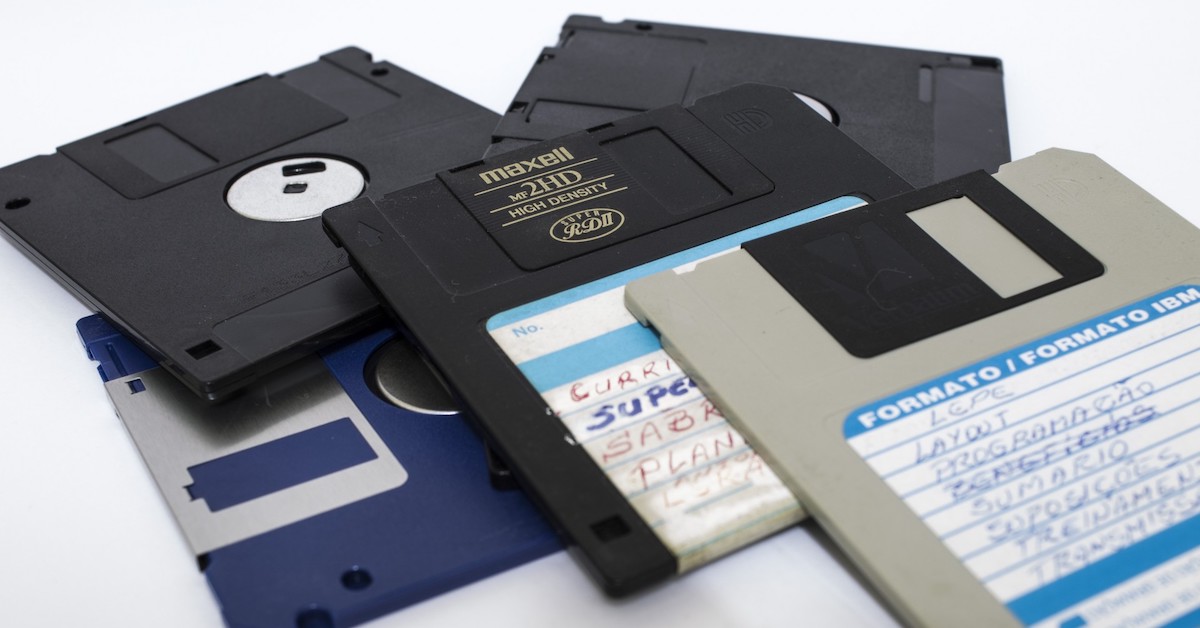 Are you ready for this week’s absurdity? Here’s our Friday roll-up of the most ridiculous stories from around the world that are threats to your liberty, your finances and your prosperity.

I suspect our younger readers might not know what a floppy disk is, let alone have ever seen one.

Whereas today we have USB drives etc. to copy and store files, the standard used to be ‘floppy disks’ several years ago.

A 5 ¼ inch floppy disk had a maximum capacity of 1.2 megabytes. Today even the smallest USB stick is at least 1,000x the size.

And the 8-inch floppies could store a whopping 80 kilobytes of data– that’s barely enough space to store a single email.

Up until now, the Air Force had been using these floppy disks to store data crucial to operating its intercontinental ballistic missile command, control, and communications network!

An adult filmmaker in the United Kingdom contacted a local woman who had recently posted seductive photos on social media and asked if she would like to participate in a pornographic scene with him.

Unbeknownst to this man, the woman he contacted is transgender and still has male bits and pieces.

When he found this out, the man withdrew his offer to shoot a scene with her. It wasn’t the scene he was looking for, and he wasn’t personally willing to participate in the act.

She has subsequently called the police, claiming that, because the man refuses to sleep with her, his transphobic discrimination is unfairly holding back her modeling career.

And believe it or not, police are investigating the incident as a hate crime.

Whitney Houston’s “I Will Always Love You” was the number one hit in the US the last time New York City had a weekend where no one was shot.

It took 26 years for another weekend to go by in NYC without a shooting.

We just wanted to say congratulations to New York City for having a weekend free of shooting deaths.

China tells a citizen protesting overseas to “think of your family”

A Chinese citizen living in Germany recently participated in a hearing in Berlin that was investigating Chinese human rights abuses. Then he got a strange phone call.

It was from his sister, who he hadn’t heard from in years. She asked him to stop speaking out against the Chinese government.

And then an unnamed Chinese official took the phone and told him “You’re living overseas, but you need to think of your family while you’re running around doing your activism work in Germany,” he said. “You need to think of their safety.”