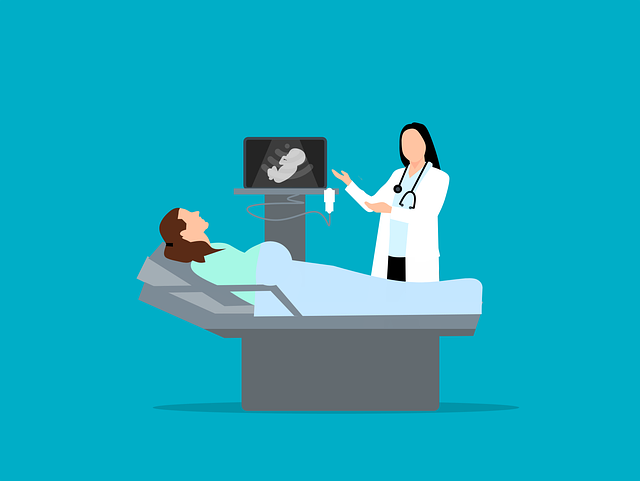 The science denialism started with blurring the lines between boys and girls.

From there, it expanded to include the numerous pseudoscientific and contradictory oddities of the Public Health© COVID-19 guidance we’ve been treated to in the past two+ years, such as that natural immunity following viral infection somehow doesn’t occur with COVID like any other coronavirus in history.

Then the science denialism purveyors moved onto the “climate change causes heart attacks” narrative – even though the cited “experts,” once the reader gets past the sensational headline*, admit they actually have no idea how the two might be causally linked:

(*The corporate media understands that, unfortunately, some huge percentage of readers – 80% of them by some estimate — don’t, in fact, ever get past the headline. So they can write whatever misleading headline they want, save the facts for the 12th paragraph and still maintain plausible deniability.)

Sometimes the corporate media get extra woke and throw in their own social justice angle just to spice things up. The end result is a mix-and-match progressive word salad that somehow connotes empathy and enlightenment and assures the reader of the moral superiority of the corporate state – “people of color” being the ultimate catnip clickbait to the midwit suburban liberals who still uncritically consume legacy media. 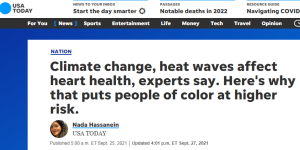 In its most recent anti-science crusade, the left has moved on to tackling the mythology of fetal heartbeats. As Democratic candidate in Georgia’s gubernatorial race, Stacey Abrams, explains, fetal heartbeats don’t actually exist.

“There is no such thing as a heartbeat at six months. It is a manufactured sound designed to convince people that men have a right take control of a woman’s body.”
– Stacey Abrams

Fetal heartbeats have never existed; they are Russian disinformation, manufactured in collusion with the White Patriarchy.

Soon anyone who claims otherwise on social media will get banned for misinformation. Once in office, Governor Abrams will pen legislation prohibiting hatespeech against birthing persons who elect to terminate their pregnancy, the definition of which will include echoing the far-right conspiracy theory that fetuses have heart beats.

Thank God we have MSNBC of the internet, Clinton machine-funded Young Turks to explain to the peasants when they are to use the phrase “birthing person” in lieu of “pregnant woman”:

(Notice the condescension: they don’t persuade; they instruct.)

In fact, a vaginal ultrasound on a birthing person can pick up a fetal heartbeat as early as six weeks into a pregnancy — far earlier than the six-month (24-week) timeframe.

But because they have no shame, neoliberals posture as the defenders of The Science©, not the perverters of actual science.

The most brazen in the biomedical social engineering cult take the hubris to level 12, like COVID Warlord Anthony Fauci declared that he literally is The Science©, one and the same, and that criticism of his reign as NIAID Director is criticism of science itself:

“Attacks on me, quite frankly, are attacks on science.”
-Warlord Fauci

The United Nations “global communications representative,” Melissa Fleming recently similarly declared ownership over The Science©, as if it were a commodity to be bought and sold and bartered with and not a method of free inquiry designed to test orthodoxies, to include ones passed down by the state.

“We own the science.”
-UN ‘global communications representative,’ Melissa Fleming

They own it, and they’re using it to steamroll reality, to be remolded in their own image.

“Why must we stay where we don’t belong?
…
You know there’s always gonna be pedigree
One own the air, one pay to breathe”
-NOFX, ‘Eat the Meek’