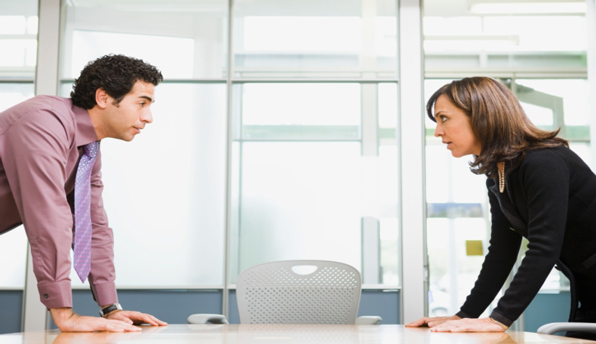 Charles Koch: How to Really Turn the Economy Around … For years, Washington politicians have said that our economy is turning the corner. They said it in 2011, in 2013 and again last week — every time they report a quarter with 4% economic growth. But each time, the economy has turned sluggish again. Like most Americans, I am deeply concerned about our weak economic recovery and its effects on millions of families. Opportunity, especially for the young and disadvantaged, is declining. High underemployment has become our new norm. The effects of underemployment are not just economic, they are also social and psychological. Real work is an important part of how we define ourselves. Meaningful work benefits both us and others. Those who lack real jobs often end up depressed, addicted or aggressive. Today, opportunities for such work are not what they should be. We need a different approach, focused less on politics and more on basic principles. – USA Today

Dominant Social Theme: More freedom will cure what ails us. Congress, get to work!

Free-Market Analysis: One of the most prominent and certainly one of the richest libertarians in the USA has written an editorial in USA Today presenting free-market oriented suggestions that would make the US a more prosperous and satisfying place to live.

The points being made are certainly well thought out and Charles Koch, CEO of Koch Industries, is to be congratulated for the time he's obviously put into his proposals and also for the larger concern he is showing in trying to improve what's gone wrong.

Mr. Koch doesn't have to make these points and CEOs of many large companies would not (and do not) because such activism would expose them to considerable controversy. So, it's to Mr. Koch's credit that he is voicing them.

The Koch brothers – Charles and his brother David, a Koch executive vice president – generally get negative media coverage from the mainstream press over their libertarian views, and one could easily advance the notion that they would benefit from a lower profile. But as it is, they are major targets for the leftist, mainstream media.

In part, this is due to their US$80 billion fortune that they derive mostly from oil and gas via a company founded by their father. Charles and David bought out their two brothers in the early 1980s to take a controlling interest in their conglomerate.

The main criticism leveled at the brothers is that their activism is self-serving. A more logical charge would be that the Kochs are playing a role, self-assigned or not, in adopting a dialectical position favoring libertarianism that actually benefits the elite's authoritarian agenda in the US.

That's because the US drift toward authoritarianism is surely no accident but a deliberately managed affair. If there is no controversy, no dialectic, it becomes far more difficult to galvanize public opinion and point it in the direction of further centralization and globalism.

One could argue, therefore, that the Kochs, knowingly or not, are abetting what they speak out against. And yet … only the most cynical would suggest that the Koch brothers don't believe in their arguments or are not passionate about expanding freedom in the US. This editorial enunciates reasoned libertarian changes that Charles Koch would like to see made:

First, we need to encourage principled entrepreneurship. Companies should earn profits by creating value for customers and acting with integrity, the opposite of today's rampant cronyism. Too many businesses focus on getting subsidies and mandates from government rather than creating value for customers. According to George Mason University's Mercatus Center, such favors cost us more than $11,000 per person in lost GDP every year, a $3.6 trillion economic hit.

… Compounding the problem are destructive regulations affecting whether and how business invests and employees work. Federal rules cost America an estimated $1.86 trillion per year, calculated the Competitive Enterprise Institute. At Koch Industries, we've seen how punitive permitting for large projects creates years of delay, increasing uncertainty and cost. Sometimes projects are canceled and jobs with them. Meanwhile, 30% of U.S. employees need government licenses to work. We need a system that rewards those who create real value, not impedes them.

Second, we should eliminate the artificial cost of hiring. Government policies such as Obamacare have given businesses a powerful incentive to hire two part-time people to do one full-time job. This trend was reflected in June's employment data, which included the loss of half a million full-time jobs. In 2007, 4.4 million Americans worked part-time jobs because they could not find full-time work.

… Third, we need to guide many more people into developing skills and values that will enable them to reach their potential. Everyone knows education increases a person's ability to create value. But the willingness to work, an essential for success, often has to be taught, too.

… Finally, we need greater incentives to work. Costly programs, such as paying able-bodied people not to work, are addictive disincentives. By undermining people's will to work, our government has created a culture of dependency and hopelessness. This is most unfair to vulnerable citizens who suffer even as we say they are receiving "benefits."

… Our government's decades-long, top-down approach to job creation has failed. Its policies have made our problems worse, leaving tens of millions chronically un- or underemployed, millions of whom have given up ever finding meaningful work.

Charles Koch is arguing that entrepreneurs need to speak out more and also to refuse to engage in mercantilism – often called crony capitalism. For Charles, as for many other libertarians, this is a critical issue. Owners of US firms ought to create better goods and services and seek their advantage in the marketplace rather than spend time and money influencing the political system to give them unfair advantages.

The rest of the article deals with the workforce. Koch argues that the federal government ought to get out of the business of telling corporations how much they need to provide workers in terms of benefits and salary. Generally, the welfare state encourages dependency, but responsible corporate citizens should help create programs that teach people skills they will need in the workforce as well as a proper attitude.

Top-down worker and employer mandates are obviously not performing as advertised and Koch would like to see a reduction in them, along with regulatory structures that impede employment and advance joblessness.

This is fine so far as it goes. But as we have pointed out many times, the fundamental shapers of modern Western economies are corporate personhood and monopoly central banking. We'd rather that the Koch brothers advanced arguments about the pernicious influence of these two lynchpins of modern authoritarianism instead of just advocating regulatory rollbacks and a reduction, generally, in government intervention.

The great libertarian economist Murray Rothbard had considerable differences of opinion with the Koch brothers for just this reason. Rothbard perceived that the rot of modern capitalism went far further than even mainstream libertarianism proposed. By advancing what some might consider to be peripheral arguments, the Koch brothers are not always supporting a more extensive conversation about what's gone wrong.

Such solutions as those enunciated here are relatively easy to attack because people know instinctively, especially nowadays, that the problems of society run far deeper than regulatory or fiscal malfeasance. No doubt the views expressed by the Koch brothers are worthy ones, but by not necessarily penetrating to the heart of modern difficulties, the Kochs are also in a sense confusing the issue.

Right now the Kochs are indeed the face of libertarianism for many in the mainstream media; but it would be nice to have an alternative proposing a more fundamental freedom-conversation. Given the pace with which what we call the Internet Reformation is reshaping sociopolitical and economic expectations, we would tend to believe at some point such a viewpoint may emerge.

Government is rarely the solution to the problems that government creates. What is most practical is determining to take personal human action to address problems being inflicted by the warfare/welfare state. We've suggested that people ought to analyze dominant social themes such as the "Wall Street Party" (that we have often mentioned), take profits as they can, hold gold and silver along with several passports if feasible, and generally build a personal and familial infrastructure of independence to the greatest degree possible.

For most people, personal responses to corporatism are not only feasible, they are more practical and preferable to lobbying the system for changes that it's not structured to provide.