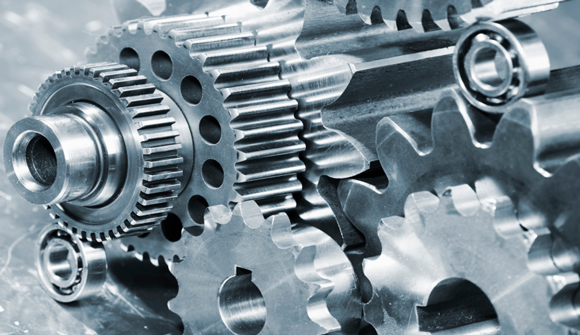 Dominant Social Theme: The Fed will need to readdress the research that resulted in the 25 basis point rate hike. But it's totally understandable given the complexity of the decisions and the pressures of the job.

Free-Market Analysis: If you raised prices on a particular item and caused its entire market to collapse, you'd probably be fired.

But that is not what's happening to Janet Yellen. Instead, we're exposed to articles like this one in the Financial Times that go on and on – presumably with a soporific strategy.

The major media is obviously not enamored with mocking Ms. Yellen. The idea is that we ought to recognize that being the boss of the Fed is an extremely hard job. Yellen doesn't need our contempt; she needs our understanding.

The article is artfully written. Eventually we are supposed to lose track of its point and simply, vaguely recall that Yellen is "watching the markets closely."

It does begin with some criticism of Yellen's tepid hike, coming a few days before the market disasters. The first weeks of January were the worst EVER RECORDED. It made Yellen's decision to hike look, well … idiotic – not that FT will use that word.

Stung by brutal declines in the S&P 500 index, some Wall Street investors are accusing the Fed of failing to appreciate the dangers brewing overseas. Instead of soothing the markets, US policymakers are accused of fraying nerves and exacerbating outflows from emerging markets by purportedly clinging to a strategy that envisages further increases this year.

"The market views tightening as a mistake now," says Jordi Visser, chief investment officer at Weiss Multi-Strategy Advisers. "I don't think 25 basis points matters much but the market clearly does. We're now closer to a recession than we all realise."

While this sort of reporting is at least realistic, the Financial Times can only keep it up for so long before returning to the kind of tone and descriptions that central banking always receives in mainstream media.

It is a respectful tone with ruefully analytical descriptions. Second-guessing of Fed decisions is an "occupational hazard," we learn. Ms. Yellen has received irate criticisms from the "political right" but also from "poorly positioned" hedge fund managers.

The article soon provides us with a retrospective, reminding us that Ms. Yellen was "initially praised for her handling of the rate rise." It came, by the way, "without a single voice of dissent."

Everyone was on Ms. Yellen's side at the time. It was an eminently practical move.

The article trundles along in this way, soliciting a broad gamut of opinions along with descriptions such as "controversial" and "renewed criticism." What will the Fed do now? "They hold, they postpone, but they don't reverse."

Along the way, we get a compendium of already discussed-to-death points about the world economy, including the oil price shock, China's market weakness and America's continued economic struggle despite the "green shoots" that Ms. Yellen and her cohorts evidently detected.

Here's how the article concludes:

Ms Yellen will give further clues in February when she addresses Congress in testimony on Capitol Hill. A few weeks after the Fed lifted rates in a flurry of optimism, the ground has shifted beneath the feet of Ms Yellen and her policy committee. Whether or not their gamble on higher rates ends up being vindicated will depend heavily on global developments, many of them well beyond America's control.

And here is our conclusion: By any measure this was a whopper of a miscalculation. Now for the next umpteen months, economic descriptions will have to be carefully fudged so that Yellen and the rest of the Fed Board don't look even more foolish than they do now.

Does anyone really believe the world is healthy economically? Europe is racked by migration issues. Russia and the Middle East are bogged down in a shooting war. Saudi Arabia and many multinationals are trembling from precipitous drops in the price of oil.

The US is supposed to be the healthiest among the West's industrialized countries, but 90 million workers have "stopped looking" for work and over 40 million Americans are on food stamps.

Perhaps these statistics weren't available to Ms. Yellen when she decided to hike. Or perhaps she'd just forgotten about them.

But the hike and its aftermath were destructive to the world's economy and terribly embarrassing for the world's leading central bank. It is a testimony to the extraordinary resilience of the Fed's super powerful meme that its board and Ms. Yellen in particular didn't suffer a good deal worst than they got.

Were the Fed an ordinary institution, were Fed officials evaluated the way normal people are, the hike would probably have been a flashpoint for a much larger firestorm of criticism.

But the Fed is not going to suffer from significant mainstream criticism. Not now and not ever. The US is struggling through a kind of Greater Depression along with the rest of the world, but you will never hear that phrase attached to our modern times.

And the US, according to the Fed, is beginning to scale the heights of a recovery. Never mind the trillions in national debt, the US$200 trillion in total, nominal debt and the thosand trillion in derivatives dealings.

The system is hardly realistic at this point. Banks are experimenting with negative interest rates and politicians and bankers are calling for the "end of cash." Switzerland of all places is about to have a vote on whether or not to provide its citizens with guaranteed income.

There is not an ounce of real truth presented in the mainstream media these days when it comes to the world's true economic situation. The discussion is no more realistic than the non-criticisms of Ms. Yellen's rate hike.

It is only the monopoly printing power of central banks that keeps the world's economy staggering along. But every day that goes by, distortions build. The dollar is manipulated higher while gold and silver are manipulated lower. In the US, anyway, the majority of jobs being created are in the service sector. Retirees are returning to work at McDonald's.

For those who understand – and many are readers of the alternative media – it is clear what needs to be done on a personal, national and international level. But as we have pointed out before, one needs to begin with a realistic assessment of what can be accomplished.

Conclusion: For the most part one starts by securing the wealth and safety of oneself and one's family first. This is not the time to "save the world." Far from it.