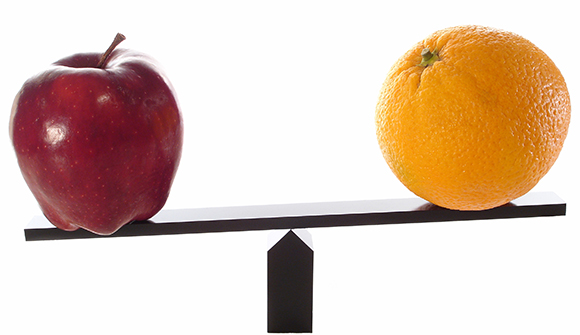 A new era of central banking and the next crisis … The new Bank of England governor Mark Carney has probably just about settled into his office in his first week at the helm of the Bank of England. He's taking over at a time when there is a big change in the Bank's remit to control credit as well as consumer prices. It's the end of targeting just inflation for central banks. But, how will it work if they also target financial stability? As the Bank of England has set up a new Financial Policy Committee (FPC) to manage financial stability alongside its existing Monetary Policy Committee (MPC), it is in some ways further ahead than other central banks in adopting what is termed "macroprudential policy" alongside "inflation targeting." – BBC

Dominant Social Theme: This stuff is so complex. They sure need a big vocabulary.

Free-Market Analysis: If a central banker wanted to take a nap he would describe it as a "prone reversion to the mean." These fellows are always coming up with fancy ways to describe what we would humbly characterize as simplistic and even financially illiterate economic policies.

Of course, central banking itself is an illiterate facility. It is impossible to set the price and volume of money for a given region or economy because the future is not predictable and statistics are inevitably backwards looking.

The whole idea of central banking, which has caused so much damage, is illogical and unworkable. The great tragedy of the past century is that despite its ruinous futility, central banking has expanded from a handful of banks to about 150, many coordinated via the Bank for International Settlements out of Switzerland.

Those who run central banking will go out of their way to ensure that basic conversations about the practice are never sustained at a policy level. In fact, we're sure there is a highly paid staff that comes up with various central banking nomenclatures, to distract the public from basic questions.

Perhaps the nomenclature is simply rooted through Britain's Tavistock, which generally does internationalism's heavy lifting, from what we can tell. In any event, those who run these facilities never use a simple word when a complex one will do.

Quantitative easing, for example, is simply the mechanism by which central banks print money-from-nothing and then use that digital currency to buy up government debt that has no other bidders.

It's termed macroprudential policy or macroprudential regulation because the central bank is to ensure that commercial banks operate in a prudential manner and regulate systemic or macro risks. Just to complete the set, the Bank will also regulate individual banks and look after consumer welfare.

My colleague, Robert Peston, has written about the issues [Bank of England's Governor Mark] Carney will confront that stem from the Prudential Regulation Authority. Here's a macro version to add to Carney's to-do list. The end of an era Inflation-targeting began when New Zealand adopted it in 1991, and since then it has become the dominant regime among major economies.

The Great Moderation of the past decade and a half referred to business cycles that were more moderate than before. Recall the former British Prime Minister Gordon Brown boasting that he had defeated "boom and bust". Of course, the bust that followed was spectacular – and not in a good way.

… If the interest rate is used to target inflation, then other tools are needed to target financial stability. This is where tools such as imposing counter-cyclical capital requirements and sectoral capital buffers come in.

What the former means is that banks would have to hold more capital during the good times, so they lend more prudently during booms. During busts, when their tendency will be to pull back, such requirements may have the opposite effect.

Sectoral capital buffers could mean that certain parts of the market, like mortgages, are subject to specific limits. These are not the only possibilities, as there are also other tools such as leverage and liquidity ratios.

Assuming that the goal is appropriately defined and the tools properly specified, there are still coordination and implementation issues … Ultimately, we all hope that the Bank of England and other central banks can manage to come up with the right set of tools – if not to prevent, then at least to limit the fallout from the next banking crisis so that it doesn't drag the world economy down with it to the same extent as in the 2008 global crisis.

The Bank of England looks to be at the forefront. Even more attention will be paid to the UK's so-called financial "rock star", the new Governor, to see what he can deliver. Getting this right could mean preventing another banking crisis, so the stakes couldn't be higher.

So now, reading between the lines, it becomes clear. Central banks – quasi private/public entities – are not just to fix the price and value of money, they are to "regulate individual banks and look after consumer welfare."

And the Bank of England, we learn from this BBC article, is on the front lines when it comes to implementing this mandate. Talk about failing upward! Each time central banks such as the Bank of England show us the practice is unworkable they somehow gain more power

In reality, we can increasingly see behind the curtain. We've had over a century of experience with central banks and they haven't alleviated financial disasters and have, in fact, seemingly participated in the creation first of the Great Depression and now of the Great Recession.

All the two-dollar words in the world cannot disguise the basic incompetence of the system – or that it simply doesn't work as advertised.

We guarantee that Macroprudential Policy is not going to be any more effective than any of the other price-fixing activities in which central banks are involved.